Skip to content
Loading...
How A Small School In Rural Zambia Will Finally Get Electricity
7 Water And Energy Conservation Strategies For Large Families
How 200 Solar Lights Found Their Way To A Small School In Rural Zambia
Ørsted Consolidates Customer Solutions & Bioenergy Divisions
India’s NTPC Limited Offers Solar Power Project Management Services To ISA Members
5 Tips to Make Your First Bike Commute to the Office a Successful One
Congress Charges Ahead on Energy Storage: (BEST) Act
First Round of 15 Winners of Reinventing Cities Competition Announced, Creating New Beacons of Sustainable Design & Construction
5 Major UK Businesses Powered by Renewable Energy
Buy An Electric Car And Save The Planet! Not So Fast, Consider The Alternatives First
Why Do Republicans Now Hate On Christian Morals, National Security, Democracy, The US Constitution, The Rule Of Law, The FBI, The CIA, Honesty, & The US Deficit?
Don The Con & Crew Creating Alternative Reality That Is Almost Completely Fake
Nasty Gas Smells In Long Beach Launch AQMD Long-Term Investigation — We’re There, And It’s About Time!
Sponsored 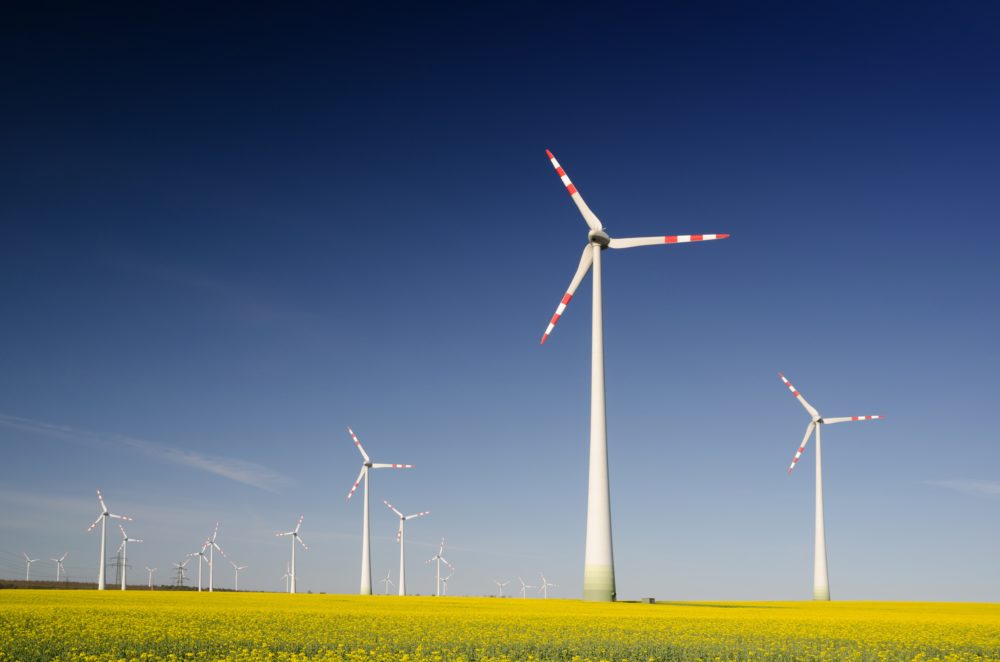 Electricity generation from renewable energy has been growing steadily (if not quickly) over the last 10 years. In fact, since 2009, it’s grown by across the United Kingdom and in Scotland, renewables beat all other sources including coal, oil, gas and nuclear to be the most used.

Of course, this is a step in the right direction as fossil fuels aren’t just depleting, they’re releasing greenhouse gasses that are harming our planet in devastating ways. (In case you haven’t heard, climate change is real).

Fortunately, businesses – which, by the way, consume a whopping 56% of the UK’s energy – are leading the way by going green using onshore and offshore wind, solar, hydro and bio energy to meet their electricity needs.

The Benefits of Going Green

While the main benefit of going green is a reduced carbon footprint, there are plenty of other incentives for businesses to clean up their act in terms of energy consumption.

According to a study conducted by analysts Kantar Millward Brown on behalf of Ørsted, 73% of UK consumers support businesses partly powered by renewable energy and 60% revealed a preference towards products with a green message on the label. It’s information like this – supported by the economic growth of sustainable products from companies like Ikea and Unilever – that drove global brewers Anheuser-Busch to place a renewable electricity label on all Budweisers brewed using 100% renewable energy.

With the cost of renewable energy decreasing 23% for onshore wind and 73% for solar since 2010, The International Renewable Energy Agency predicts that by 2020, these clean sources will be cheaper than fossil fuels. The UK government has also gotten involved to help drive costs down in order to increase uptake by creating schemes including Feed-In Tariffs and The Renewable Heat Incentive.

So, which UK businesses are leading the way towards a greener future?

As a business owner, it can be difficult to make a leap into the unknown. Perhaps the best way to alleviate some of that apprehension is to lead by example.

Here are 5 UK businesses that are taking renewable energy seriously.

Over the last several years, Sainsbury’s has revealed a number of initiatives in support of clean energy. Back in 2012, they partnered with UK energy company E.ON to deliver 100 MW of renewable energy to its stores. The goal? To reduce their absolute operational carbon emissions 20-30% by 2020.

Their commitment to sustainability persists as last year they announced that they’ll be deploying efficient, long-lasting LED lights in more than 450 stores. They’ve also invested in new aerofoil technology for in-store fridges.

While you may not have heard of Chase Distillery, you’re likely familiar with the founder’s other brand, Tyrells. And, where Tyrells might falling short in terms of sustainability when compared to competitors, Chase Distillery is leading the way. In fact, the distillery (specialising in gin and vodka) is on its way to being totally ‘off grid’.

How? Not how you’d expect…

Instead of using solar or wind energy, the drinks supplier is using the steam produced from putting the prunings of 200-year-old apple orchards in a boiler.

Gatwick, the UK’s second largest airport, has joined giants like Google and Microsoft as a member of the climate group RE100 which is committed to 100% renewable energy.

With a target of 25pc by 2020, the airport has already surpassed their goal as they became one of the first airports in the world to achieve 100pc carbon neutrality.

After leaving carbon generation behind in 2018, Scottish Power is set to become the first major UK energy company to switch to completely clean energy. And, with all of its coal plants closed and the company’s final gas and hydro stations sold, they have no choice but to deliver on their promises.

So, what exactly have they promised? To double its clean energy sources and deliver cleaner and cheaper energy for Brits.

Sir Richard Branson and Virgin have embraced renewable energy for years and it’s evident through the group’s investments.

Back in 2016, Virgin purchased the BMR Jamaican Wind Farm and more recently, they invested in M-Kopa, an off-grid solar company in Africa. Virgin has also made a point to set an example with its trains and aircrafts. Not only has Virgin Atlantic managed to cut carbon emissions by 20% over the last decade, Virgin Trains have pledged to reduce CO2 emission by 4% at each of their stations.

How Your Business Can Join The Revolution

With enough space you can become a net-provider to the energy grid by installing solar panels or wind turbines on your land, connecting the equipment with specific renewable energy cables to the wider grid.

Not enough room for that? Aim to be energy self-sufficient by installing panels or smaller scale installations on your building roof or in the car park, saving money on your annual energy bills in the process.