Skip to content
Loading...
How A Small School In Rural Zambia Will Finally Get Electricity
7 Water And Energy Conservation Strategies For Large Families
How 200 Solar Lights Found Their Way To A Small School In Rural Zambia
Ørsted Consolidates Customer Solutions & Bioenergy Divisions
India’s NTPC Limited Offers Solar Power Project Management Services To ISA Members
5 Tips to Make Your First Bike Commute to the Office a Successful One
Congress Charges Ahead on Energy Storage: (BEST) Act
First Round of 15 Winners of Reinventing Cities Competition Announced, Creating New Beacons of Sustainable Design & Construction
5 Major UK Businesses Powered by Renewable Energy
Buy An Electric Car And Save The Planet! Not So Fast, Consider The Alternatives First
Why Do Republicans Now Hate On Christian Morals, National Security, Democracy, The US Constitution, The Rule Of Law, The FBI, The CIA, Honesty, & The US Deficit?
Don The Con & Crew Creating Alternative Reality That Is Almost Completely Fake
Nasty Gas Smells In Long Beach Launch AQMD Long-Term Investigation — We’re There, And It’s About Time!
ActivismBicycleClimate ChangeEducationEnergy ConservationGlobal WarmingGreen CarsGreen Your LifeNatureOceansScienceTransport & TravelWater 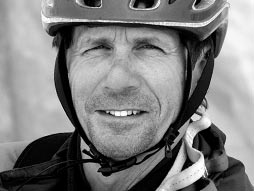 “I am going out on this broken fin, and I assume it won’t collapse” — so says James Balog as he slides over to the edge of an endless cliff of ice that would make many feel faint simply to observe. Balog is nothing if not obsessive — however, brilliantly so. Needing his third knee surgery, he travels where the tough can scarcely be found in order to capture the cavings.

Jeff Orlowski, the film’s director and producer, fills the screen with Balog and the 300- to 400-feet tall, rivetingly, incredible movements of the cavings of snow and ice in Iceland, Greenland, and other places. Imagine a snow and ice world the size of the lower tip of Manhattan collapsing in front of you, except that the size of the cavings is 3 to 4 times as tall as the buildings in Manhattan… Incredible. Horrible. Beautiful. Powerful.

“All of that obsession means nothing if it doesn’t work.” Balog is not only obsessive. He is compelled to get what he intends to get, and got it he has: Extreme Ice Survey (EIS) is time-lapse photography; currently, 28 cameras are deployed at 13 glaciers in Greenland, Iceland, the Nepalese Himalaya, Alaska, and the Rocky Mountains of the U.S. These cameras record changes in the glaciers every half hour, year-round, during daylight, yielding approximately 8,000 frames per camera per year. We edit the time-lapse images into stunning videos that reveal how fast climate change is transforming large regions of the planet. Finally, EIS supplements the time-lapse record with episodic repeat photography in the French and Swiss Alps, Canada, Iceland, and Bolivia.

Balog earned his master’s degree in geomorphology. However, it is his innovative photography exploring the relationship between humans and nature, redefining environmental photography since the early 1980s that explains his current work. He is capturing the memory of the landscape as it disappears, reporting what changed more dramatically in the last 10 years than in last 100. The voices of his helpers — young, strapping, and strong — punctuate his commitment. “He goes to that point where you cannot go anymore and then sometimes he is going forward more.”

The Union of Concerned Scientists screened Chasing Ice at the MOSI museum in Tampa, with James Balog introducing the film with a short discussion. They invited Zachary Shahan, director of CleanTechnica and Planetsave, to be part of the film screening and discussion (with local panel from on the city of St Petersburg, Tampa, and FL). As Zach was in Europe at the time, he asked me to go.

James introduced the film and answered a few questions. I felt extremely fortunate for the experience and left the screening vitalized by his passion. He is so bright and articulate, and also apparently has abundant gifts as a mountain climber, naturalist, geomorphologist, and innovative environmental photographer. He is an extraordinary teacher as he educates all of us on his work and findings. He coveys along with his thoughts on the Extreme Ice Survey, Chasing Ice, a genuine caring for us to understand better what he knows. And he acknowledges that he wants to move us to go out and educate more people.

The film definitely achieved many well-deserved accolades. Some examples:

So, in the spirit of James Balog, educate we will. I am re-posting some of his pointers on living with a low-carbon footprint:

Insulating hot water pipes keeps water in the pipes warm. You get hot water faster when you turn on the tap and you don’t lose the energy used to heat.