Skip to content
Loading...
How A Small School In Rural Zambia Will Finally Get Electricity
7 Water And Energy Conservation Strategies For Large Families
How 200 Solar Lights Found Their Way To A Small School In Rural Zambia
Ørsted Consolidates Customer Solutions & Bioenergy Divisions
India’s NTPC Limited Offers Solar Power Project Management Services To ISA Members
5 Tips to Make Your First Bike Commute to the Office a Successful One
Congress Charges Ahead on Energy Storage: (BEST) Act
First Round of 15 Winners of Reinventing Cities Competition Announced, Creating New Beacons of Sustainable Design & Construction
5 Major UK Businesses Powered by Renewable Energy
Buy An Electric Car And Save The Planet! Not So Fast, Consider The Alternatives First
Why Do Republicans Now Hate On Christian Morals, National Security, Democracy, The US Constitution, The Rule Of Law, The FBI, The CIA, Honesty, & The US Deficit?
Don The Con & Crew Creating Alternative Reality That Is Almost Completely Fake
Nasty Gas Smells In Long Beach Launch AQMD Long-Term Investigation — We’re There, And It’s About Time!
ActivismCoalDirty Energy & FuelHealth 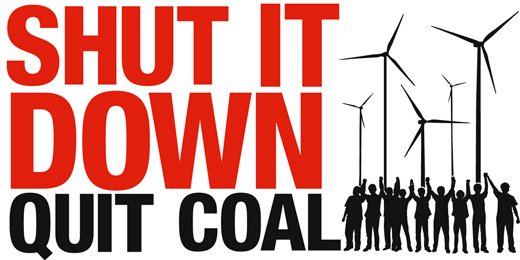 On the heals of a momentous new study on the true cost of coal released by leading Harvard economist Dr. Paul Epstein, Greenpeace engaged in some trademark direct action in Bridgeport, Connecticut this morning. Greenpeace activists climbed an old coal power plant there and hung a banner (above) reading “Shut It Down: Quit Coal.”

Six schools are within one mile of this power plant, which was opened in 1968 and emits one million tons of CO2 a year!

The Bridgeport Harbor Generating Station is clearly harming the health of local schoolchildren and residents as well as our climate as a whole and the world that relies on it.

Public Service Enterprise Group, the owner of this coal power plant, “should protect public health and stop allowing the toxic plant to continue operating against the wishes of the people of Bridgeport,” Greenpeace writes.

Greenpeace’s ship, the Arctic Sunrise, is currently sailing up the East Coast on its Coal Free Future Tour. Greenpeace reports: “Nationwide, pollution from coal is responsible for more than 13,000 deaths per year – one person every forty minutes.” Chilling.

There’s a high price to pay for cheap energy.

In addition to this direct action in Connecticut, Greenpeace also just launched a petition to share the news of Dr. Epstein’s new study with all of our elected officials in Washington. Greenpeace writes:

“In less than 4 hours, we have had over 10,500 people sign up on our True Cost of Coal Action that will ensure our elected officials in Washington, DC know that dirty coal is costing the American people up to an astounding $500,000,000,000 extra every year.”