Skip to content
Loading...
How A Small School In Rural Zambia Will Finally Get Electricity
7 Water And Energy Conservation Strategies For Large Families
How 200 Solar Lights Found Their Way To A Small School In Rural Zambia
Ørsted Consolidates Customer Solutions & Bioenergy Divisions
India’s NTPC Limited Offers Solar Power Project Management Services To ISA Members
5 Tips to Make Your First Bike Commute to the Office a Successful One
Congress Charges Ahead on Energy Storage: (BEST) Act
First Round of 15 Winners of Reinventing Cities Competition Announced, Creating New Beacons of Sustainable Design & Construction
5 Major UK Businesses Powered by Renewable Energy
Buy An Electric Car And Save The Planet! Not So Fast, Consider The Alternatives First
Why Do Republicans Now Hate On Christian Morals, National Security, Democracy, The US Constitution, The Rule Of Law, The FBI, The CIA, Honesty, & The US Deficit?
Don The Con & Crew Creating Alternative Reality That Is Almost Completely Fake
Nasty Gas Smells In Long Beach Launch AQMD Long-Term Investigation — We’re There, And It’s About Time!
ActivismPolicies & Politics 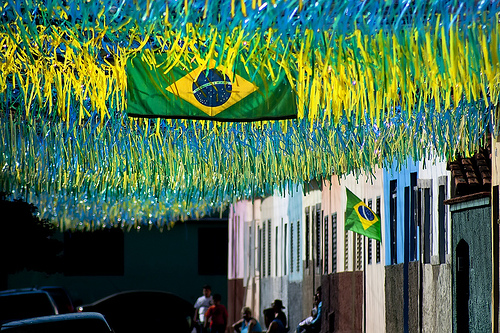 I recently got word from Avaaz, a major worldwide activist community I’m a part of, that some huge anti-corruption legislation was passed in Brazil.

The new Brazilian law prohibits anyone convicted of serious crimes from running for office. (I think we’ve got more than a few politicians in Congress who wouldn’t be there today if we had such a law in the US.)

Avaaz said: “It was a stunning victory as nearly 25% of the Congress is under investigation for criminal activities.

The law will be applicable during this year’s October elections. Unfortunately, though, anyone convicted before June 4 of this year can still run for election — the law will have a stronger effect further on down the road.

“When more than 1.6 million signatures arrived on the doorstep of Congress in September last year, endorsed by the Movement Against Electoral Corruption (MCCE), Law 9840 predictably met with stern resistance in government, as it presented a clear threat to many in office. Initially the act was pushed aside, but in an election year heightened public pressure ensured that the law was moved rapidly through,” The Rio Times reports.

Avaaz announced that this was the biggest online campaign in Brazil’s history. The Avaaz community, which launched in January 2007, already has 5.6 million members. Its campaigning was likely an important part of that legislative win.

If you’re not a part of this online community yet, I’d recommend getting on board now.

For more on the history of this new anti-corruption law, read the piece by The Rio Times. Would be nice to get something like it in the US.