Skip to content
Loading...
How A Small School In Rural Zambia Will Finally Get Electricity
7 Water And Energy Conservation Strategies For Large Families
How 200 Solar Lights Found Their Way To A Small School In Rural Zambia
Ørsted Consolidates Customer Solutions & Bioenergy Divisions
India’s NTPC Limited Offers Solar Power Project Management Services To ISA Members
5 Tips to Make Your First Bike Commute to the Office a Successful One
Congress Charges Ahead on Energy Storage: (BEST) Act
First Round of 15 Winners of Reinventing Cities Competition Announced, Creating New Beacons of Sustainable Design & Construction
5 Major UK Businesses Powered by Renewable Energy
Buy An Electric Car And Save The Planet! Not So Fast, Consider The Alternatives First
Why Do Republicans Now Hate On Christian Morals, National Security, Democracy, The US Constitution, The Rule Of Law, The FBI, The CIA, Honesty, & The US Deficit?
Don The Con & Crew Creating Alternative Reality That Is Almost Completely Fake
Nasty Gas Smells In Long Beach Launch AQMD Long-Term Investigation — We’re There, And It’s About Time!
Community & CultureEducation 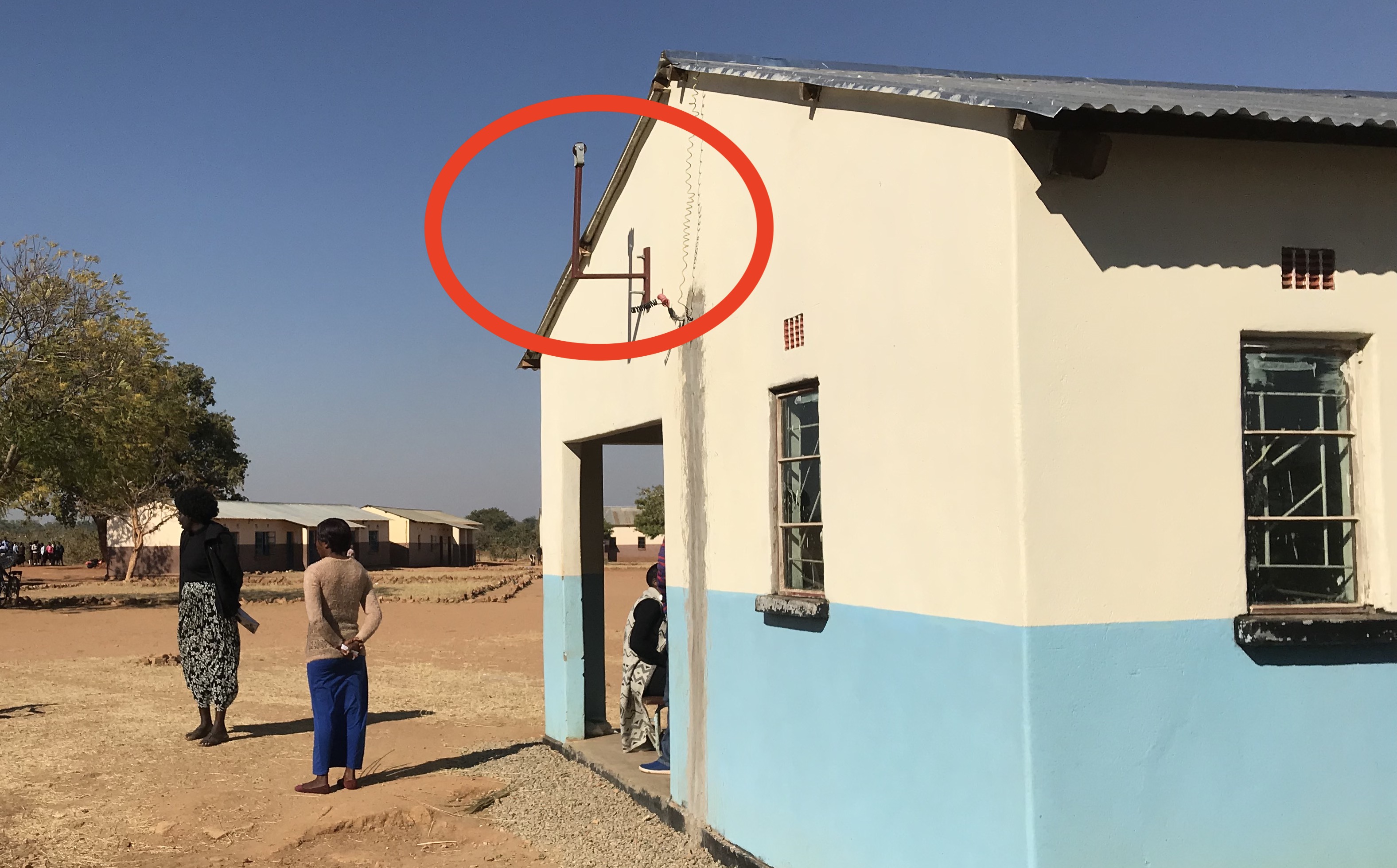 I went back to see for myself. Had the solar lights I brought with me in 2014 made a difference? Well, not many of the lights were still operational, but something else was on the way.

In the year 1981 I found myself living with my mother and sister in the small village of Mapanza, Zambia. They had already lived there since 1979. My mother was a volunteer at a women’s crafts center, and my sister had started her education in grade 1 at the local Chibwe Primary School. I shared this experience with them for well over 1 year, starting in grade 5. The school was built in 1956, and when I was there in 1981 and 1982 I noticed the electricity grid running along the main gravel road just 50 meters from the school buildings, and I wondered why connecting the school was not a priority. It turned out that this was the norm.

I had not only witnessed the involuntary concept of energy poverty among the families living in small rural villages, but also the deliberate lack of energy at the institutional level.

This time around I was curious about the effect of the solar lights I had brought with me in 2014 that I had bought at SolarAid. I asked the students if they had benefited, and many from the higher grades confirmed that they had indeed used the lamps a lot during the last 5 years. Unfortunately most lamps had now been worn out and many had simply gone missing. So yes, they had an impact, but an unmeasurable and unsustainable one. But who knows how many of those 200 lights were still in operation in homes where they might have ended up? Many, I hope. But something unexpected had happened shortly after my visit in 2014. I had made a website for the school, chibwe.org, and luck would have it a Zambian born man by the name Brite Apuleni discovered the site and contacted me. He was born in the Mapanza area and had attended school not far from Chibwe at Maanda Primary School.

Brite Apuleni had a good education in Zambia, and after working a few years in his native country, he found his Dutch wife and moved to the Netherlands. From here they founded the organisation Stitching Maanda and one of the objectives was to help his old school in Zambia develop. While helping Maanda Primary School was the main objective, this new organisation decided to help Chibwe and many other schools too.

Thanks to Stitching Maanda a nice library building has emerged on the Chibwe grounds, and just recently electric wiring has been installed in all buildings. Only one crucial thing is missing: the actual connection to the grid. I decided to make a move at this point. For a mere 200 USD the school will be fully connected to the ZESCO (Zambia Electricity Supply Corporation) grid, so I told Brite I would be honored to make this final small contribution to the future development of Chibwe.

You may ask why these things have not been done by the Zambian governments decades ago? And yes, there probably is a tendency of unfortunate prioritizing of basic education in countries like Zambia. However, we have to acknowledge a few important points, like the fact that the tax base of the Zambian economy is very low due to a majority of citizens with low income, and the cost of general infrastructure is relatively high due to low density population. The money has to come from somewhere, and since the road to Chibwe now has tarmac all the way to the capital city of Lusaka, people with more resources will settle and start businesses, and thus create jobs, and these tax-paying people will demand better schools, and so the circle of good can begin. It’s a classic “chicken-and-egg” dilemma.

I can’t help thinking that it took the Danish education system almost 200 years to reach peak level from the time it was written into law that all children should have standardized basic education. I believe countries like Zambia are in fact leapfrogging in comparison.