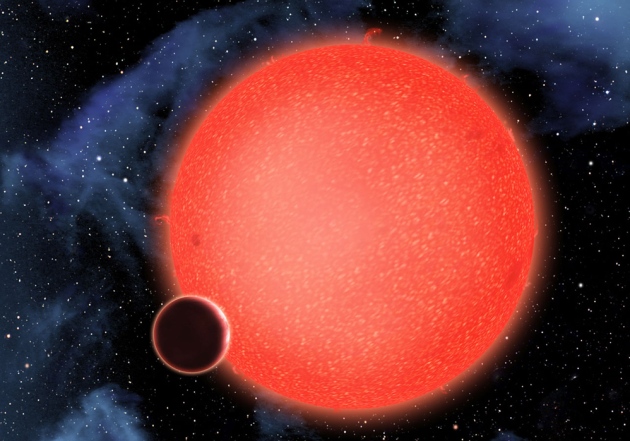 When Goldilocks tasted the porridge that was just right she probably had no idea her name and story would one day provide the perfect analogy for where habitable planets can be found, and according to a new study, that number is probably even smaller than we’d hoped.

A previously unconsidered heating effect could possibly shrink estimates of the habitable zone of the Milky Way’s most numerous class of stars by up to one half, says Rory Barnes, an astrobiologist at the University of Washington in Seattle.

The habitable zone around a sun is where a planet can rest close enough to have liquid water (not ice) but not so close that the water just evaporates, ie, just right. For our Sun, the zone extends roughly from the inner edge of the orbit of Mars to the outer edge of that of Venus. For smaller, cooler stars, such as M-class dwarfs, the zone can be considerably closer to the star than Mercury is to the Sun.

Close-in planets have been easier to locate for scientists, which is why their M class parent stars have been prime targets for those seeking Earth-like planets.

Problem is, says Barnes, the gravitational heating via tidal forces varies dramatically with the distance between aplanet and its star, with closer orbits also resulting in massively larger tidal forces.

Since planets do not have perfectly circular orbits, these tidal forces cause the planet to flex and unflex each time it moves closer to or further from its star; kneading its interior to produce massive quantities of frictional heat. Substantial heat can be produced, he added, with even slight deviations from a perfectly circular orbit. And, Barnes notes, other factors — such as the rate of the planet’s rotation and its axial tilt — can also influence heat production.

A similar tidal process makes Jupiter’s moon Io the most volcanic body in the Solar System. “I’m just scaling that Io–Jupiter system up by a factor of 1,000 in mass,” Barnes said at the meeting. “It’s the same process, on steroids.”

Barnes added that this process can also change a planet’s orbit, making it more circular. This would reduce the amount of heat being generated. But even if a planet winds up in a near-circular orbit, Barnes says, his calculations show that it could easily have already undergone enough heating to lose all of its water into space. “Terrestrial planets can be permanently sterilized,” he said.

Such planets could also wind up in what is thought to be the habitable zone, looking to exoplanet hunters like Earth-like worlds. “It sounds like what we’re looking for,” he said. “But is it an Earth twin, or a ‘habitable-zone’ Venus?”

For the smallest red dwarfs, Barnes added, tidal heating could reduce the habitable zone by about 50% of present estimates, but brighter suns have farther-flung habitable zones where this is no longer an important factor. “At one-quarter of solar mass, the effect goes away,” Barnes says.

But even for planets not ‘sterilized’ by the process, there can be major effects. “This is a source of energy that doesn’t exist on Earth,” he says.

“Nobody’s put serious work into this before,” says Douglas Hamilton, an astronomer at the University of Maryland in College Park.

The next step, adds Sylvio Ferraz Mello, an astronomer at the University of Sao Paulo, Brazil, is to look at the geological consequences of comparatively mild tidal heating on otherwise Earth-like worlds — a factor that could have unknown, but possibly major ramifications for plate tectonics.

Hamilton warns, however, that his findings are still theoretical. And even if there are ways to determine whether a terrestrial planet circling in the habitable zone of an M-class star is an Earth twin or a tidal Venus, he adds, “that’s well beyond any [space telescope] missions we have on the drawing board.”