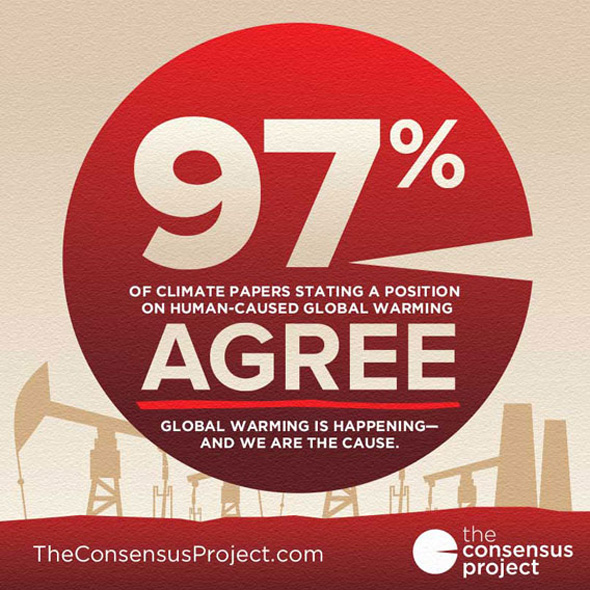 In an interview with The Guardian, Bob Walker, a Trump adviser who focuses on NASA, said there is no need for that agency to do what he calls “politically correct environmental monitoring.” What does that mean, exactly? “We see NASA in an exploration role, in deep space research,” Walker said. “Earth-centric science is better placed at other agencies where it is their prime mission.” He indicate the Trump administration wants NASA to focus instead on deep space exploration. He says Trump wants to set a goal of exploring the entire solar system by the end of the century. “My guess is that it would be difficult to stop all ongoing NASA programs but future programs should definitely be placed with other agencies. I believe that climate research is necessary but it has been heavily politicized, which has undermined a lot of the work that researchers have been doing. Mr Trump’s decisions will be based upon solid science, not politicized science.”

Walker went on to say that doubt over the role of human activity in climate change “is a view shared by half the climatologists in the world. We need good science to tell us what the reality is and science could do that if politicians didn’t interfere with it.” Does it seem that Trump is going out of his way to find the dumbest, most obdurate people to advise  him possible? If any politicians have been responsible for interfering with earth climate science, it is Republicans, fueled by massive campaign contributions from fossil fuel industries.

The only other agency that could be called upon to conduct ongoing climate research is NOAA — the National Oceanographic and Aeronautic Administration but there are a few problems with that. First, NOAA depends on NASA for mission support. The space agency is needed to place the satellite in orbit that NOAA depends on.

Second, according to Phil Plait, climate and astronomy correspondent for Slate, NOAA has been the target of the most vicious, ongoing political assault for years from Lamar Smith, R Texas, chairman of the House Committee on Science, Space, and Technology. Plait calls Smith a latter day version of the infamous Senator Joseph McCarthy because of his fierce criticism of the agency. Smith has dogged NASA with burdensome subpoenas demanding ridiculous amounts of information. He has also done his best to intimidate NASA administrator Kathryn Sullivan, herself an astronaut.

The campaign against any and all climate change scientists who attempt to document what is happening to the earth’s atmosphere has reached the level of wolves tearing at the carcass of a fallen antelope. Republicans contend that the phrase “climate change” was invented by Democrats because they realized “global warming” is not actually happening. Not so, says Plait. It was Frank Luntz, a Republican strategist, who convinced Republicans to switch phrases because the term “climate change” is less frightening. That makes it easier for Republicans to downplay the science and the danger.

This palpable hypocrisy is something we never witnessed with Obama in the White House. One has to go back to the dark days of George Bush and Dick Cheney when members of that administration used to brag that they created their own reality.

Kevin Trenberth, senior scientist at the National Center for Atmospheric Research, said that the elimination of earth sciences at NASA would be “a major setback if not devastating. It could put us back into the ‘dark ages’ of almost the pre-satellite era,” he said. “It would be extremely short sighted. We live on planet Earth and there is much to discover, and it is essential to track and monitor many things from space. Information on planet Earth and its atmosphere and oceans is essential for our way of life. Space research is a luxury, Earth observations are essential.”

Michael Mann, the Penn State climate scientist who is so reviled by the right wing crazies what he gets death threats for publishing his findings about global warming, says NASA has a “critical and unique role” in observing Earth and climate change. Without the support of NASA, not only the US but the entire world would be taking a hard hit when it comes to understanding the behavior of our climate and the threats posed by human-caused climate change,” he said. “

“It would be a blatantly political move and would indicate the president-elect’s willingness to pander to the very same lobbyists and corporate interest groups he derided throughout the campaign.”

Spot on, Michael. With the elevation of the groper in chief to the highest office in the land, America has ceased to be an association of citizens. It has transitioned into a corporatocracy, operated entirely for the benefit of corporations and their grossly overpaid executives. It is now a nation of corporations, by corporations, and for corporations. The hoi polloi are free to pay their taxes and shut up. Welcome to the United Hates of America.