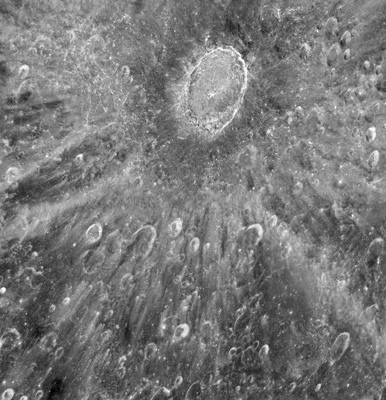 During Venus’s transit of the sun on June 5-6th, Hubble Telescope will be using the moon as a mirror to capture and analyze the light that will be passing through Venus’s atmosphere during the transit.

Hubble can’t look directly at the sun without being damaged, so astronomers are planning on using it to test a process currently used to help determine the atmospheric makeup of alien planets.

Since we already know the atmospheric makeup of Venus, it allows for a good test of the method on an Earth-sized planet.

The astronomers will use a wide range of Hubble Instruments — The Advanced Camera for Surveys, Wide Field Camera 3, and Space Telescope Imaging Spectrograph — to watch the transit in different wavelengths, from UV to near infrared. Hubble will divide the sunlight into the colors making it up, and that can give some insight into the atmosphere of the planet that the sunlight is going through.

During the transit, before, and after will all be observed by Hubble and compared. This is necessary because only 1/100,000th of the sunlight will filter through the Venusian atmosphere.

With the limited opportunity of the transit, everything has to be planned to detail. Part of the planning involved a test image of the moon’s Tycho impact crater, which was taken on January 11, 2012.

Hubble will need to be viewing the same location for the whole seven hour transit. For slightly less than half of Hubble’s 96-minute orbit around the Earth, the Earth blocks Hubble’s view of the moon. So the astronomers needed to be sure they can point Hubble to exactly the same location each time.

This is the last time this century that Venus will pass in front of the sun. The next transit won’t be until 2117.