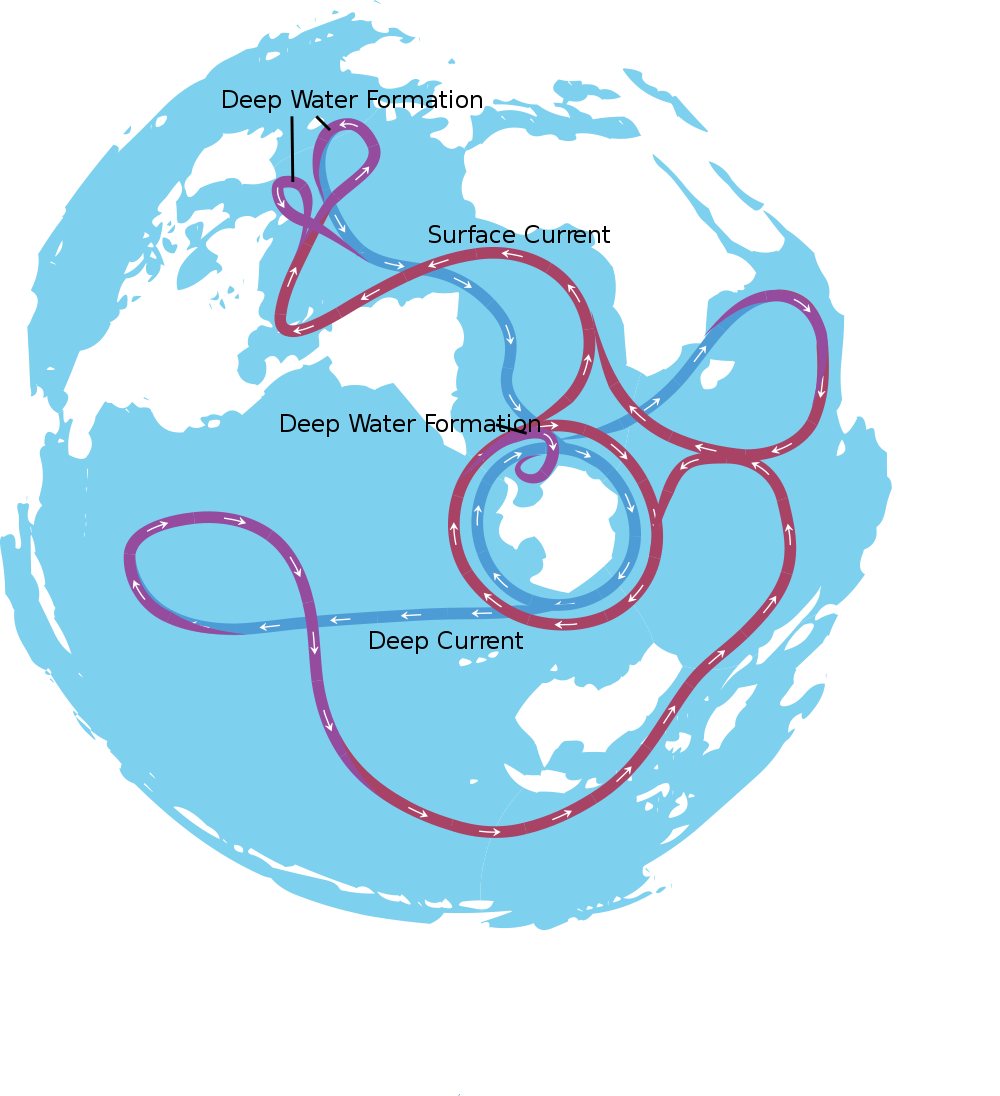 Oceanographer believes that it is time to look at what we know about the ocean and rethink the ocean conveyor belt model.

[social_buttons]For decades scientists have believed that Earth’s ocean currents worked like a giant conveyor belt, continuously transporting cold waters towards the equator and warmer waters towards the poles. This generally held model was driven by changes in temperature and salinity of the surface waters at high latitudes.

But in a paper in the June 18 issue of the journal Science Duke University oceanographer Susan Lozier, professor of physical oceanography and chair of the Division of Earth and Ocean Sciences at Duke University’s Nicholas School of the Environment, has suggested that it is time to rethink the conveyor belt model.

“The old model is no longer valid for the ocean’s overturning, not because it’s a gross simplification, but because it ignores crucial elements such as eddies and the wind field,” she says. “The concept of a conveyor belt for the overturning was developed decades ago, before oceanographers had measured the eddy field of the ocean and before they understood how energy from the wind impacts the overturning.”

Lozier’s article in Science also looks at what we still do not know about the ocean’s overturning and how the overturning might change. Lozier will be leading a new international research program aiming to address the question of climate effects.

“Basically, our ability to refine our understanding of the ocean’s overturning stems in large part from our ever increasing ability to measure the ocean at finer and finer scales and at depths previously unmeasured,” she says. “Because the ocean waters are corrosive, at high pressure and generally inaccessible, the ocean has historically been a sparsely observed system. Recent technological advances are rapidly expanding the ocean’s observational database and with it, our understanding of ocean circulation.”