Most people will have seen the images depicting the devastating impact of the 9.0 Tohoku Earthquake which destroyed coastal towns along the Japanese east coast near Sendai. Entire villages and communities are gone, along with the lives that inhabited them.

Of less, but still important, concern than the lives lost, is what will happen to all the debris which was washed out to sea as a result of the tsunami.

Projections of just what will happen to the debris have been made by Nikolai Maximenko and Jan Hafner at the University of Hawaiʻi at Mānoa’s International Pacific Research Center, shown in the animated image below 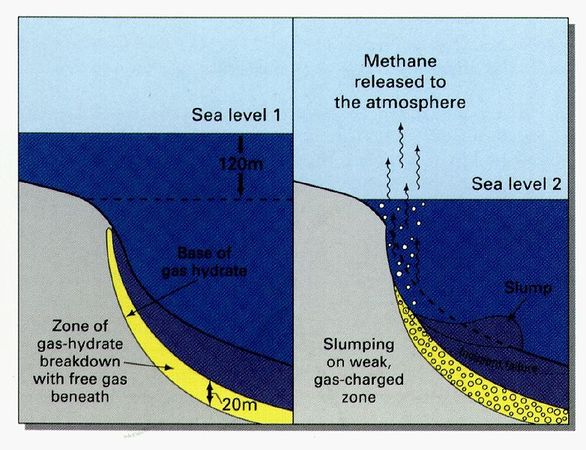 A research team confirms “extensive out-gassing of methane to the atmosphere” over the Eastern Siberian Arctic Shelf, and confirm its source to be venting from sea-bed sediments. Though acknowledging their findings do not seriously alter climate change predictions, the team also asserts that the sub-sea permafrost layer is failing and advise more urgent investigation.