Remember the difference between weather and climate? We know what happens when the weather changes—it’s obvious. Climate is another story. Read on. When it rains, you put on a raincoat … [Read full article]

An undersea volcano located 250 miles off the coast of Oregon gave off clear warning signals just hours before erupting last year, according to researchers from Oregon State University. The … [Read full article] 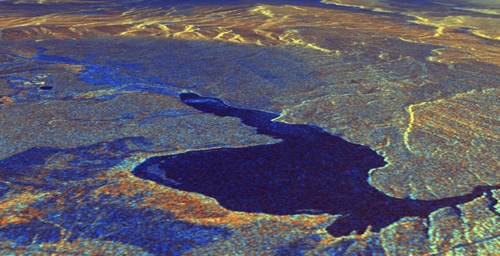 Super-volcanos form and erupt much more quickly than previously thought, according to a new study from researchers at Vanderbilt University. Super-volcanos and super-eruptions are referred to as super because … [Read full article]

The Yellowstone “super-volcano” was in the record books for creating the fourth largest eruption known to science. “Was”, because new research has shown that the super-eruption was actually two … [Read full article]

At over half a million years old, Mount Hood stands tall over the Oregon landscape, a volcano that has not erupted like so many of its cousins in the Cascade … [Read full article]

A volcanic eruption in the Red Sea has led to the possible formation of a new island where previously there had been nothing but unbroken water. The volcanic activity took … [Read full article]

In what life was probably like prior to the coming of the year 2000, every man and his dog is coming up with a theory for how the Earth will end come 2012. After already curbing fears that a giant “killer solar flare” will wipe out planet Earth next year, NASA has again weighed in, this time explaining that a supervolcano will not have a supereruption during 2012.

Probably. Let’s get to that later.

Scientists who witnessed the eruption of a deep sea volcano during a 2009 expedition report that the volcano was taking place near a tear in the planetary crust that is mimicking the birth of a subduction zone.

Captured on the 8th of September by the European Space Agency’s Envisat Medium Resolution Imaging Spectrometer (MERIS) are the Canary Islands, at the bottom of this image, off the west coast of Africa.

One of the tallest and one of the most active volcanoes in the world, Mount Etnain in Sicily is erupting again, spewing lava and ash into the air.

Scientists from the British Antarctic Survey (BAS) have discovered a slew of previously undiscovered underwater volcanoes in the ocean waters around the remote South Sandwich Islands, a series of islands grouped together with Britain’s claim in Antarctica.

These two photos – one false-colour the second natural-colour – are some of the first detailed pictures of the erupting vent and lava flows from the Nabro Volcano, located along the border between Eritrea and Ethiopia.