The National Audubon Society issued a somber report yesterday about how America’s birds will react to anticipated climate changes. Another is expected today from Cornell. According to the Audubon bird study, … [Read full article]

on June 22, the Brazilian Bureau of Indian Affairs announced confirmation of a group of uncontacted people living in the western part of the Amazon’s Javari Valley, which is near the border of Peru. The existence of the group of about 200 or so people were confirmed following an over-flight expedition of the region; a series of aerial photographs clearly show several rounded-top huts in small clearings dotting the forested land. Analysis of the photos also showed that the tribe is growing a variety of crops, including corn, bananas, and peanuts.

In 2006, Arctic hunters shot and killed a strange-looking, white bear. It was strange because the bear had large patches of brown fur in its coat. Subsequent genetic analysis showed … [Read full article]

In the constant interplay between Humans and Nature, everything is a trade-off. As our scientists begin to consider an intervention approach to climate change and conducting large-scale experiments, this trade-off … [Read full article]

As we near 2011, I know I must try to prepare myself for 2012, and the (next) wave of apocalyptic doom-saying that, according to the ‘fin-de-cyclists’, was predicted by the … [Read full article]

We’ve covered the unfair plight of the Kalahari Bushmen in Botswana in a couple posts on Important Media recently. In order to help address the human rights battle being held … [Read full article] 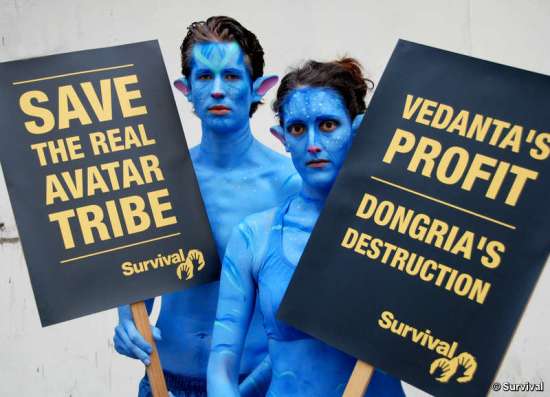 Bringing Avatar’s Na’vi to real life, to help fight a battle eerily similar to that fought in Avatar. An international organization trying to protect the rights of tribal peoples, Survival, … [Read full article]