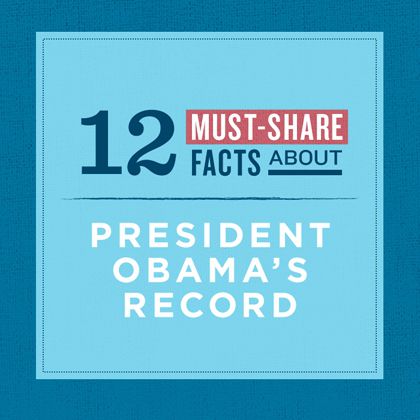 The Obama campaign just passed along the 12 facts below about Obama. As someone who follows politics quite closely, I think it was a good list to put together. … [Read full article]

On September 19 President Barack Obama announced his plan to reduce the deficit by $4 trillion over the next 12 years, including raising $1.5 trillion by closing special interest loopholes and other revenue raisers. This includes eliminating $41 billion in tax loopholes for the oil and gas industry (p. 63) over the next decade.

Obama is pushing strong on an issue that most Americans think needs to be addressed, but which Republicans and the wealthiest of the wealthy are (mostly) strictly against: making millionaires and billionaires pay at least their fair share in taxes.

Billionaire Warren Buffet made waves recently by saying that he (and other billionaires) should be taxed more. The richest of the rich often pay a lower tax (as a % of their income) than the average citizen in the U.S.

How is that fair?

Even Buffet and Bill Gates have been telling people it’s just not fair (see video below).

Now, Obama is stepping it up and seeking to implement a new tax base that gets millionaires and billionaires to pay at least the same % of their income in taxes as normal people like you and me. The rule, named after Warren Buffet, would be called the ‘Buffet Rule’ according to early reports. Go Obama!