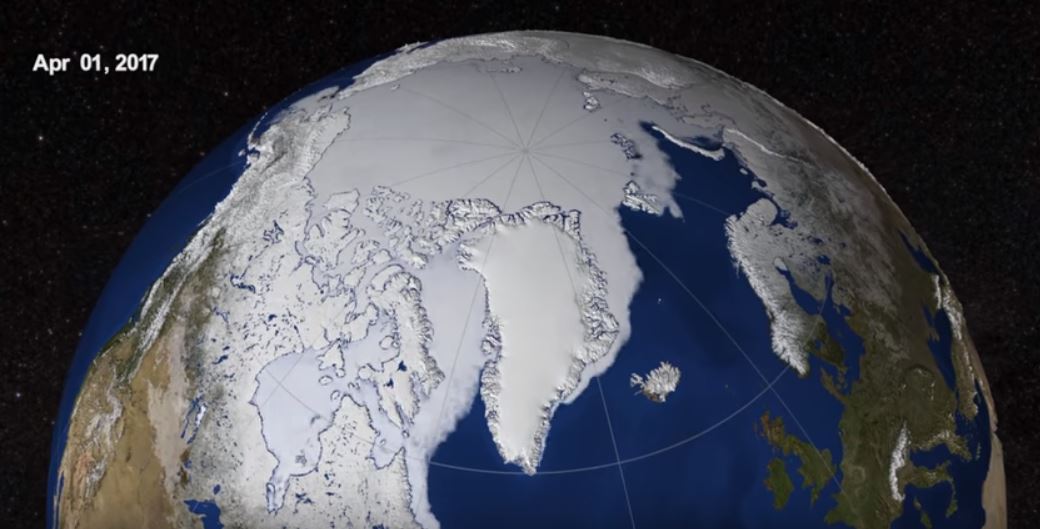 The Arctic is warming faster than any other place on earth. As a consequence, it has less sea ice now than at any time in the past 1500 years and the loss of ice is accelerating.

America’s nuclear testing program is about to unleash a deadly cocktail of radioactive waste into the Pacific Ocean, thanks to rising sea levels caused by global warming.

The Alliance of World Scientists has issued what it calls a “Second Warming” about the danger to the survival of the human species if climate change is not addressed soon. Here are the thirteen steps the more than 15,000 signatories to that warning recommend.

Researchers told those attending the COP 23 climate summit in Bonn this week that all the world’s electrical needs could be met by renewables by 2050. Activist Bill McKibben says the world must do more — much more.

New algorithms make it possible for scientists to predict the effect of injecting sulfur dioxide into the atmosphere to cool the planet. Is that a good thing?

On the global scale, 2011 was the coolest year since 2008, but temperatures were still considerably above the 30 year average, according to the 2011 State of the Climate report … [Read full article]

Floods, one of the hallmark natural disasters resulting in greater occurrence and strength from climate change, are tearing about homes, cities, and people in Bangladesh and Seoul, South Korea this week. Seoul has seen the heaviest rains in July since 1907 now. At least 59 people are dead and 10 missing, according to the latest reports. About 10,000 people from about 4,800 homes have been left homeless.

South Korea just got nailed with some heavy rain that has triggered landslides in and flooding in and near its large capital city, Seoul. 32 have been confirmed dead so far. (Whatever you do, don’t consider that is has anything to do with climate change, even though this is exactly the sort of catastrophe climate scientists have predicted will become more and more common.)

Dr. Jeff Masters, a world-leading meteorologist, just finished a compilation of what he considered 2010’s top 20 extreme weather events. All in all, he considers 2010 to be the most extreme year for weather since records began and, unfortunately, with a good understanding of climate change, he hints at what we could be in for if we don’t turn things around quickly.

Climate Progress likes to highlight fun articles on global warming and political matters from The Onion (“America’s Finest News Source”) from time to time and recently recycled a couple from previous years. I love this one, so am sharing here as well…

I had a post on some of Dr. Jeff Masters’ recent comments on the ridiculous extreme weather we’ve been seeing this year just about one week ago, but he just published a new analysis on these issues that I thought was worth covering as well.

The key, general points are as follows…

Good global weirding (aka climate change, global warming) stories from the past week or so: