As soon as I go home, I lock the door. Eventually, I close the blinds and curtains. I also lock the doors of my vehicles and fences. I keep my … [Read full article]

Drones are no longer known as mere weapons of war. At least, that’s how Google, Facebook, and other online giants like Amazon appear to be thinking. Google has just acquired … [Read full article]

Facebook, the Natural Resources Defense Council (NRDC), Opower, and (to start) 16 US utility companies, have teamed up to make saving energy (and tons of money with that) easier … [Read full article]

Unfriend Coal Campaign Breathes a Sigh of Happiness Very near the Arctic Circle, in Luleå, Sweden, Facebook is working on its first datacenter outside the United States. Free cooling from … [Read full article]

The Internet uses more electricity than the entire auto industry’s production of cars and trucks combined. IT companies and users need to discover renewable energy sources such as solar and wind power to provide electricity for the Internet. 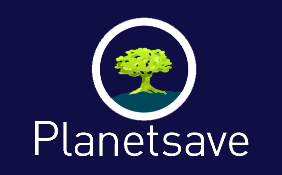 I just went ahead and randomly selected the winner of Planetsave’s first monthly Facebook cash sweepstakes.

Greenpeace wrote an update on the Facebook Unfriend Coal campaign, its progress to date, and how Facebook has responded yesterday. Here are some highlights

Joe created an excellent cartoon to go with Greenpeace’s latest Unfriend Coal video last week, as well as a nice little write-up of the campaign and where it’s at. But we didn’t actually share the video. Here it is.

Back in February 2010, Greenpeace called on Facebook to unfriend coal and embrace renewables to power their massive data centers, giving them a deadline of April 22 (Earth Day) of this year. Since then, over 600,000 Greenpeace supporters have called on Facebook to take action and according to Greenpeace International Executive Director, Kumi Naidoo, Facebook is listening (atleast the founder’s sister, Randi Zuckerberg is).

I’ve been keeping up with a number of the stories hinted at in the headline above but have yet to comment on them. Truthfully, it’s hard to keep up. There … [Read full article]

Some of the top green living, activism, and clean energy stories from the past day or so: Activism Greenpeace Gives Facebook “Unfriend Coal” Deadline Greenpeace has been pushing Facebook to … [Read full article]