The European Union has this week formally adopted Member States’ annual greenhouse gas emission reduction targets for 2021 to 2030 which, though they differ by country, will deliver a 30% reduction in EU emissions on 2005 levels across a wide variety of industries.

The European Union has a new 1,000 page long energy plan designed to help meet the promises made at the COP 21 summit. As it treads between competing interests, it annoys many and pleases few.

Global emissions have been essentially flat for the past three years even though total global economic activity has increased in each of those three years. That is about to change as Donald Trump wreaks havoc on US emissions policies.

According to a recent report titled Europe’s Dark Cloud, 22,900 premature deaths are caused each year in the European Union by coal dust. 11,800 new cases of chronic bronchitis and 21,900 … [Read full article]

Never let it be said that the doomsaying, treehugging, pointy-headed nerds of the climate change adaptation movement lack a fundamental sense of humor. The dark amusements of the UN’s COP20 … [Read full article] 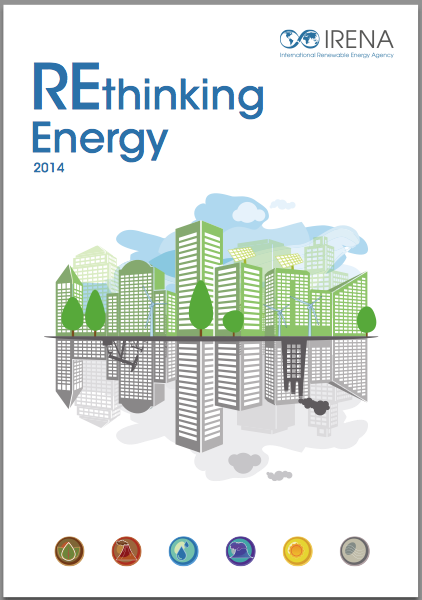 This year, we have seen the largest-ever outpouring of reporting and planning for inevitable climate change in the Anthropocene. One of the latest studies, REthinking Energy, draws on worldwide research and … [Read full article]

Travelers cherish the city of Paris for the charm of its luxurious springtime, but maybe not this year. Since last Wednesday, air pollution in Paris and 22 suburbs has topped the … [Read full article]

In a report entitled “Long-term trend in global CO2 emissions” prepared by the European Commission’s Joint Research Centre and PBL Netherlands Environmental Assessment Agency, it has been found that global emission of carbon dioxide (CO2) have increased by 45% between 1990 and 2010 and reached an all-time high of 33 billion tonnes by 2010, all despite increased energy efficiency, nuclear energy and a growing renewable energy industry.

The EU’s Commissioner for Energy, Günther Oettinger, has announced that the union will conduct a series of stress tests upon its nuclear power stations later in the year. He described the tests as “extraordinary” and said they would include the impact of earthquakes and high water.

The tests will also be conducted on the nuclear power stations of neighbouring non-EU countries, including Switzerland, Turkey and Russia.

Some of the top climate change and environmental stories of the last day or so: Climate Science Graph of the Day: Greenland Ice Sheet Mass Changes Good info and graphs on … [Read full article]

If you ask environmentally-minded people or typical liberals/progressives about what sort of energy we should be using and what energy technologies our governments should be promoting, you are sure to … [Read full article]

by Rob Butler There’s not much work coming in at the moment. I’m self-employed and I don’t have much in the way of savings. There is a lot of anxiety … [Read full article]