Overfishing of South Africa’s already overexpoited marine fish stocks is greatly worsened by government corruption in the region, according to new research. The findings aren’t going to surprise anyone, but … [Read full article]

By Brad Walker – Rivers Director, with illustrations and other contributions from Joe Mohr Part 4: Solutions In the three (1, 2, 3) previous segments of this series we have discussed … [Read full article]

I seldom do opinion pieces, but sometimes, one opinion gets expressed – one amongst so many – that finally pushes me passed that proverbial tipping point. Case in (tipping) point, Tuesday’s op-ed by New York Times columnist David Brooks entitled ‘Milquetoast Radicals’ — a putative criticism of the Occupy Wall Street (OWS) movement. Brooks’ main complaint – apart from the so far lack of a single coherent message (that presumably the media can then attack and dismiss) — is that protesters lack “big ideas”, offering only a litany of “small” complaints, thus offering only “small solutions.” As if it were the job of protesters to formulate economic policy for the country.

Although this cartoon appears to be an even and nonpartisan attack at both sides of the aisle, it is not an exact representation of how I feel. I am sickened by the majority of the leaders on the right (and their lies to protect their corporate cronies), whereas I am disappointed with much of the left and their lack of meaningful action (which protects their corporate cronies). 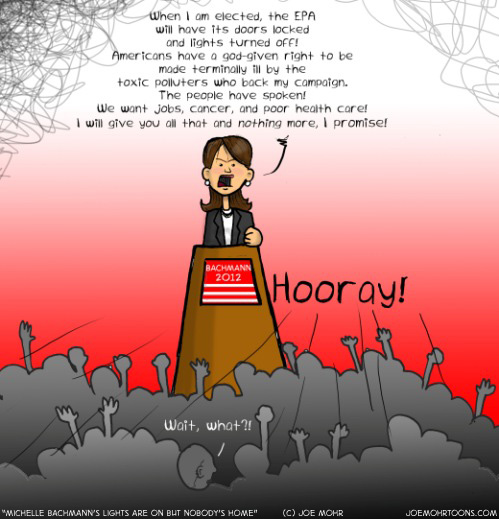 More on Michelle “Crazy B” Bachmann.. 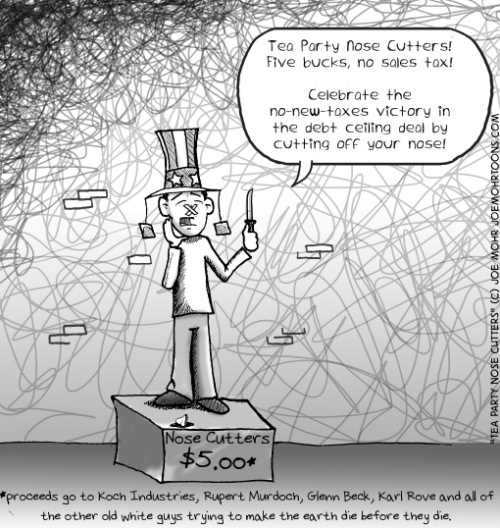 Cartoonist’s note: This cartoon is inspired by the House Energy Action Team (HEAT). More on HEAT after the cartoon.

Michael Mann, the somewhat infamous climate scientist from Penn State, shouldn’t be so infamous after all, we find out yet another time! “An academic inquiry into the so-called ‘climategate’ email … [Read full article]

“Leave No Trace” has always been an honored credo of the Boy Scouts of America. The trumpeted tenet is supposed to refer to ethical guidelines which preach having a minimal … [Read full article]

A new report says that Big Oil enticed U.S. government employees with sex, drugs, and other “improper” gifts. If any doubt was left about the complicit corruption of current U.S. … [Read full article]