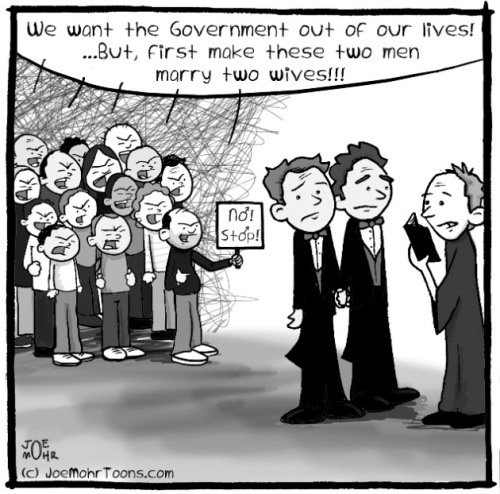 More gay craziness from the Right From PlanetSave: Mass Bird & Fish Deaths Due to Gay Marriage! Problem Solved [VIDEO] You can also get a hard copy of this cartoon … [Read full article]

This is a great piece by Dr. Joe Romm of Climate Progress on why conservatives can get away with murder and progressives are flogged for being framed. Check it out:

As reported in the June 30 on-line edition of Le Monde, the French Parliament has voted to ban hydraulic fracturing — the natural gas extracting technique known popularly as ‘fracking’. The law had passed the National Assembly nine days earlier and then moved on to the Senate, where the measure passed by a small majority of 176 (yes) to 151 (no). This makes France the first nation to ban the controversial extraction technique.

Rachel Maddow is one of my newest heroes. Not because she is noticing or talking about things that others have not identified or shared in the past, but because she … [Read full article]

Yes, for those familiar with climate politics, you know that Republicans have gone to odd lengths to dismiss the threats of global climate change. The nice thing is that the … [Read full article]

Want to understand why climate deniers refuse to believe climate change is happening despite a nearly perfect consensus amongst climate scientists that it is? Want to know why “climategate” got … [Read full article]