6 states are considering laws that would make it a felony to even think about protesting against a proposed pipeline. That’s no coincidence.

By Tom Steyer According to a fascinating poll that came out last week, 13% of Americans claim that they would commit some form of non-violent civil disobedience to get action on climate … [Read full article]

Last week, climate activist Tim DeChristopher received a warm welcome on the David Letterman Show. The 12-minute interview with Dave was productive and seemed to give the host a little … [Read full article]

On September 3rd, hundreds of people gathered in Lafayette Park for the final day of the rally against the Tar Sands at the end of the two week sit down protest at the White House. An estimated 1252 people were arrested during this two week continuous peaceful protest, making it the largest collective act of Civil Disobedience in the U.S. in decades. 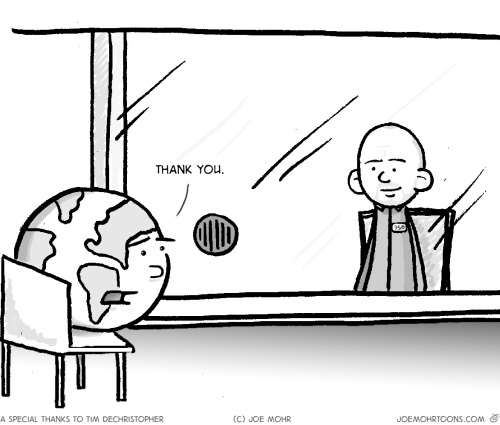 Pollute our air and water, leave SuperFund sites uncleaned, leave brownfields scattered around the country, and greatly contribute to climate change and you’re a billionaire. Try to prevent any of … [Read full article]

About 500 activists blocked coal shipments into Australia’s Hunter harbour yesterday by paddling kayaks and homemade rafts made from milk crates and innertubes into the water. [social_buttons] The action, which … [Read full article]

Friday February 27th will begin the four day Powershift 2009 conference, which is set to become the largest ever youth conference on climate change. But history will be made on … [Read full article]

Hundreds of activists are currently blocking a departure gate at Heathrow Airport in England. The group is protesting the planned third runway at the airport, which is expected to be … [Read full article]