Skip to content
Loading...
How A Small School In Rural Zambia Will Finally Get Electricity
7 Water And Energy Conservation Strategies For Large Families
How 200 Solar Lights Found Their Way To A Small School In Rural Zambia
Ørsted Consolidates Customer Solutions & Bioenergy Divisions
India’s NTPC Limited Offers Solar Power Project Management Services To ISA Members
5 Tips to Make Your First Bike Commute to the Office a Successful One
Congress Charges Ahead on Energy Storage: (BEST) Act
First Round of 15 Winners of Reinventing Cities Competition Announced, Creating New Beacons of Sustainable Design & Construction
5 Major UK Businesses Powered by Renewable Energy
Buy An Electric Car And Save The Planet! Not So Fast, Consider The Alternatives First
Why Do Republicans Now Hate On Christian Morals, National Security, Democracy, The US Constitution, The Rule Of Law, The FBI, The CIA, Honesty, & The US Deficit?
Don The Con & Crew Creating Alternative Reality That Is Almost Completely Fake
Nasty Gas Smells In Long Beach Launch AQMD Long-Term Investigation — We’re There, And It’s About Time!
Education 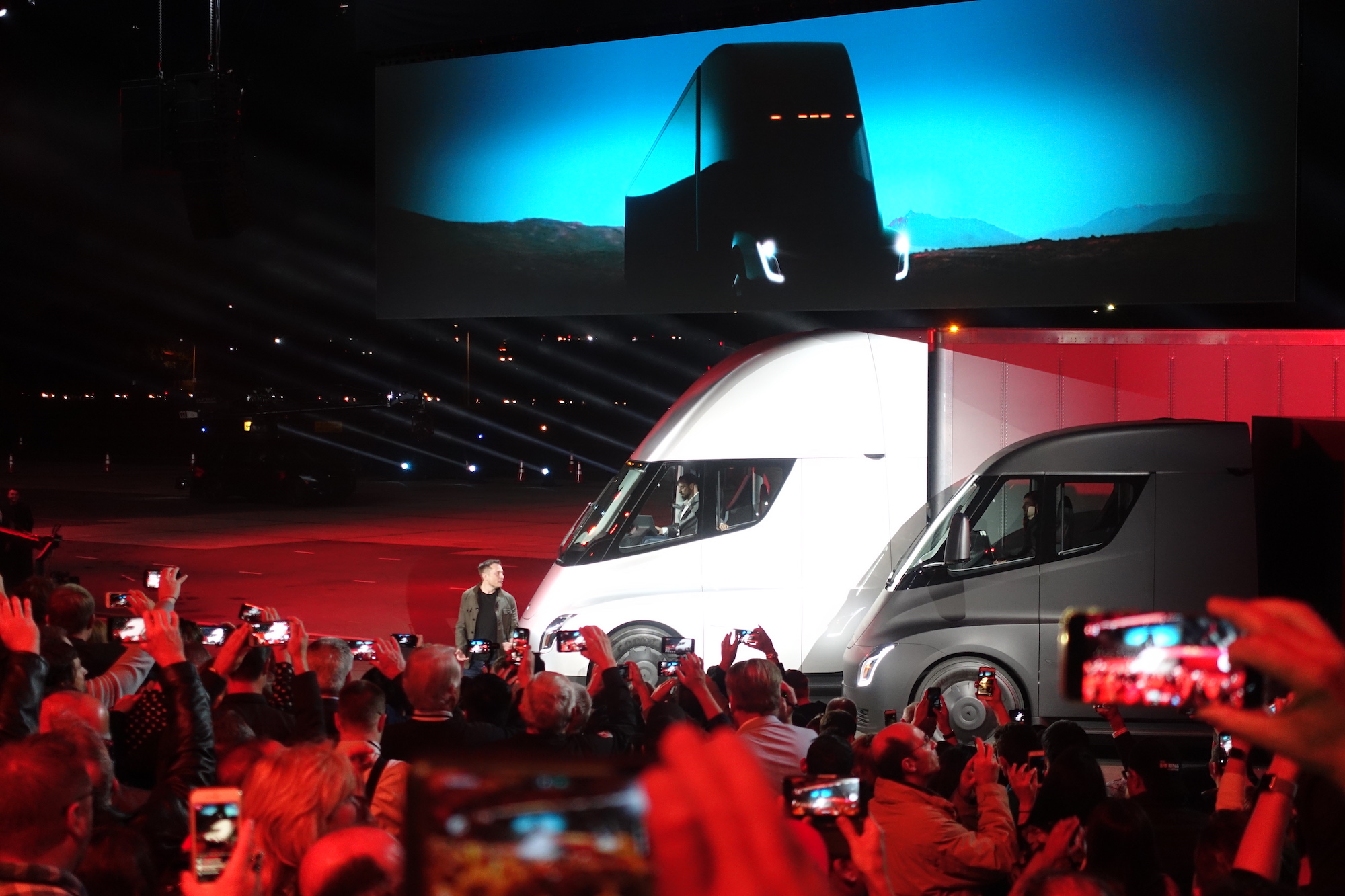 Recently I have pondered on the way some people seem to have forgotten the importance of objective facts. Instead of basing policies on scientific consensus on objective facts needed to counteract imminent threats, our politicians waste time discussing whether these facts are actual facts. It’s like discussing whether the sun will set tonight, when it is established beyond any reasonable doubt that our globe is spinning at a constant speed.

This nonsense in the public debate is driving me crazy, so to feel better I tend to search out articles, videos, and podcast with rational people like my two favorites: Neil deGrasse Tyson and Elon Musk. In a gem of a dialog between the two, Elon Musk says the following — all the while both of them are almost choking in giggles because of the absurdity of it:

We have invented all sorts of ways of doing ourselves in that the dinosaurs didn’t have, and we haven’t managed to solve the asteroid problem, so therefore our risk is higher. Ok, I’m not sure people realize this: if you haven’t solved the problems that have caused the prior extinctions, and you have added new ones, you have not improved the situation! And that is sort of where we are right now…

By “adding new ones” he obviously counts in the fact that we dig up millions of years old fossil biological material and burn it, releasing about 10 gigatonnes of climate changing carbon dioxide into the atmosphere every single year. This is what Elon Musk famously calls “The dumbest experiment in history by far”.

Neil deGrasse Tyson has said on multiple occasions, how important it is that we realize science is not a textbook you just read and discard afterwards, but a language you use to enquire nature itself, so if you ask nature what will happen if we pollute our atmosphere, it will answer that we will die choking! Science is a tool, not a dogma.

So, to enquire nature you need appropriate tools. And the tools can be complex and intimidating to handle. Therefore, let me do my humble part of equipping you with a small toolkit that is vitally important if you want to participate in manifesting consensus of what is actually going on with our planet and how the things we do on it affects the future of humanity.

The tools that I personally have found very useful in this regard are some of the units to calculate power, force, and energy. In any conversation I have about technology and energy I find myself wasting less time when I’m comfortable with these tools. An opponent’s arguments will not hold up if he or she does not know how to use these basic units, and when this gets obvious you can spare yourself the bother of getting agitated on beliefs alone.

In this day and age I feel it’s more important than ever to revitalize and clarify the effective language of science in the pursuit of objective facts, and thus end the bickering. Here’s the units I’ve put in my toolkit:

With these units you can calculate basic mechanics using these simple formulas:

Here is one way to remember these units brought together:

If you lift an apple (weighing approx. 100 grams) vertical 1 meter upwards in 1 second, then you have applied a force of 1 Newton over that distance of 1 meter by making your arm work with the power of 1 Watt for 1 second.
If you made an electric motor do the same work then the Voltage and Amperage multiplied would be exactly 1 Watt for 1 second.

So, the energy efficiency of the electric car is more than double that of the gasoline car, but it’s not so much a question of whether you are an advocate for EVs in this case, it’s a question of getting the facts straight, and carry on the discussion from there, like, where did all those megajoules from the gas go? You guessed it: heat.

This compares to the largest wind turbines being built at a peak capacity of 9 MW, and it kind of puts things into perspective. 40,000 tonnes of water every hour is a lot! And since the water is easier to visualize than a strong wind you recognize just how impressive it is that one single wind turbine can supply the same amount power.

Now, it is up to you to use these units to better understand the articles you read on power, force, and energy. There is lots more to learn, but to just understand these few units you will be so much more capable, not least when you find yourself in discussions regarding energy efficiency and whether this or that technology is feasible, and in case it is, if it makes economic sense. Wind or nuclear? Don’t believe it, calculate it!

From where do these units originate? Well, in the case of my little toolkit I applaud the following:

Sir Isaac Newton (December 5th, 1642 – March 20th, 1726) saw himself as a “philosopher of nature”. He was a mathematician, astronomer and, not least, a physicist. He has probably had the most scientific influence of them all. His book “Philosophiæ Naturalis Principia Mathematica” from 1687 lay the foundation of classical mechanics.
The tale that Newton should have come up with the theory of gravity by being hit in the head by a falling apple might be partially true, since he never said it hit his head, but did see it fall.
In any case, the unit we now know as Newton (N) has to do with force. A ball on a flat surface will start rolling if force is applied, like a push. If there is no resistance, the ball will keep rolling in the same direction and with the same speed, until it is again influenced by a force. If an equal opposite force is applied, the ball will come to a stop. However, in reality we have to take things like rolling resistance, wind resistance, and gravity into account.
In short: If you want to move an object, you have to apply a force N (Newton) to it over a distance.

James Watt (January 30th, 1736 – August 25th, 1819) is famous for having improved the efficiency of the already invented steam engine with a so-called steam condenser in 1781. His mechanical skills made the system even more suitable for a variety of applications, thus the industrial revolution was a reality. He became very rich as a result, but only because he got help. He has supposedly said “I would rather stand face to face with a loaded cannon than negotiate a contract.”
Watt was the author of the power-unit Horsepower (HP), and now his name is used for the power-unit Watt (W). The unit HP is still popular and is defined as the power needed lift a mass of exactly 75 kg vertically 1 meter up in 1 second. How big a horse is required for that is unclear. The modern metric unit HP is a standard where 1 HP = 75 kg x g (gravity 9.80665 m/s² x 1 m/s) = 735.499 W (Watt) or 0.74 kW. In reverse you can say that 1 kW = 1.36 HP.
In short: If you want to move an object, you have to work with a power W (Watt) on it over a period of time.

James Prescott Joule (December 24th, 1818 – October 11th, 1889) was a physicist and brewmaster, and it was in his daily work at the brewery that he excelled in physics and mechanics. In 1841, when he was busy replacing the old steam engines with the newly invented electric motor, he began to see the connection between mechanical work and heat build up (the law of energy conservation), and also realized that resistance in electric conductors create heat (Joules 1st law). His name is origin of the unit we use today for energy conversion.
It can be a challenge to distinguish between Watt and Joule, but think of it this way: a bit of butter contains a certain amount of chemically bound energy (Joule), that is burned and converted to create power (Watt) in your muscles. We meet Joule every day when we look at packaged foods. A package of butter at 250 gram contains about 7,500 kJ of energy in the form of fat. Joule may be the most famous scientist ever due to his name being all over food packaging.
In short: If you want to move an object, you have to convert a certain amount of energy J (Joule) over a period of time.

Alessandro Giuseppe Antonio Anastasio Volta (February 18th, 1745 – March 5th, 1827) was in 1799 given credit for inventing the world’s first battery, called the Voltaic stack. This marked the beginning of a new scientific discipline called electrochemistry, which concerns the properties of metals and their ability to bind and release electrons in different substrates. Volta’s battery was made of many discs of copper and zinc in a stack submerged in salt water. For more than a century the most common battery type is the one found in ordinary cars, the lead-acid battery. But now Lithium-Ion batteries are taking over. They weigh less and contain more energy.
In any electric circuit there is a decline of potential (like a waterfall), and the higher potential (pressure) there is on the electrons at the source (like a battery), the more power can be the result. This difference in potential between the start and end of an electrical circuit is named after Volta and it is called Volt (V).
In short: If you want to increase the power W (Watt) of an electric motor, you can increase the voltage potential V (Volt) at the electrical source.

André-Marie Ampère (January 20th, 1775 – June 10th, 1836) was one of the founders of the work with electromagnetism (Hans Christian Ørsted being the one actually discovering it in 1820). But Ampère called it electrodynamics. His work with electric current is important in order to understand the connection to Volta’s electric potential. The parallel amount of electrons that can flow in an electrical circuit is named after Ampère.
To understand the interplay between the units Volt and Ampere you can think of a water hose. The diameter defines how thick the stream of water can be (Ampere) and the pressure from the water pump defines how fast the water streams (Volt). Imagine the water hitting a turbine. The turbine will turn faster (Watt) if you increase the diameter of the hose (Ampere) or increase the water pressure (Volt), or both!
In short: If you want to increase the power W (Watt) of an electric motor, you can increase the current A (Ampere) in the electrical circuit (thicker wires).

Now, even though I use these units every day, and have spent a lot of time trying to understand their use correctly, I have probably misunderstood something anyway. If so, please enrich me in the comments below.Units and parts of historical facts: Wikipedia