Skip to content
Loading...
How A Small School In Rural Zambia Will Finally Get Electricity
7 Water And Energy Conservation Strategies For Large Families
How 200 Solar Lights Found Their Way To A Small School In Rural Zambia
Ørsted Consolidates Customer Solutions & Bioenergy Divisions
India’s NTPC Limited Offers Solar Power Project Management Services To ISA Members
5 Tips to Make Your First Bike Commute to the Office a Successful One
Congress Charges Ahead on Energy Storage: (BEST) Act
First Round of 15 Winners of Reinventing Cities Competition Announced, Creating New Beacons of Sustainable Design & Construction
5 Major UK Businesses Powered by Renewable Energy
Buy An Electric Car And Save The Planet! Not So Fast, Consider The Alternatives First
Why Do Republicans Now Hate On Christian Morals, National Security, Democracy, The US Constitution, The Rule Of Law, The FBI, The CIA, Honesty, & The US Deficit?
Don The Con & Crew Creating Alternative Reality That Is Almost Completely Fake
Nasty Gas Smells In Long Beach Launch AQMD Long-Term Investigation — We’re There, And It’s About Time!
Policies & PoliticsScience 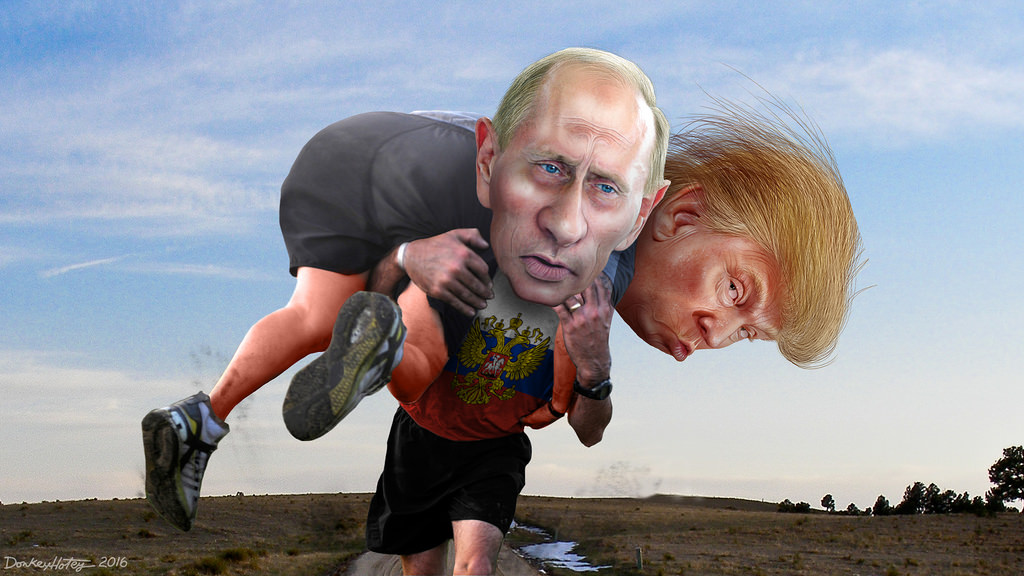 Okay, I am going to go out on a limb here, but I will make a prediction: If the Democrats take control of the House of Representatives in the midterm elections, Donald Trump will not be president when the new House is sworn in.

The famous op-ed piece that appeared anonymously in The New York Times looks has the look of a flag that has been run up so people would be prepared for the 25th amendment solution. Who wrote it is irrelevant. It looks like it was just put there to get the broader public to understand what could be expected before it actually took place.

Trump’s leadership has been worse than erratic. It has been destructive to the interests of this country in just about every venue where it has been asserted.

Before Trump, America still retained a good deal of its greatness. But the threatened withdrawal from the Paris Climate Agreement has taken the country out of its leadership role in both science and diplomatic relations. And the testy relationship with NATO has put our European allies on notice that they had to look elsewhere for military leadership. The threat to withdraw from various trade agreements hit our reputation of standing by our word as a nation. And its stands on refugees has established our country as one that is careless of all humanity.

A special case of our country’s bad direction can be seen in the trade war with China, which was unilaterally declared by the president. When Trump said he would put tariffs on Chinese solar panels, he was hitting a valuable resource for the fastest growing industry in the United States. He did this to support two foreign companies that were unable to compete with solar cells made in the US. The problem was not that China was cheating, but that American factories were not competitive. When countries like Canada reluctantly supported us, Trump astonishingly punished them with tariffs also.

As Trump’s foreign victims (meaning just every foreign country) are beginning to retaliate, foreign governments consider how their actions play out. They are hitting at Trump’s own supporters, and can see the demographics of who they are. So we have lost much of our market for agricultural production.

We are not winning the trade war, as Steve Hanley pointed out in a recent CleanTechnica article. Much of the damage will not be easily repaired. The first post-Trump administration will have to work hard to restore our reputation to get back our trade, and that will be costly.

We are riding high economically right now. Trump likes to take credit for that, despite the fact that the upswing started years before he declared himself as a candidate. But economic good times do not last for ever, and what those we are experiencing now are no exception. In this case, he and his supporters will get the blame, largely because of economic damage his ignorant actions are causing to our farms and industry.

Our leadership position has been taken over by the Chinese, who I suspect find the whole trade war thing highly entertaining. They are developing trade, diplomatic, and military relationships that will be functioning long into the future, while America tries to recover from Trump’s policy setbacks. We will have to develop our technological expertise very rapidly to come back after the neglect it has received while Trump’s attention has been focused on restoring obsolete enterprises.

While he has tried to restore coal for the sake of his American political cronies, China has been establishing undeniable world leadership in solar technology, electric transportation, and battery storage, Tesla notwithstanding. A single example can be seen in the CleanTechnica article, “China Leading The Way To Electric Car Future: BYD, BMW Highlight Beijing Auto Show.” Elon Musk cannot overcome the American neglect of both our science and our industry by himself, even with a Gigafactory.

Clearly, we have come to a point where something has to be done. And the first logical step is to get Trump out of office. For the Republican leadership, the problem is not so much a question of whether to do this, but how and, more to the point, when.

Right now, it looks like the Democrats are likely to be able to take control of the House of Representatives. That may not sound like the end for Trump. But if it happens, I believe it certainly will be.

The problem the Republicans have, with control of the House passing to Democrats, is not whether Trump will be impeached. I think it is clear that an impeachment will happen if the Democrats are calling the shots. That would be unacceptably messy, requiring an investigation into much more than Trump’s mental condition. Given his irrational behavior, which actually may get worse, Republican leadership will most likely feel compelled to remove him more cleanly and quickly than impeachment would allow.

One very big problem for the Republicans is what happens after Trump is removed from office. Mike Pence will become president, and there is little doubt of that. But a very big issue is who will the next vice president be?

If there is no vice president, it could have a profound effect on the Senate. The vice president’s duties include breaking any ties that develop in that chamber. That means that if there is no vice president, the Republicans would have to have a clear majority in that chamber, or they would not even have any control there. And even if they retain clear control, a slim majority puts real power into the hands of anyone who wants to play the role John McCain had as a possible pivot vote.

If the House of Representatives will fall to the control of Democrats as a result of the mid-term elections, the Republicans’ only hope of retaining a semblance of control in Washington is if they get both a new president and a new vice-president during the lame duck session. First one job, and then the other, it will all have to be done in just a few weeks.

They could, of course, hope to weather a stormy second two years of the Trump administration. But the economic upswing will probably peter out long before two more years pass, largely due to Trump’s follies. The risk is just too high, especially considering all the rest of problems he is creating. The failures of the next two years will cost the Republicans dearly, if they continue to support a man so clearly unfit for the job.

So, it looks pretty clear to me that we can hope the end of Donald Trump’s ascendancy is in sight.

Image by DonkeyHotey (some rights reserved)