Skip to content
Loading...
How A Small School In Rural Zambia Will Finally Get Electricity
7 Water And Energy Conservation Strategies For Large Families
How 200 Solar Lights Found Their Way To A Small School In Rural Zambia
Ørsted Consolidates Customer Solutions & Bioenergy Divisions
India’s NTPC Limited Offers Solar Power Project Management Services To ISA Members
5 Tips to Make Your First Bike Commute to the Office a Successful One
Congress Charges Ahead on Energy Storage: (BEST) Act
First Round of 15 Winners of Reinventing Cities Competition Announced, Creating New Beacons of Sustainable Design & Construction
5 Major UK Businesses Powered by Renewable Energy
Buy An Electric Car And Save The Planet! Not So Fast, Consider The Alternatives First
Why Do Republicans Now Hate On Christian Morals, National Security, Democracy, The US Constitution, The Rule Of Law, The FBI, The CIA, Honesty, & The US Deficit?
Don The Con & Crew Creating Alternative Reality That Is Almost Completely Fake
Nasty Gas Smells In Long Beach Launch AQMD Long-Term Investigation — We’re There, And It’s About Time!
Climate ChangePolicies & Politics 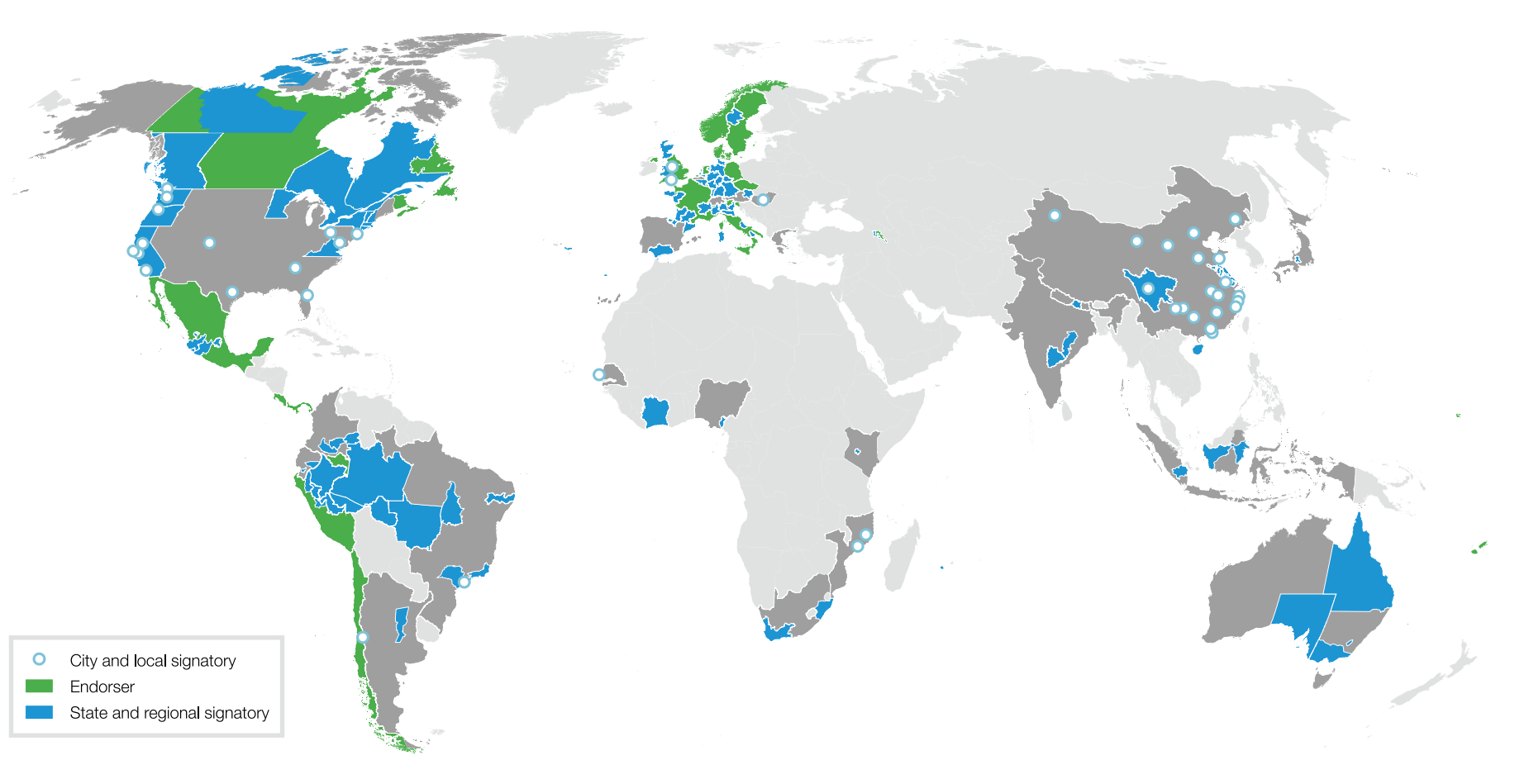 Over the last 12 months of activity, the Under2 Coalition has grown its members to encompass 205 governments from around the world, representing 1.3 billion people and almost 40% of the global economy, and all of them have committed to reducing greenhouse gasses by 2050.

These are the headline findings from a report released this week by the Under2 Coalition — a coalition of sub-national governments from around the world who have all committed to working together to reduce greenhouse gases. Formed back in May of 2015, the Under2 Coalition has grown from its original 12 founding members — Acre, Brazil; Baden-Württemberg, Germany; Baja California, Mexico; Catalonia, Spain; Jalisco, Mexico; Ontario, Canada; British Columbia, Canada; Wales; and the US states of California, Oregon, Vermont, and Washington — and now encompasses 205 members from 43 countries. The report serves to highlight the accomplishments of the Under2 Coalition throughout 2017 and the accomplishments of its members. One of the biggest achievements for the Coalition in 2017 was the appointment of Under2 Coalition Co-chair Governor Jerry Brown of California by COP23 President Fiji as the first ever Special Advisor for States and Regions — signalling the growing shift from national leadership to sub-national leadership, especially in the United States, Europe, and Australia.

The Coalition is also focusing on increasing governments’ transparent disclosure of their climate change mitigation process. So far, the number of state and regional governments committed to transparency has reached 110 governments — a 60% increase since 2016. Together, these governments represent US$13.4 trillion in GDP, which is the equivalent to 18% of the global economy and 658 million citizens.

The Under2 Coalition is also providing expert help, including connecting jurisdictions to policy experts and government peers around the world, and direct technical support and resources to help governments complete ‘2050 Pathways’ analyses.