Skip to content
Loading...
How A Small School In Rural Zambia Will Finally Get Electricity
7 Water And Energy Conservation Strategies For Large Families
How 200 Solar Lights Found Their Way To A Small School In Rural Zambia
Ørsted Consolidates Customer Solutions & Bioenergy Divisions
India’s NTPC Limited Offers Solar Power Project Management Services To ISA Members
5 Tips to Make Your First Bike Commute to the Office a Successful One
Congress Charges Ahead on Energy Storage: (BEST) Act
First Round of 15 Winners of Reinventing Cities Competition Announced, Creating New Beacons of Sustainable Design & Construction
5 Major UK Businesses Powered by Renewable Energy
Buy An Electric Car And Save The Planet! Not So Fast, Consider The Alternatives First
Why Do Republicans Now Hate On Christian Morals, National Security, Democracy, The US Constitution, The Rule Of Law, The FBI, The CIA, Honesty, & The US Deficit?
Don The Con & Crew Creating Alternative Reality That Is Almost Completely Fake
Nasty Gas Smells In Long Beach Launch AQMD Long-Term Investigation — We’re There, And It’s About Time!
BusinessClimate ChangeSustainability 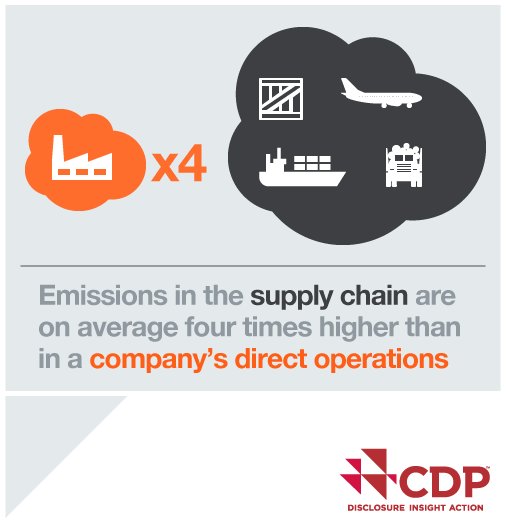 CDP has awarded 58 companies the title of “Supplier Engagement” leader as an acknowledgement of their climate leadership and approach to tackling the reduction of emissions in the supply chain. The more we learn, the more we begin to understand that there must be wholesale changes to the way we do life if we are to meet the targets laid out by the Paris Climate Agreement and minimize global warming to 2°C above pre-industrial levels, or the more ambitious 1.5°C. One area where this is most pronounced is in the corporate and business world, where a company’s own targets might mean very little if the product it is selling is made on an emissions-heavy supply line. Specifically, emissions in the supply chain are four times higher as those from direct operations.

According to CDP (formerly the Carbon Disclosure Project), the number of companies which are making huge strides to tackling emissions in the supply chain has doubled in the space of a year. Further, CDP announced this week 58 “Supplier Engagement” leaders, which is double the number identified in 2017. These “Leaders” include big-name companies like Apple, Bank of America, CocaCola, Honda, Microsoft, Nestle, and PricewaterhouseCoopers. These companies are named Leaders for their work with suppliers in reducing emissions and lowering the environmental risks within the supply chain.

“Big businesses have for some time understood the importance of managing their Scope 1 and 2 emissions, but Scope 3 emissions, hidden in the value chain — and far greater in volume — are just as vital,” explained Dexter Galvin, Global Director of Corporates and Supply Chains at CDP. “While it’s encouraging that awareness of climate-related risk is filtering down the supply chain, it’s crucial that engagement and action follows. As our findings show, this not only makes sound business sense, but can result in considerable cost savings for both purchasing organizations and their suppliers.”

CDP published its findings in a new report this week, Closing the Gap: Scaling up sustainable supply chain practices, which was based on primary data from more than 4,800 companies on behalf of 99 supply chain members — the largest data set ever collected by the CDP supply chain program. The information represents 51 different industry groups and segments and represents companies across 86 different countries.

Over three-quarters of suppliers responding to CDP identified some climate change risk inherent in their business, and more than half responded saying they have integrated climate change into their business strategies. CDP reports 551 million metric tonnes of carbon dioxide were reported by suppliers worldwide in 2017, an impressive increase from the 434 million metric tonnes reported in 2016. Further, cost savings amounted to $14 billion as a result of emissions reduction strategies.

However, more work needs to be done. According to CDP, these figures represent “only a fraction of what could be achieved if all organizations at each tier of the supply chain were engaged and working to drive down emissions.” Only 23% of supplier respondents are engaging with their own suppliers to reduce emissions which, according to the report, “shows that large portions of global supply chains remain untapped, representing foregone business opportunities, overlooked carbon reductions, and unrealized financial savings.”

Those suppliers who responded to the survey are nevertheless doing a lot to pave the way. A total of 76% have identified inherent climate change risks, and 70% have identified climate change opportunities that could lead to a “substantive” change in their business. 43% report board-level engagement, 42% say they have integrated climate change into multi-disciplinary company-wide risk management processes, and 52% report they have integrated climate change into the business strategy. Further, 47% have an emissions or renewable energy target, 20% of suppliers indicate their emissions targets were science-based, and 12% report consuming renewable energy.

“Delivering on the ambitions of the Paris Agreement will require businesses to play a key role to reduce emissions, manage water resources and limit deforestation within their operations and their supply chains,” commented Patricia Espinosa, Executive Secretary, United Nations Framework Convention on Climate Change, who wrote the foreword to the report.

“I am pleased to see that an ever-increasing number of companies reporting to CDP are integrating sustainability-thinking into their business models and applaud the members of the CDP supply chain program for being pioneers in this regard. I encourage businesses to work with suppliers to raise ambition across their supply chain.”