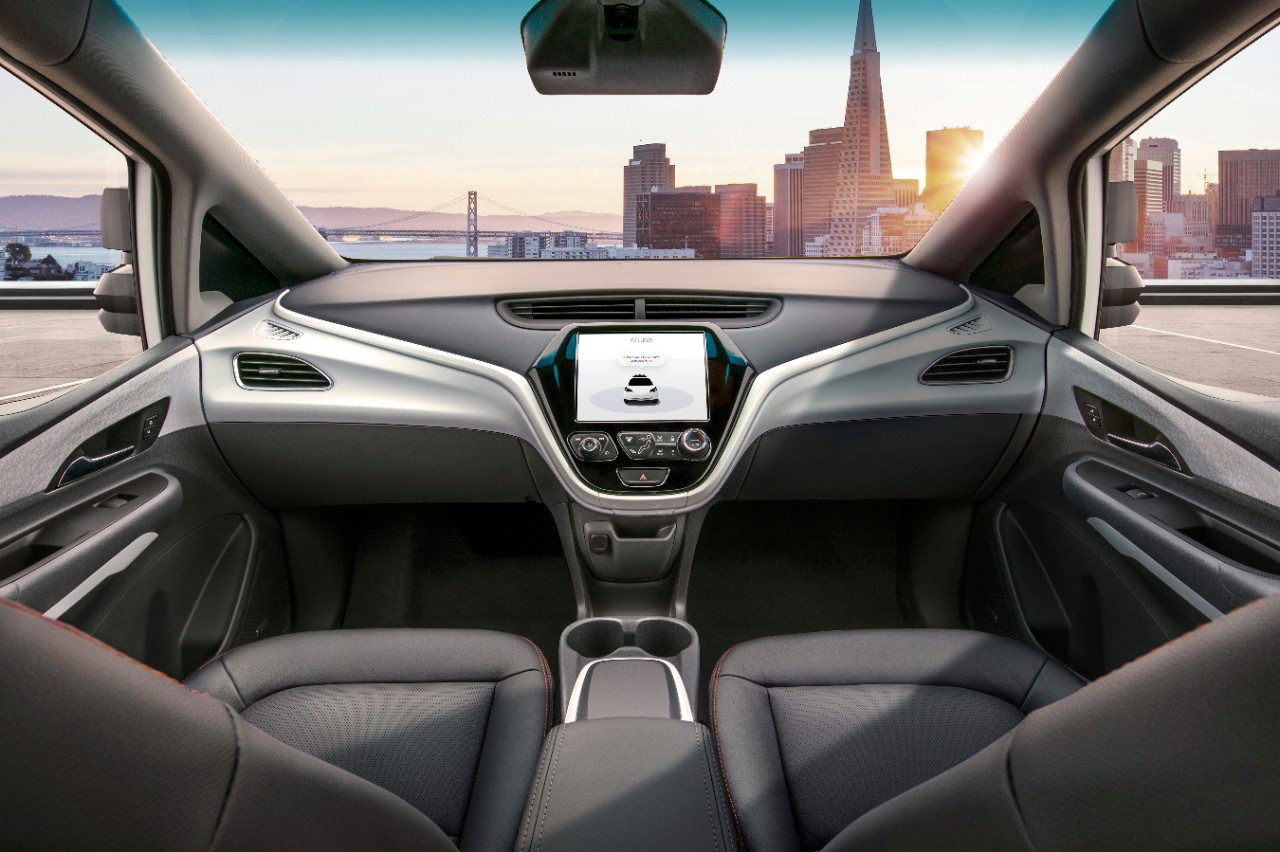 Are you sitting down? General Motors said this past week it plans to begin producing a fully autonomous car with no steering wheel and no pedals — not in some far off time, but next year. It says Chevy Bolts fitted with 4th generation autonomous technology will start rolling off the assembly line in 2019. The announcement makes for a nice segue between the end of CES 2018 and the start of the North American International Auto Show in Detroit.

Crosstown rival Ford says it will be offering driverless cars, but not until 2021. Google is planning to begin a driverless ride-hailing service in Phoenix, Arizona, soon using modified Chrysler Pacifica minivans, but those cars will still be fitted with traditional pedals and a steering wheel. The autonomous Chevy Bolts are intended for use in ride-hailing duty in several US cities, not for sale to individuals, at least not yet.

GM President Dan Ammann told The Verge. “It’s a pretty exciting moment in the history of the path to wide scale deployment and having the first production car with no driver controls. We believe this technology will change the world, and we’re doing everything we can to get it out there at scale as fast as we can.” If GM can stick to its self-imposed timeline, the self-driving Bolt will be the first mass-produced fully autonomous car in the world. It will be assembled at the Orion Township factory alongside its conventional cousins.

GM has petitioned the National Highway Traffic Safety Administration for a number of waivers from existing vehicle safety regulations. For instance, the autonomous Bolts will have no steering-wheel-mounted airbag because they have no steering wheel. D’uh. “A car without a steering wheel can’t have a steering wheel airbag,” Ammann said. “What we can do is put the equivalent of the passenger side airbag on that side as well. So it’s to meet the standards but meet them in a way that’s different than what’s exactly prescribed, and that’s what the petition seeks to get approval for.”

GM is currently testing its autonomous cars in Phoenix and in San Francisco. The company says the City by the Bay presents many more challenges for self-driving vehicles. “While we also test vehicles in Phoenix, our San Francisco vehicles predict an average of 32 times as many possible interactions as those in Phoenix. Thus, San Francisco challenges our self-driving system more because, as the number of objects increase, there are exponentially more possible interactions with objects that the self- driving system must consider. For example, GM’s self-driving Chevy Bolts encounter 270 emergency vehicles for every 1,000 miles driven in San Francisco, compared to just six in Phoenix.”

Each autonomous Bolt has not one but two data recorders to store data pertinent to every driving situation. Together, they keep a digital record of all input data from the car’s sensors, information about acceleration, braking and steering actions, and any malfunctions that may occur. Both are designed to survive in the event of a catastrophic accident.

GM is anxious to establish a lead in the autonomous car field. It has acquired Cruise Automation, a San Francisco based self-driving startup, as well as Strobe, another startup that specializes in Lidar technology. Adding both to its portfolio is part of the General’s plan to become a “full stack” autonomous car company.” It also plans to introduce up to 20 new EVs by 2023.

As Tesla muddles through “production hell” with its Model 3, some are suggesting the legacy automakers may not be as threatened by Tesla as once thought. Designing cutting-edge electric cars with advanced autonomous features may be where Tesla shines, but building millions of high-quality units is something the car companies have been doing very well for generations.

One area where Tesla still has a wide lead is integrating the sensors that are needed to make autonomous cars a reality in a way that does not detract from the appearance of the cars. Compared to the crude Lost In Space type arrays that sprout from the autonomous cars being tested by Waymo, Uber, General Motors, and others, Tesla’s sensor suite is virtually invisible to the untrained eye. It’s a good thing those cars from other companies are intended for commercial service because it is unlikely any self-respecting car owner would want one of those antlered beasts parked in the driveway.