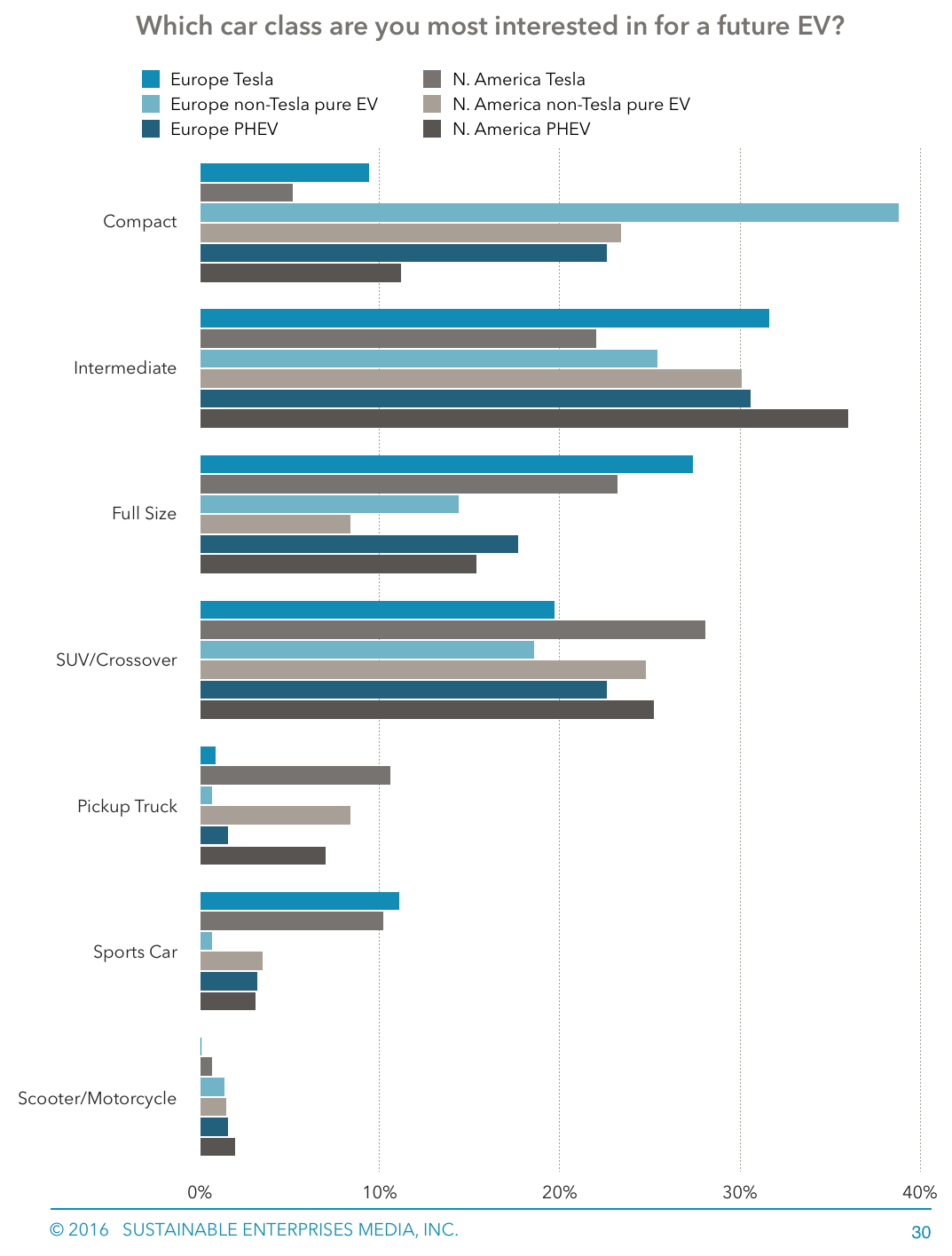 Sharing another segment of our new 93-page electric car driver report, this article jumps into the various car classes EV drivers are interested in.

If you’ve read the report intro before, just jump down below the line to get into the article. In case you missed previous intros, here’s a short summary of the report:

One of the challenges of the current EV market is extreme lack of choice. There are only a few widely available models, and even if you look in the most popular markets (California, Norway, etc.), EV models only account for a small percentage of all the vehicle classes.

We were curious which classes were most desired for future EV purchases and again polled respondents on this topic (simply in regards to size and style, not taking into account price). The results showed the most desired classes were “intermediate-sized cars” and “SUVs/crossovers,” two classes very poorly represented by current offerings. Overall, however, this was one of those topics where responses for some of the options varied markedly from one group to the next. Tesla drivers also had atypically strong preference for sports cars. 10– 11% of Tesla drivers chose that class as their top choice for their next EV, whereas the percentage ranged from 1% to 3.5% from the other groups. Presumably, the split here is because current Tesla drivers simply have more cash to drop on extravagant sports cars. However, another plausible explanation is that Tesla drivers are much more attracted to quick, high-performance cars — something we highlighted in earlier sections of this report.

Clearly, diversification across all of the car classes (in terms of size/style and price) would increase EV sales, but it seems that automakers would do well to focus on the intermediate and SUV/crossover classes first.