Skip to content
Loading...
How A Small School In Rural Zambia Will Finally Get Electricity
7 Water And Energy Conservation Strategies For Large Families
How 200 Solar Lights Found Their Way To A Small School In Rural Zambia
Ørsted Consolidates Customer Solutions & Bioenergy Divisions
India’s NTPC Limited Offers Solar Power Project Management Services To ISA Members
5 Tips to Make Your First Bike Commute to the Office a Successful One
Congress Charges Ahead on Energy Storage: (BEST) Act
First Round of 15 Winners of Reinventing Cities Competition Announced, Creating New Beacons of Sustainable Design & Construction
5 Major UK Businesses Powered by Renewable Energy
Buy An Electric Car And Save The Planet! Not So Fast, Consider The Alternatives First
Why Do Republicans Now Hate On Christian Morals, National Security, Democracy, The US Constitution, The Rule Of Law, The FBI, The CIA, Honesty, & The US Deficit?
Don The Con & Crew Creating Alternative Reality That Is Almost Completely Fake
Nasty Gas Smells In Long Beach Launch AQMD Long-Term Investigation — We’re There, And It’s About Time!
Community & CultureGreen Your LifeRenewable EnergySolar Energy 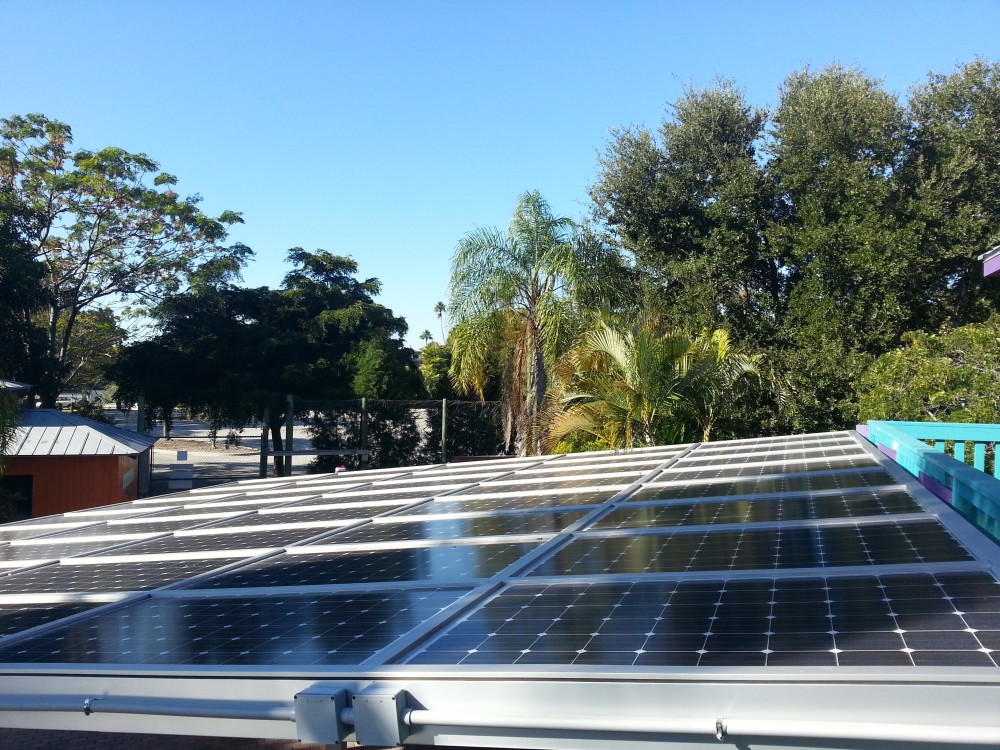 What could make more sense than to have groups of homeowners, neighbors, collaborating with community solar systems and activating community use and the benefits of solar? Predictions are that residential users will increasingly join and build community-based solar systems and partnerships.

Quite naturally, some structures lend themselves better than others to solar energy. With approaches such as this, the use of various rooftops and land used for solar energy production may be more or less applicable house to house. The home’s orientation, roof slope, and shading from trees or other structures make some arrangements ideal and others less appropriate. It is a timely step for the community solar market to ramp up to fill the gap left in the home solar market.

Small groups manifesting together the use of solar systems enjoy the outcome of energy produced in their neighborhood. They all share in the benefits — present and future. According to experts from Oregon State University, increases of 5–10% in total energy produced are possible from neighborhood solar.

Many neighborhoods want the “durable and pollution free” benefits of solar, which often comes with a performance guarantee of up to 25 years — and produces no greenhouse gasses. Policies supporting such projects could perk up progress that communities need and want.

Oregon State University concludes that collaborative neighborhoods working on this will find a significant gain in predictable solar energy supply as well. “At the same time, it can reduce the variability and unpredictability of the solar resource.”

“An approach such as this makes the most sense in a neighborhood where there’s a lot of variation regarding sun and shadow, and the orientation of buildings,” said Mahmoud Shakouri, a doctoral candidate in the OSU College of Engineering.

Expanding on and improving that conventional approach to residential solar energy that considers homes as individual packages, the neighborhood packages offer a better choice of placement. Up until this point, the choice of placement has focused on individual homes. Changing the approach to grouping 10 or 20 houses in a neighborhood (within a collection of homeowners interested in solar energy) optimizes the project. Everyone shares in the economic and environmental benefits — and can sleep with a clear conscience.

It is not a new idea, but it has not grown nearly as fast as residential, commercial, or utility-scale solar power. Shakouri said, “It failed to generate much headway in the United States due to limited interest in solar energy, high initial costs, and tax credits or incentives that fail to recognize this approach to optimizing the solar.”

The US Department of Energy now supplies free software to help implement such a strategy. Hopefully we’ll have more good news on this sector to share with you soon.

Rural Electric Cooperatives Are Opting For Community-Scale Solar. Here’s Why

Community Solar: Many Forms, Many Contexts, & For Many Reasons