Skip to content
Loading...
How A Small School In Rural Zambia Will Finally Get Electricity
7 Water And Energy Conservation Strategies For Large Families
How 200 Solar Lights Found Their Way To A Small School In Rural Zambia
Ørsted Consolidates Customer Solutions & Bioenergy Divisions
India’s NTPC Limited Offers Solar Power Project Management Services To ISA Members
5 Tips to Make Your First Bike Commute to the Office a Successful One
Congress Charges Ahead on Energy Storage: (BEST) Act
First Round of 15 Winners of Reinventing Cities Competition Announced, Creating New Beacons of Sustainable Design & Construction
5 Major UK Businesses Powered by Renewable Energy
Buy An Electric Car And Save The Planet! Not So Fast, Consider The Alternatives First
Why Do Republicans Now Hate On Christian Morals, National Security, Democracy, The US Constitution, The Rule Of Law, The FBI, The CIA, Honesty, & The US Deficit?
Don The Con & Crew Creating Alternative Reality That Is Almost Completely Fake
Nasty Gas Smells In Long Beach Launch AQMD Long-Term Investigation — We’re There, And It’s About Time!
High-Speed TrainsTransport & Travel 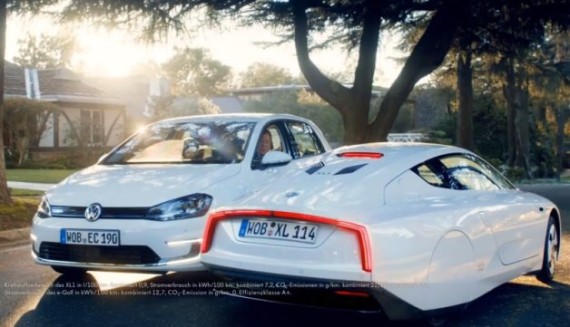 Despite Volkswagen sales in the US generally falling following the diesel car emissions testing scandal, e-Golf sales have been rising notably — with a year-on-year comparison of 2014 and 2015 sales showing an increase of nearly 300%, based on the the most recently released sales figures.

To be more specific here — November 2015 saw Volkswagen of America sell 472 e-Golfs, as compared to 119 sold in the US during November 2014. Of course, these sales, while representing a notable rise, are still well under those of the best selling Volkswagen models — so I guess the scandal hasn’t altered consumer habits as much as might have been hoped.

The November sales results reflect the impact of the recent stop-sale for all 2.0L 4-cylinder TDI vehicles as well as for the 3.0L V6. The voluntary stop-sales were issued in light of notices received by the Environmental Protection Agency (EPA) and the California Air Resources Board (CARB) regarding emissions compliance.

“Volkswagen is working tirelessly on an approved remedy for the affected TDI vehicles. During this time we would like to thank our dealers and customers for their continued patience and loyalty,” stated Mark McNabb, chief operating officer, Volkswagen of America.

One can’t help but laugh a bit at statements like that considering all that’s been revealed about company culture (and general practices) as a result of the scandal. Perhaps a stronger push towards electric vehicles (EVs) would be a better long-term choice than continuing to try and push diesels on consumers. Perhaps’s the company simply figures that over the longer term the American companies (Tesla, Apple, Google, etc) are going to takeover anyways. ?