Car and Driver has declared the Tesla Model S 70/70D one of the “10 Best Cars of 2016.” Car and Driver points out Tesla’s innovation and Musk’s popular appeal but says that, even ignoring all of that, “the Model S still points a spotlight on the auto industry’s complacency.” Absolutely.

Complacency and the status quo do not make for a reversal of modern-day problems such as air and water pollution. Certainly, there is no complacency in Tesla Motors’ work with EVs. 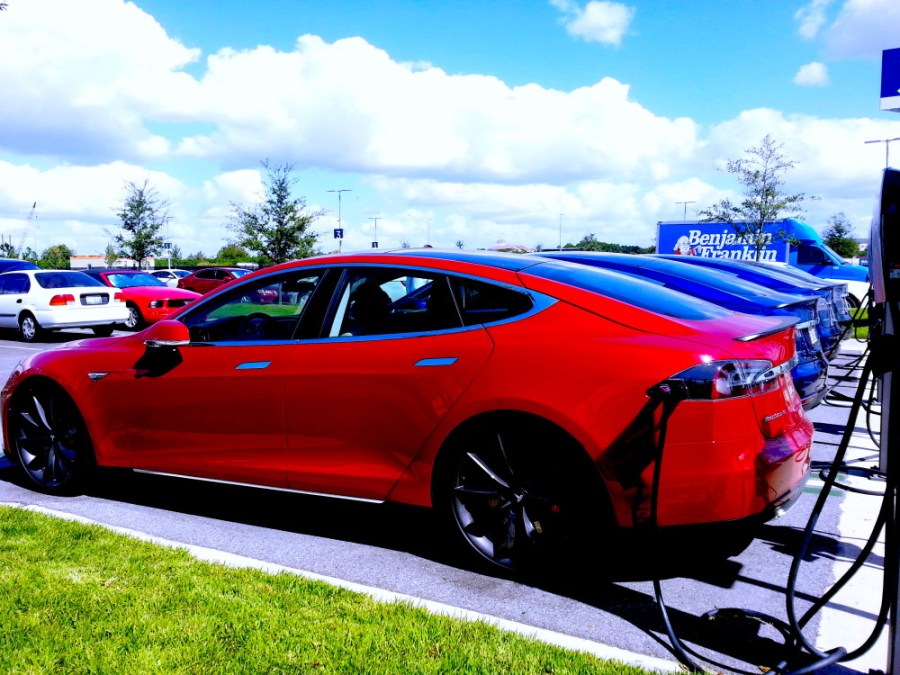 Car and Driver notes, “To drive a Tesla Model S is to reexamine how a car and its driver should interact.”

For drivers starting out now, Tesla offers a pure beginning to the open road. “The door handles stow flush with the sheet metal until they glide out to meet your hand as you approach. The stereo and climate system power on the moment you open the door. Who needs a headlight switch when the car is smart enough to know the difference between day and dusk, sun and rain?”

Still, this is not the reason to drive a Tesla — only the icing on the proverbial cake. There is something so sleek it is almost stealth personified in the best sense. Car and Drivercontinues, “Pared to its essentials, the cabin glows with an elegantly modern simplicity. We bristled at touch screens until Tesla’s sharp, 17-inch pane rendered buttons large enough to use at speed on a crumbling interstate. Periodically, the Model S learns new tricks via a ­software update it had downloaded while you were away.”

Along with this sublime, technologically keen Tesla Model S dashboard and system, Tesla Motors is redefining how the ‘buy’ of a Tesla takes place. No more starting at a base price you think you can afford and hundreds of dollars later signing a contract for so much more a month. Yes, the gamechanger of auto financing and selling via Tesla, Car and Driver noted as well. “It is as easy to buy a Tesla on Tesla’s website as it is to shop Amazon. Configure the car you want, make a $2500 deposit, and your Tesla arrives a couple of months later.”

For now, the Tesla Model S is the EV that alleviates range anxiety on long trips — allowing you to have longer commutes and take out-of-town journeys with ease. Like most EVs, one can fuel up at home, but Teslas have well over 200 miles of range (vs under 100 miles). For longer (even cross-country) jaunts, Tesla has a nationwide network of free, high-voltage superchargers that charge the cars about twice as fast as DC fast chargers.

I test drove a Tesla 70D, and although I love the smooth drive of the Nissan LEAF, Tesla’s ride is like “pearls on porcelain.” The sense of being in a silky living room of an automobile makes Tesla the car for any growing family. “The car steers, corners, and rides with a competence that seems perfected over decades of focused suspension development rather than a few short years as a Silicon Valley startup.”

That torque, that silent instantaneous Tesla torque. The 70D accelerates at light speed, and one nearly thinks they are going to wind up on the Enterprise crossing time and space zones — (re)materializing seamlessly to a trajectory of triple-digit speeds.

Like with the BMW i3, to slow, rather brake, all one does is lift the foot off the accelerator, and braking takes place naturally without an aggressive press on the pedal. One does learn to drive only needing one pedal. This is also great for “recapturing electricity with the pace of traffic and the flow of the road.”

I love another Car and Driver phrase describing the authenticity of the Tesla — “the intangibles palpable.” The phrase is so apropos and lingers in the driver’s or rider’s mind long after a test drive. I can only imagine what a week or a month with a Tesla would become. One of the features I consider EV enlightening is Tesla’s “Cloud-Based Commuting,” as Car and Driverterms it. Even after you purchase or lease a Model S, the EV may not be regarded as perfect enough by Tesla’s standards, not yet finished. No loss, in fact — your Tesla will keep on evolving after it is in your garage. Tesla’s software updates keep a Model S that has already been purchased continually improving.

More from Car and Driver:

“We would choose the four-wheel-drive Model S 70D. To this, we would add Autopilot semi-autonomous capability ($2500) because our commutes are long and boring. We’d opt for the Smart Air Suspension ($2500) for ride-height adaptability. We’d replace the flat standard seats with tan next-generation seats ($2500). And they would be heated, too, thanks to the Subzero Weather package ($1000). Slap on some Midnight Silver Metallic paint ($1000) and we arrive at a total of $85,700.”

That’s Car and Driver‘s selection. Yours?

Tesla Model S Is The “Car Of The Year” In Australia

Tesla Model S vs BMW i3 vs Nissan LEAF — My Dilemma