Skip to content
Loading...
How A Small School In Rural Zambia Will Finally Get Electricity
7 Water And Energy Conservation Strategies For Large Families
How 200 Solar Lights Found Their Way To A Small School In Rural Zambia
Ørsted Consolidates Customer Solutions & Bioenergy Divisions
India’s NTPC Limited Offers Solar Power Project Management Services To ISA Members
5 Tips to Make Your First Bike Commute to the Office a Successful One
Congress Charges Ahead on Energy Storage: (BEST) Act
First Round of 15 Winners of Reinventing Cities Competition Announced, Creating New Beacons of Sustainable Design & Construction
5 Major UK Businesses Powered by Renewable Energy
Buy An Electric Car And Save The Planet! Not So Fast, Consider The Alternatives First
Why Do Republicans Now Hate On Christian Morals, National Security, Democracy, The US Constitution, The Rule Of Law, The FBI, The CIA, Honesty, & The US Deficit?
Don The Con & Crew Creating Alternative Reality That Is Almost Completely Fake
Nasty Gas Smells In Long Beach Launch AQMD Long-Term Investigation — We’re There, And It’s About Time!
Climate ChangeDeforestationForestsNature

Some of you may know John Perlin, author of “Let It Shine: The 6,000-Year History of Solar Energy.”  A physics professor at University of California Santa Barbara, Mr. Perlin’s expertise in renewable solar energy and photovoltaics was fundamental in writing CleanTechnica’s miniseries on the evolution of photovoltaics.

Perlin has written about more than solar. His book, “A Forest Journey: the Story of Wood and Civilization,” is an enduring classic that has just come out in a third edition. The book details the place of forests and wood in our civilization’s evolution.

Concerning the conception of “A Forest Journey,” Perlin­­­­ wrote to me, “While doing research for what became my latest book, “Let It Shine: The 6,000-Year History of Solar Energy,” I found that reliance on the sun for house and water heating throughout time occurred when people began to run short of wood. Wood was the principal fuel and building material for civilization, from ancient Mesopotamia to nineteenth century America. Its abundance or scarcity shaped, in large part, the culture, demographics, economy, internal and external politics, and science and technology, which no one had ever before considered. To fill this void, I decided to write the first comprehensive account of the principle role played by forests in the development of civilization.”

As a former carpenter and cabinetmaker, I have long had great respect, even a love affair with the woods I used and the trees that bore them. There is nothing quite comparable to the smells of cherry when it is milled, or of pine being sawn – odors that seem intoxicating. Forests stand out for providing us with their beauty, in addition to their many sustainable products. This blessing won’t be around for long, however, if we continue forward with how rapidly we are eliminating them.

The relevance of the book has only increased over time since our survival hinges on the world’s trees’ ability to store ever greater quantities of carbon and maintain watersheds. Here is where our interview commences.

Meyers: Your book chronicles a time in our civilization’s ancient history when our planet was largely forested, when wood was highly valued as a primary building material. Can you briefly describe this era and where it occurred?

Perlin: About four thousand years ago, in the mountains of China and above Mesopotamia – now known as Iraq – all had big trees, rivaling the size of today’s trees in the Amazon, as did almost everywhere in Europe, the western hemisphere, even North Africa. It was a forested world, populated by forest people.

Meyers: It is difficult imaging these present-day countries as ever being forested. You have provided us with a remarkable perspective from ancient times. What happened?

Perlin: Ancient writers from China, the Middle East, Europe, and much later in North America observed a simple act – forests always recede as civilization develops and grows. All the great observers of humankind – Mencius, the unknown author[s] of the “Epic of Gilgamesh,” Isaiah, Homer, Plato, Lucretius, Ibn Khaldun, John Evelyn, John Muir – attest to this fact.

Meyers: You have provided us with a powerful work of research about which many people are completely unaware. What was your reasoning for taking on such a daunting research project as this? 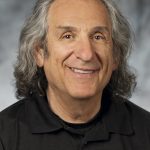 Perlin: To quote Bob Dylan, most students found themselves, when studying the past, just “memorizing politics of ancient history,” totally irrelevant to current life. Suddenly, I discovered the key to the development and growth of all societies, past and present, as well as their decline and demise, as attested by the participants in each time period. Despite great hardships – living outside for three years – I felt compelled to venture where no one else had hitherto tread, to show the underpinning of societal evolution from the time of the Fertile Crescent to the Semiconductor age.

Meyers: Today you write about tremendously exciting technologies taking place with solar photovoltaic’s, only to see the dismantling of rainforests. Please elaborate.

Perlin: It’s not just rainforests, it’s all forests. Installing solar and wind will be in vain, if we continue to destroy our remaining woodlands. According to Scientific American, “Deforestation in tropical rainforests adds more carbon dioxide to the atmosphere than the sum total of cars and trucks on the world’s roads.”

And so “A Forest Journey” continues as our survival today is inexorably linked to the trees.

Next: The tree’s effect on earth

“When we contemplate the whole globe as one great dewdrop, striped and dotted with continents and islands, flying through space with other stars all singing and shining together as one, the whole universe appears as an infinite storm of beauty.”