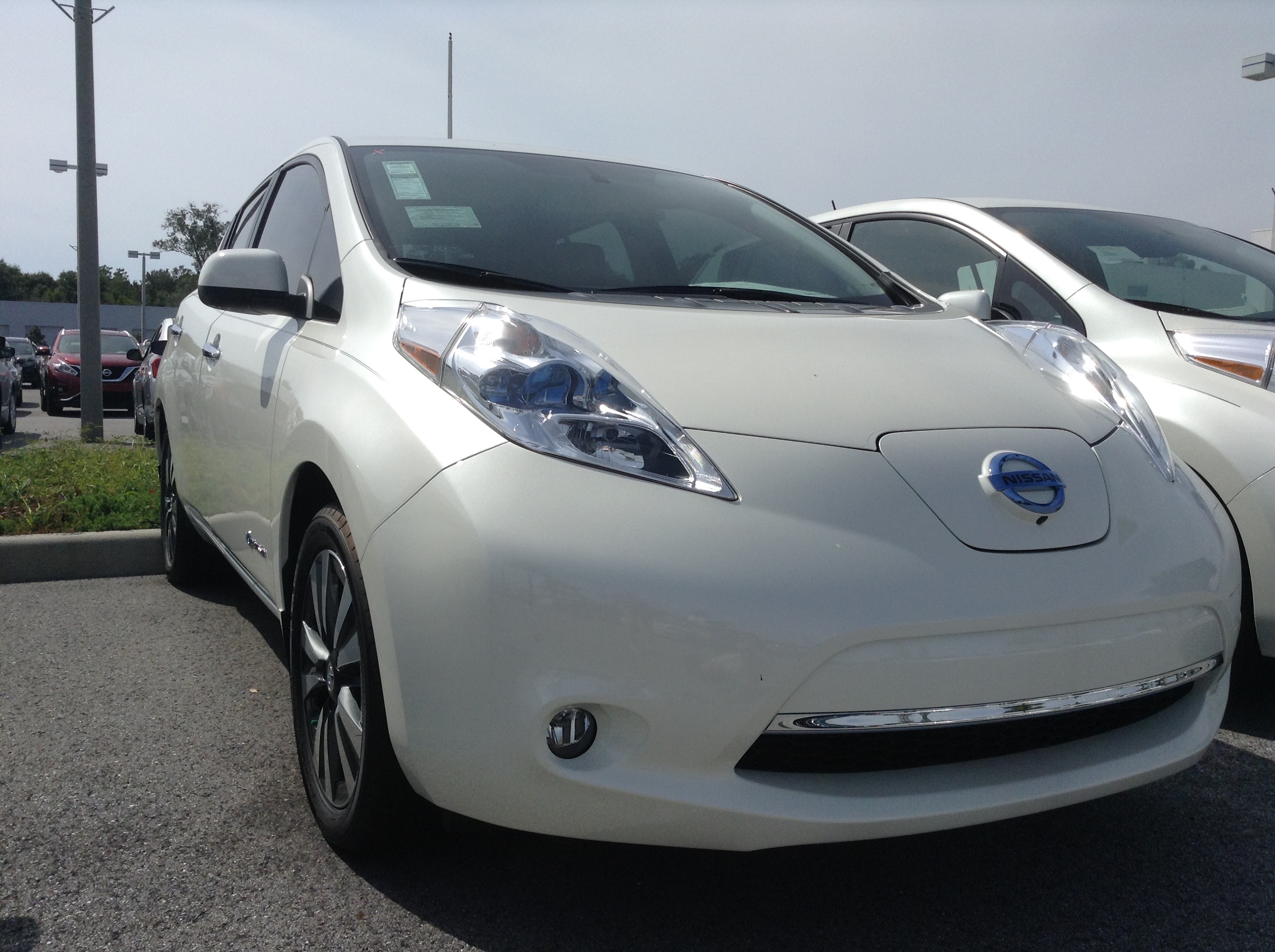 Aside from the amazing Tesla Model S 70D, Cadillac ELR, BMW i8, and Porsche Panamera S E-Hybrid — four high-priced heavyweights in the electric car segment — I test drove the Chevy Volt (for the first time!), Nissan LEAF (for the second time), and BMW i3 (for the second time) last week in Florida. It was an interesting experience.

The Nissan LEAF Is A Winner

The LEAF really impressed me. It is a really nice car, imho. I kept asking if the 2015 LEAF had significant improvements over the 2013 LEAF, because it seemed much better than my memory of the 2013. But I think I realized what the real situation was. In 2013, I drove the BMW i3 and then drove the Nissan LEAF. The BMW i3 has pretty wicked acceleration, and definitely has more of a cutting-edge, look-at-me style. I went away with a good impression of the LEAF in 2013 — it’s still much nicer to drive than a higher-priced Mercedes or BMW gasmobile — but my perception was warped by the i3 test drive and I didn’t appreciate it as much as I could have.

The 2015 LEAF I drove, which we now have Cynthia in (and thoroughly reviewing), was really smooth to drive. As Cynthia and I both noticed, it felt smoother than every other electric car we both test drove other than the Model S — the BMW i3, Porsche Panamera S E-Hybrid, and Chevy Volt. That’s saying something! I also drove the BMW i8 and Cadillac ELR without Cynthia, and I’d say the LEAF was smoother than the i8 (to be expected for any non-EREV PHEV) but about as smooth as the ELR. Anyhow, it is a super smooth drive, and after renting gasmobiles, that is very noticeable and appreciated. The acceleration doesn’t compare to the higher-end cars I just mentioned, of course, but it was still peppy and enjoyable — as one would expect from any fully electric car.

The Volt Impressed, But Not Enough

The biggest comparison is with the Volt, but I’m afraid I went and warped this comparison, because in between these test drives were the i3, i8, one night of sleep, Model S 70D, and Panamera S E-Hybrid. After driving those four wicked-awesome cars, the Volt didn’t feel very special to me. I had the impression the LEAF acceleration was better. Technically, it shouldn’t be, so I’m afraid my perception simply got warped. I’ll need to do a back-to-back test drive at some point for a better comparison. Nonetheless, I think an overall feeling that they aren’t too different when on electric drive is probably a solid one.

On the interior, I preferred the LEAF. It felt like it had a lot more space, and it did have one more seat than the Volt. The windshield of the LEAF — one of our favorite things about the car, actually — is quite big and allows for great visibility. The Volt did not excel in this category. The 2015 Volt looks much better in person than I ever thought it looked in pictures. I’ve never liked it in pictures, but actually liked it quite a bit in person. Still, I prefer the LEAF on that front as well… but that’s a totally subjective matter.

Of course, if you want a lot of extra gasoline range, and are fine with ~40 miles of electric range, the Volt is hard to beat. And the price point is also competitive with many a gasoline vehicle lacking the joy and convenience of electric drive. With the 2015 Volt ~53 miles of range and better acceleration, I think it’s a very hard car to beat.

The BMW i3 Is Still Tops For me, the BMW i3 is still the clear leader among this group. But given the price, one would expect that. As noted above, the LEAF did have a smoother drive, but the i3’s acceleration is wicked. And aside from the acceleration fun, the i3 seems to have the strongest regenerative braking in the industry. It is totally awesome to use once you get a little accustomed to it. It will bring the car to a full stop, and in many city driving instances, it does so about as quickly as I’d do so on my own in a car without regenerative braking. While the Model S is known for great regen and very enjoyable one-pedal driving, I think the BMW i3 offers one-pedal driving at its best.

The downside of the i3 is that the space in the back doesn’t seem to match the LEAF’s. Again, it’s a 4-seater, not a 5-seater, and the passengers in the back just don’t seem to have as much space (I’m assuming they technically don’t). In general, you sit a bit higher in the i3, which I like, but the distance from the floor to the spot for your butt doesn’t seem to be as far. As anyone can see, the i3 has a cutting-edge look — some hate it, some love it. My sister hated it, my mom loved it, and I love it or like it or feel a bit “errr…” about it depending on the day and the angle. All of us liked the way the back doors opened, which is apparently an unusual opinion, but I stand by the point that locking a 2-year-old into the back is a genuine + in my book.

The BMW i3 windshield is huge (similar to the LEAF, but maybe even better), which my mom and I greatly appreciated. However, the windows in the back are quite small, which any passenger (even my little baby girl) probably won’t appreciate.

I do think it’s important to remember that the i3 is widely considered the greenest car on the market (globally) and is the most efficient car on the US market. It is light despite the batteries thanks to BMW pioneering carbon fiber production for cars (this is the first production car in the world to use it) and that is noticeable when you step on the pedal hard after sitting at a red light or stop sign. Actually, it is even noticeable up to a fairly high speed (~40 mph) when you press down on the pedal.

While I wouldn’t deny that the Model S is the best car on the planet, the i3 is blast to drive. I even saw recently that a guy who has both an i3 and a Model S prefers the i3 for daily city driving and the Model S for longer trips. That’s quite a statement.

Arguably, the i3 shouldn’t be compared to the Volt or LEAF, but I imagine there’s a good number of people considering it and at least one of those options. I was initially considering the LEAF, i3, and Model S, but am now stuck between the i3 and Model S. I have a very hard decision to make….