Skip to content
Loading...
How A Small School In Rural Zambia Will Finally Get Electricity
7 Water And Energy Conservation Strategies For Large Families
How 200 Solar Lights Found Their Way To A Small School In Rural Zambia
Ørsted Consolidates Customer Solutions & Bioenergy Divisions
India’s NTPC Limited Offers Solar Power Project Management Services To ISA Members
5 Tips to Make Your First Bike Commute to the Office a Successful One
Congress Charges Ahead on Energy Storage: (BEST) Act
First Round of 15 Winners of Reinventing Cities Competition Announced, Creating New Beacons of Sustainable Design & Construction
5 Major UK Businesses Powered by Renewable Energy
Buy An Electric Car And Save The Planet! Not So Fast, Consider The Alternatives First
Why Do Republicans Now Hate On Christian Morals, National Security, Democracy, The US Constitution, The Rule Of Law, The FBI, The CIA, Honesty, & The US Deficit?
Don The Con & Crew Creating Alternative Reality That Is Almost Completely Fake
Nasty Gas Smells In Long Beach Launch AQMD Long-Term Investigation — We’re There, And It’s About Time!
ActivismRenewable EnergySolar Energy 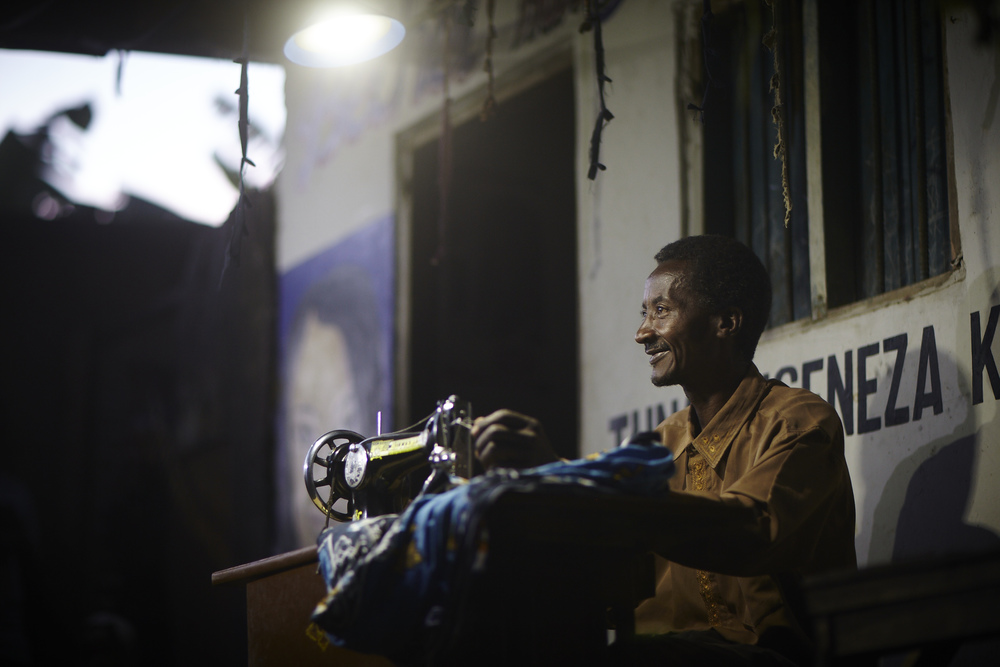 Meeting the energy needs of the poor

This innovative renewable energy program is targeting households making as little as $1 a day. The solar electricity program uses mobile money – where customers pay with their mobile phones. In a region where few individuals have bank accounts, this concept is frequently used as a method of payment.

To this end, Off Grid Electric is emerging as a leader in the field for using mobile money. This large venture capital funding deal attests to how its is regarded as a distributed energy leader in Africa. Using this kind of mobile platform for off-grid alternative electricity is critical, points out this distributed energy company.

“In Sub-Saharan Africa, only 34% of the population have a financial account, leaving the majority of our potential customers unbanked. By collecting payments via mobile money, we are signing up customers for their first formal financial service and giving them a tangible reason for regular use. Payment history collected through our software accumulates a credit profile for customers, which can help unlock access to other financial services as well. Rural mobile money agent liquidity is also improved by our customers “topping-up” their mobile accounts in frontier areas instead of cashing out. “

Off Grid Electric, based in California and Tanzania, is installing solar in over 10,000 homes and businesses per month with its radically affordable solar leasing platform. The company has signed a partnership with the government of Tanzania to power one million homes in the next three years. Soon it plans to launch its service in Rwanda.

As reported by SolarPowerWorld, the $25 million investment round was led by DBL Partners. The investment in Off Grid Electric is the firm’s first international investment, expanding DBL’s double bottom line investment approach overseas.

“We are in the midst of a solar revolution in Africa. The success of our pre-paid leasing model in Tanzania has global implications and demonstrates that universal energy access is achievable,” said Xavier Helgesen, co-founder and CEO of Off Grid Electric. “We are building a platform to power millions of homes and businesses in the coming years, and DBL is an incredible partner to help us achieve our vision. They have seen firsthand through their early investment in SolarCity how to build a market leader in solar leasing.”

Admirably, the company reports it is providing “an energy ecosystem that combines the world’s most efficient LED lights and appliances to optimize the energy output from our solar panels.”