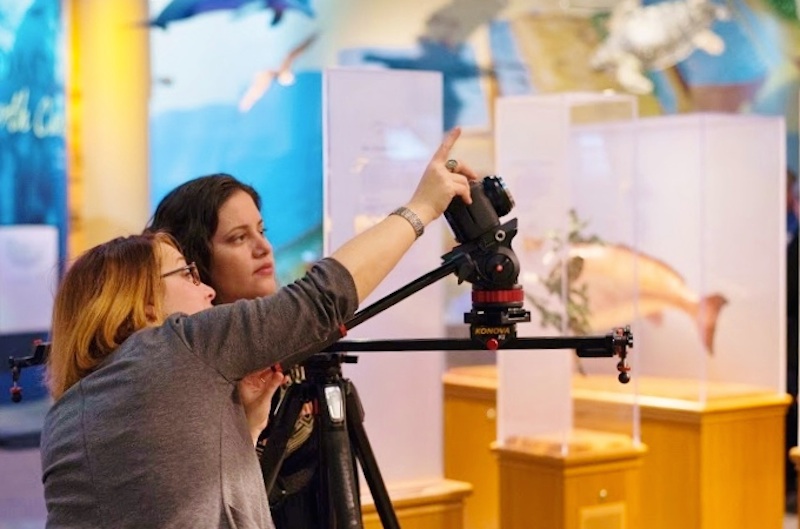 What do a government scientist, reverend, fisherman, and farmer all have in common? As Pope Francis wrote in his environmental encyclical, “Praised Be,” they all share a common home. And, as floods, droughts, heat waves, and storms hurt their home with increasing frequency and severity, they all share a common desire to survive and prosper.

It’s this shared desire that has inspired the Climate Listening Project, a platform for people experiencing climate disturbance to share their stories of resilience.

Launched by Dayna Reggero, a long-time environmental activist and visual storyteller, and sponsored by the Natural Resources Defense Council, the Climate Listening Project shifts the focus from dire scientific predictions and nauseating political debates, to connection, communication, and hope. Through her work on Showtime’s acclaimed climate change series, Years of Living Dangerously, Reggero heard stories of climate impacts people are already thinking about and witnessing. She wanted to provide a forum where people could get real about what’s happening to the planet and discuss solutions.

“We’re trying not to talk at people about this,” Reggero explained. “We’re allowing a place — a safe place — for people to talk among themselves. A place where people can say, ‘this happened and this is what we’re doing about it.'”

The “safe place” is a very fluid term for Reggero. She encourages communities to share their stories on the Climate Listening Project’s Facebook page, establish a place in their community for people to meet and discuss, or create a video that shares their story with a wider audience. And if they choose to create a video, Reggero and her dedicated staff at the Climate Listening Project are there to help.

The Climate Listening Project has released videos featuring the work of communities in western North Carolina who are already experiencing changing rivers and agricultural disruption, as well as local farmers sharing their wisdom about how to adapt. One of their most recent videos features members of the faith community voicing their support for Pope Francis and his encyclical, and talking about ways they are protecting God’s creation and vulnerable communities.

“I’m so thankful for Pope Francis and the ways he’s connecting the dots between nature and creation and social justice. Where he’s recognizing that this is not just an issue about hugging trees or caring for our water, it’s about caring for people; in particular, the people who are most impacted by climate change,” said a faith member in the video.

“We are recognizing the moral obligation we have to be a good steward and show our gratitude to God by not being wasteful and taking care of the many blessings and gifts God has given us,” said Father Patrick Cahill of the Parish of Saint Eugene.

Along with being a long-time environmental activist, Reggero is also a long-time Catholic. She grew up Catholic and traveled to Italy and the Vatican. Like many Catholics interested in social change, she hasn’t always agreed with the position of the Church and, like many people of faith, has found it hard to talk openly about religion. But the Pope’s position on the environment is something she definitely supports. It has inspired in her a sense of pride in being Catholic.

“This is the first time I feel so proud in the Church,” said Reggero. “I feel like I can talk about it with folks.”

But the real beauty behind the Climate Listening Project is that it focuses on what we really should be talking about: how to survive and create a beautiful future. There’s no erasing our past mistakes and it’s not helpful getting bogged down with scientific figures and predictions, which are sometimes overwhelming and discouraging. The only thing we can do as a species is survive with grace, dignity, and respect for each other.

As Reggero puts it, “There’s a desire in human beings to survive and do it in a good way.” The Climate Listening Project is here to help that happen.

If you’re interested in sharing your story, follow the Climate Listening Project’s Facebook page and get in touch with Regerro and her team. Let’s keep the conversation going!