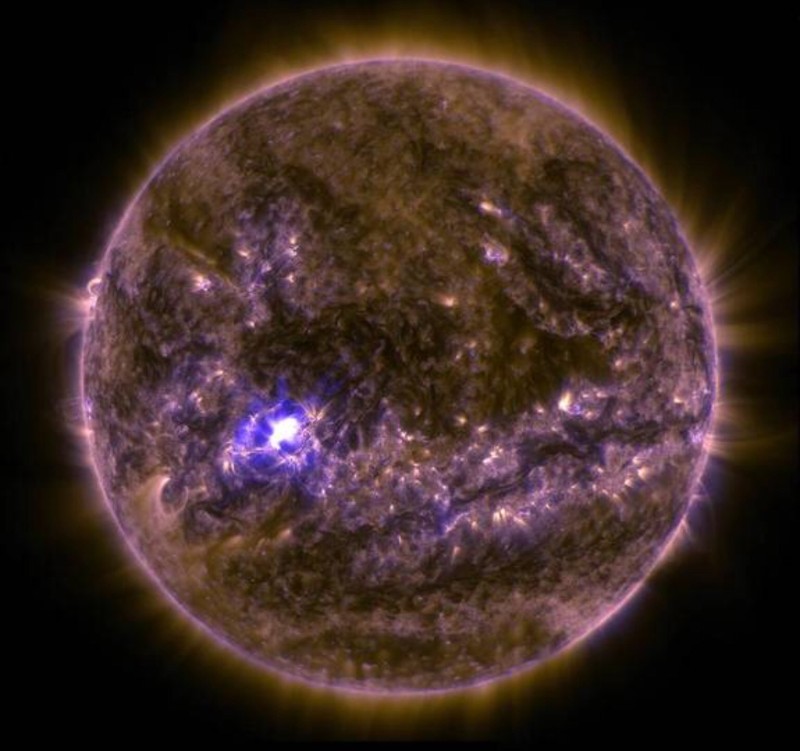 The first X-class solar flare in quite some time — and the first of year — was released from the Sun on March 11, 2015. The giant solar flare was actually directed exactly at the Earth, and is known to have caused an hour-long high-frequency radio communications blackout in many areas — according to researchers at the US Space Weather Prediction Center.

Worth mentioning up front — the X2.2-class solar flare may or may not cause a geomagnetic storm (northern lights) on sometime during March 14-16. These events are somewhat unpredictable though. With regard to the recent radio blackout, the US Space Weather Prediction Center stated (on its website): “An R3 (Strong) Radio Blackout peaked at 1622 UTC (12:22pm EDT) today, March 11. This is yet another significant solar flare from Active Region 12297 as it marches across the solar disk. This is the largest flare the region has produced so far, after producing a slew of R1 (Minor) and R2 (Moderate) Radio Blackouts over the past few days.”

More activity from sunspot AR12297 is likely over the coming weeks.