Skip to content
Loading...
How A Small School In Rural Zambia Will Finally Get Electricity
7 Water And Energy Conservation Strategies For Large Families
How 200 Solar Lights Found Their Way To A Small School In Rural Zambia
Ørsted Consolidates Customer Solutions & Bioenergy Divisions
India’s NTPC Limited Offers Solar Power Project Management Services To ISA Members
5 Tips to Make Your First Bike Commute to the Office a Successful One
Congress Charges Ahead on Energy Storage: (BEST) Act
First Round of 15 Winners of Reinventing Cities Competition Announced, Creating New Beacons of Sustainable Design & Construction
5 Major UK Businesses Powered by Renewable Energy
Buy An Electric Car And Save The Planet! Not So Fast, Consider The Alternatives First
Why Do Republicans Now Hate On Christian Morals, National Security, Democracy, The US Constitution, The Rule Of Law, The FBI, The CIA, Honesty, & The US Deficit?
Don The Con & Crew Creating Alternative Reality That Is Almost Completely Fake
Nasty Gas Smells In Long Beach Launch AQMD Long-Term Investigation — We’re There, And It’s About Time!
ActivismBusinessCommunity & CultureGreen Your LifePolicies & PoliticsRenewable EnergySolar Energy 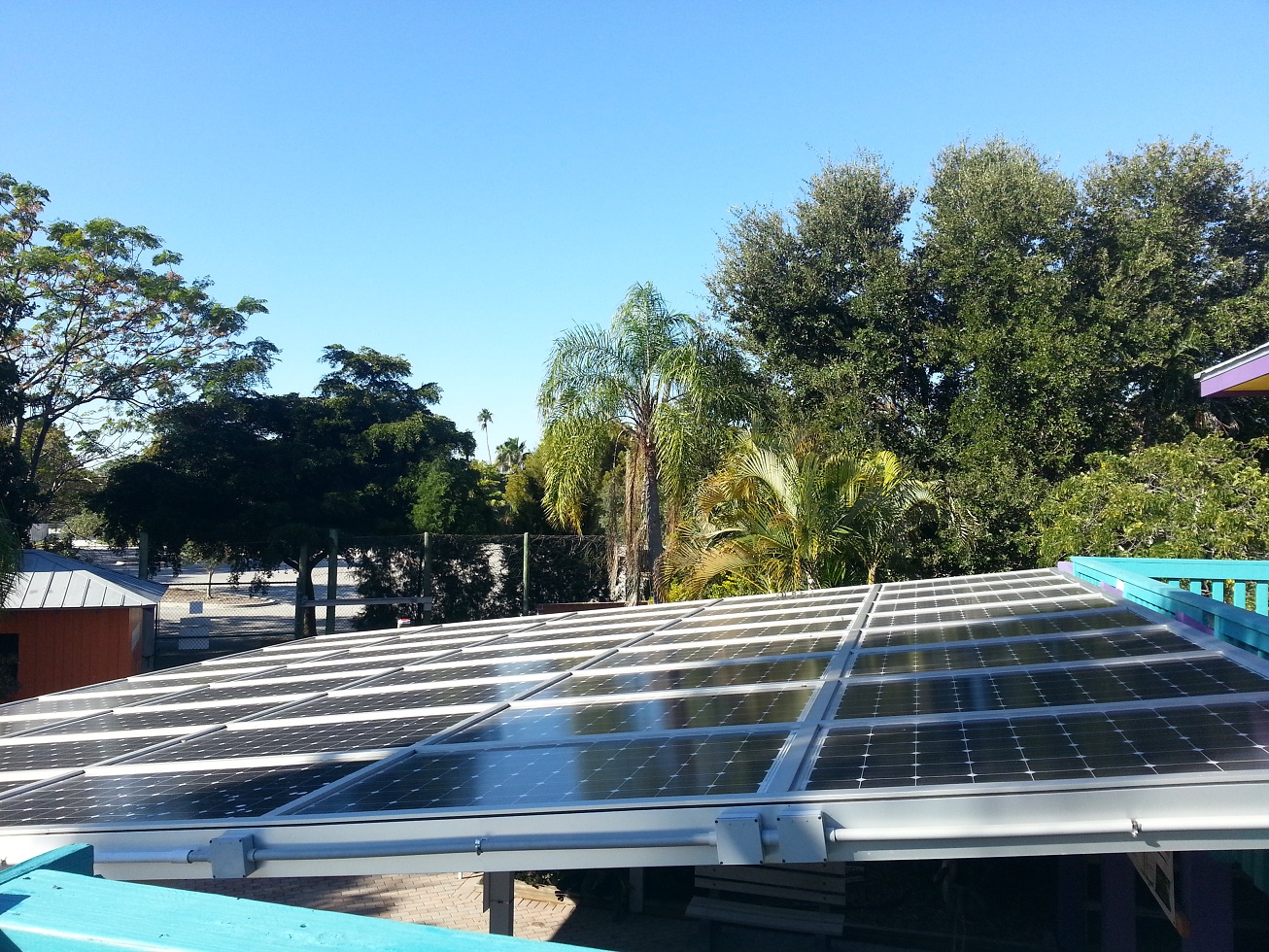 Conservative groups and others have gathered with lefty renewable advocates to support free-market approaches to energy in the state. The groups include Conservatives for Energy Freedom, Florida Retail Federation, the Florida Solar Energy Industries Association, the Florida Alliance for Renewable Energy, Christian Coalition, Southern Alliance for Clean Energy, Republican Liberty Caucus of Tampa Bay, Republican Liberty Caucus of Florida, and the Libertarian Party of Florida. We have had a tough time in “The Sunshine State” trying to get more clean air and water. We missed an appreciable opportunity (as well as many lives that would be saved out of deadly traffic) when high-speed rail was turned down by you know who.

“Florida gets the most solar radiant energy east of the Mississippi. Allowing third party sales of electricity will allow for the widespread use of solar power in the state — employing tens of thousands of people and ensuring that utilities don’t have to build costly, new power plants,” said Scott McIntyre, President of the Florida Alliance for Renewable Energy and CEO of Solar Energy Management. “It is time to bring Florida out of the solar dark ages.”

“WTEC, with regional headquarters in Tampa and a factory in Pensacola, builds solar farms all over the country—but not in Florida—due to the state’s anti-free-market policies. Floridians are denied the lower cost energy they deserve and the jobs that go along with it,” said Chris Delp, Corporate Counsel for WTEC. “The Sunshine State should be leading the country in renewable energy jobs, but while Florida’s big utilities advance renewable energy in other states, they tell Floridians that it’s a bad idea here. This ballot initiative will go a long way to open up solar energy here in Florida.”

Florida’s policies and laws counter and flat out refuse any freedom of choice in buying solar power. Florida’s laws make it more costly than in other states for citizens and businesses to make smarter choices by purchasing renewable energy, particularly solar energy. It is one of only five states with such backwards laws intentionally supporting monopoly electric utilities or government-owned electric utilities.

All voices in the collaboration for free market energy in Florida agree. Left, right, and center come together on this issue. Consumers deserve more options for going solar.

The press release explains: “These diverse groups all agree that a free market principle are necessary to foster solar energy’s use and growth in Florida. Floridians for Solar Choice was formed to gather the hundreds of thousands of signatures needed to place this initiative on the 2016 ballot. Also, to give voters the opportunity to decide whether businesses and property owners can have the freedom to generate solar energy and sell it directly to others.”

Explaining the paralyzing situation in Florida, the press release points out that current laws plainly “deny citizens and businesses the freedom to buy solar power electricity directly from someone other than a monopoly electric utility, or government-owned electric utility.”

“This ballot initiative is about freedom of choice and the independence to decide from more than one option how you will power your future,” said Tory Perfetti, Chairman of the newly formed political action committee Floridians for Solar Choice, and Florida Director of Conservatives for Energy Freedom. “The consumer and business community will benefit in ways that are not possible at present. We will be taking care of the environment while practicing smart and sensible free market principles, thus providing a net win for this State and those who live here.”

“A free market that includes all energy sources is the best way to power Florida,” said Debbie Dooley, Tea Party Leader and Founder of Conservatives for Energy Freedom. “This ballot measure is an opportunity for Floridians to make their voices heard. We need to stop the unelected bureaucrats and government-created monopolies that threaten our ability to choose how we power our homes and businesses.”

“The private market is ready to invest in solar and shift investment risk away from taxpayers and ratepayers. We don’t need handouts; we just need a chance to compete,” said Mike Antheil, Executive Director of the Florida Solar Energy Industries Association (FlaSEIA).

“We believe the regulatory and political system in Florida is broken because of the undue financial influence of the monopoly utilities,” said Dr. Stephen A. Smith, Executive Director of the Southern Alliance for Clean Energy. “It is crystal clear that people in Florida want solar power choice. A ballot initiative is not necessarily the ideal way to establish energy policy, but due to the corrupting influence of monopoly utilities, we must exercise this option in order to give Florida citizens a voice and a choice in energy policy.”

Those are a lot of strong statements from a diverse group of people, companies, and organizations. The wall must come down sooner or later. Let’s hope sooner!

Interestingly, despite our many prejudices, it is the Middle East (Dubai) that is installing the cheapest solar power in the world, not Florida. Check out this video below as an inspiration to catch Florida up on renewable energy. This video comes from Abu Dubai, where CleanTechnica director Zachary Shahan was interviewing Bloomberg New Energy Finance founder and chairman of the advisory board Michael Liebreich (and many others) last week. “One of the biggest solar power stories of the past year — if not the biggest — was the record-low price of solar power that was bid in Dubai toward the end of the year,” Zachary noted in his article about this interview.

Florida as the Sunshine State is not so sunny when it comes to enabling rooftop solar energy. State by state, the effects of going solar are influenced by much more than how much the state naturally enjoys sunshine throughout the year. Going solar, according to new research by the National Renewable Energy Laboratory, might be a more beneficial economic energy choice in states one does not expect to see at the top of the list.

For more information about the effort to bring more solar purchasing options to Florida, the coalition behind that is “Floridians for Solar Choice.” This 501(c)(4) organization is working “to elevate awareness of the 2016 ballot initiative.” It encourages you to visit www.flsolarchoice.org. “Registered voters in Florida are urged to sign the petition here. People interested in volunteering for the campaign can contact the coalition here or email coordinators via volunteers@flsolarchoice.org.” Get on it, as Al Gore would say.