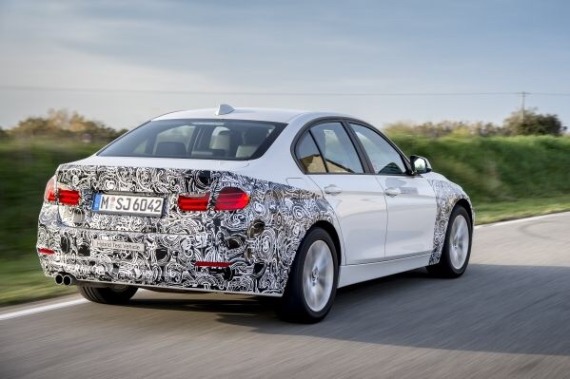 During the recent unveiling of the plug-in hybrid electric vehicle (PHEV) prototype, BMW also detailed some of its recent efforts developing the “Power eDrive next-generation electrification platforms” — work intended to result in PHEVs with higher-powered electric motors, and in batteries with at least twice the capacity of current versions. The engine used in the BMW 3 Series plug-in hybrid prototype is based on a TwinPower Turbo four-cylinder gasoline engine that has already twice been voted “International Engine of the Year”. The electric motor and power electronics are directly based on the BMW eDrive technology of the BMW i3 and BMW i8 models.

The motor is powered by a lithium-ion battery which, together with the battery management system and high-efficiency direct cooling system, are likewise rooted in the experience and know-how amassed during development of the BMW i models. The battery can be recharged at any household power socket and is mounted in a particularly crash-safe position underneath the load compartment.

The power electronics form a single integrated system that drives the electric motor, via a liquid-cooled inverter; manages the energy flow from the high-voltage battery to the onboard electrical systems; and provides centralized control of hybrid-specific functions. The drive torque from engine and electric motor is supplied to the rear wheels of the BMW 3 Series plug-in hybrid prototype via an 8-speed Steptronic transmission which—as on conventionally powered BMW models—makes its own additional contribution to the efficiency of the overall drive system.

Not that it’s particularly important, but it’s probably worth noting that the prototype features a slight reduction in trunk space as compared to the current production models.

Switching between the various modes available to the pro type is apparently as easy as pressing a button — these modes include an all-electric option and a “Save Battery” option.

-> BMW 2nd Only To Tesla In Electric Car Focus?

-> World Green Car Of The Year Is BMW i3