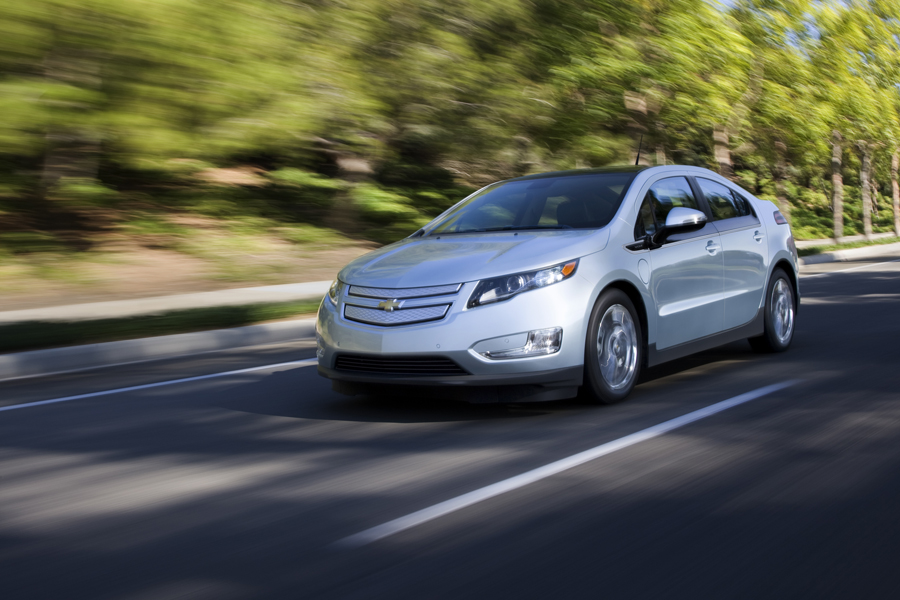 Kelley Blue Book (KBB) has awarded the Chevy Volt the “best buy of 2015” designation in the electric/hybrid car category. That’s an impressive designation in a category that includes the BMW i3, Nissan LEAF, Tesla Model S, and Toyota Prius.

Of course, if you actually look at the benefits of electric cars, I think you have to put electric cars above everything else, which makes the Chevy Volt the best automobile buy of 2015… based on KBB’s ranking system and conclusions. “The Volt might not be the newest entry in a group that includes the Nissan Leaf, BMW i3 and Toyota Prius, but a clever powertrain and exceptional value helped Chevrolet’s gasoline/electric wondercar secure the win,” KBB writes.

“Among an exceptionally diverse field, the Volt occupies a sweet spot between value and desirability. Those same traits have helped secure the Volt’s position as one of Kelley Blue Book’s 10 Best Green Cars every year since its introduction.”

The starting price of a Chevy Volt is $34,345, but it is also eligible for a $7,500 federal tax credit and, in California (the largest automobile market in the US), another $1,500 zero-emission vehicle (ZEV) rebate. With the combined fuel savings, that makes the Volt $1,600 cheaper than a Toyota Prius, on average, over the course of 5 years… based on KBB’s calculations. Of course, assumptions like # of miles driven, price of gas over the course of ownership, price of electricity, etc, are critical to the results you get here. Also important to note is that the Volt offers a much better driving experience, but only has seating for four.

Other 2015 Electric/Hybrid Car Best Buy finalists included the BMW i3, Nissan LEAF, and Toyota Prius. It seems the BMW i3 came close to winning this award (as well as the 2015 Green Car of the Year award it just won), but the KBB editors write: “The BMW i3 spurred some deep discussion among our editorial staff about what constitutes ‘value.’ In the end, the i3 wasn’t quite intriguing enough to overcome its price premium, but the Bimmer’s unusual interior materials, distinct exterior and driving dynamics might win over buyers with more flexible budgets….As a brand-new car, questions remain about the BMW i3, but some things are certain. The i3 is a more distinct, more fun and more interesting choice….”

I definitely wouldn’t even consider the Toyota Prius, but it would be very hard to choose between the BMW i3, Chevy Volt, and Nissan LEAF for “best buy.” Of those three, prices and some basic specs are as follows:

A good bit cheaper and with 5 seats, it’s not that hard to see why the Nissan LEAF is the top-selling electric car in the US, but there are certainly arguments to be made for each of these vehicles in regards to which is the “best buy.” When it comes down to it, the best buy really just depends on your personal preferences, needs, and budget. And if money isn’t an issue, none of these are on the table since the Tesla Model S wins hands down.

Chevy Volt Driver’s Savings After One Year (Getting 980 MPG!)

True Cost Of Owning A Chevy Volt Might Surprise You