Skip to content
Loading...
How A Small School In Rural Zambia Will Finally Get Electricity
7 Water And Energy Conservation Strategies For Large Families
How 200 Solar Lights Found Their Way To A Small School In Rural Zambia
Ørsted Consolidates Customer Solutions & Bioenergy Divisions
India’s NTPC Limited Offers Solar Power Project Management Services To ISA Members
5 Tips to Make Your First Bike Commute to the Office a Successful One
Congress Charges Ahead on Energy Storage: (BEST) Act
First Round of 15 Winners of Reinventing Cities Competition Announced, Creating New Beacons of Sustainable Design & Construction
5 Major UK Businesses Powered by Renewable Energy
Buy An Electric Car And Save The Planet! Not So Fast, Consider The Alternatives First
Why Do Republicans Now Hate On Christian Morals, National Security, Democracy, The US Constitution, The Rule Of Law, The FBI, The CIA, Honesty, & The US Deficit?
Don The Con & Crew Creating Alternative Reality That Is Almost Completely Fake
Nasty Gas Smells In Long Beach Launch AQMD Long-Term Investigation — We’re There, And It’s About Time!
BusinessGreen Your LifePolicies & PoliticsRenewable EnergySolar Energy 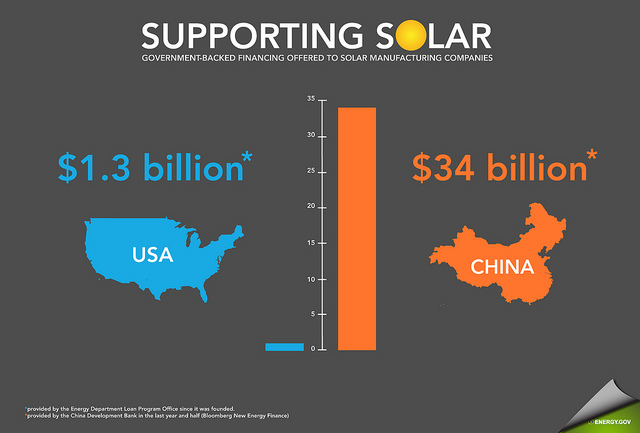 The US Department of Energy loan program was infamous in some circles after Solyndra went bankrupt. Of course, some of us realized there was nothing scandalous about the program and it was providing a big net benefit for the country. It’s not even hard to understand. Investors don’t invest in one company and put all their money on it. They scout out a number of good companies and spread out their investments. The US government did the same thing. Solyndra failed, but others saw huge success. For example, Tesla Motors has done so well that it paid off its DOE loan 9 years early.

Previous analyses have found the DOE loan program to be a big success. Bloomberg Businessweek this week reported that the program is likely to return a $5–6 billion net benefit for US taxpayers. The DOE is supposed to be releasing a report with these findings soon, perhaps in the coming week.

“The program has the authority to spend as much as $40 billion, and has allocated $32.4 billion of that to a portfolio with dozens of specific projects. Half of the $32.4 billion has already been paid out, in loans that average a 22-year lifecycle,” Climate Progress reports. “The Energy Department expects the full $5 to $6 billion return to come in over that total time period. But $3.5 billion of the principal for those loans has already been paid back by the various companies that received them, and the government has already garnered over $810 million in interest payments. The portfolio’s losses only amount to $780 million so far, and they aren’t expected to rise above $2 billion once everything is said and done — a fraction of the $10 billion in losses the government anticipated when it originally designed the program.”

Given that the government was providing loans for relatively high-risk but high-reward green companies trying to get to market, a good deal of failure was certainly expected. That was the nature of the program, and it was serving an important purpose as such.

The expected returns on DOE’s investment portfolio are especially noteworthy since venture capital is an inherently risky endeavor, and it was the explicit purpose of the loan program to seek out promising green energy projects that the private markets were unwilling to support. The issue is the so-called “valley of death,” the time when a firm has already spent all its capital on research, development, and capacity — and is thus at maximum debt — but has to see any market success and thus get the revenue to pay that debt down. This is the period DOE’s loan program was meant to shepherd companies through, and no loans were given out unless private investors made up at least 20 percent of the investment pool.

Despite a lot of hype from Mitt Romney and Republican congresspeople claiming that half or most of the companies that received loans under this DOE program had gone bankrupt, only four of the several dozen have actually gone bankrupt. Furthermore, investigations following the folding of Solyndra have resulted in a not-so-surprising result: no wrongdoing within the DOE or politically related to the program.

Aside from everything else, the program has created around 20,000 jobs.

When it comes down to it, this program was a huge benefit to the US, and will continue to be. Furthermore, if you compare it to what China has put in to support its solar manufacturing industry, well, it’s sadly laughable, as the chart at the top shows.