Skip to content
Loading...
How A Small School In Rural Zambia Will Finally Get Electricity
7 Water And Energy Conservation Strategies For Large Families
How 200 Solar Lights Found Their Way To A Small School In Rural Zambia
Ørsted Consolidates Customer Solutions & Bioenergy Divisions
India’s NTPC Limited Offers Solar Power Project Management Services To ISA Members
5 Tips to Make Your First Bike Commute to the Office a Successful One
Congress Charges Ahead on Energy Storage: (BEST) Act
First Round of 15 Winners of Reinventing Cities Competition Announced, Creating New Beacons of Sustainable Design & Construction
5 Major UK Businesses Powered by Renewable Energy
Buy An Electric Car And Save The Planet! Not So Fast, Consider The Alternatives First
Why Do Republicans Now Hate On Christian Morals, National Security, Democracy, The US Constitution, The Rule Of Law, The FBI, The CIA, Honesty, & The US Deficit?
Don The Con & Crew Creating Alternative Reality That Is Almost Completely Fake
Nasty Gas Smells In Long Beach Launch AQMD Long-Term Investigation — We’re There, And It’s About Time!
Green CarsGreen Your LifeScienceTransport & Travel 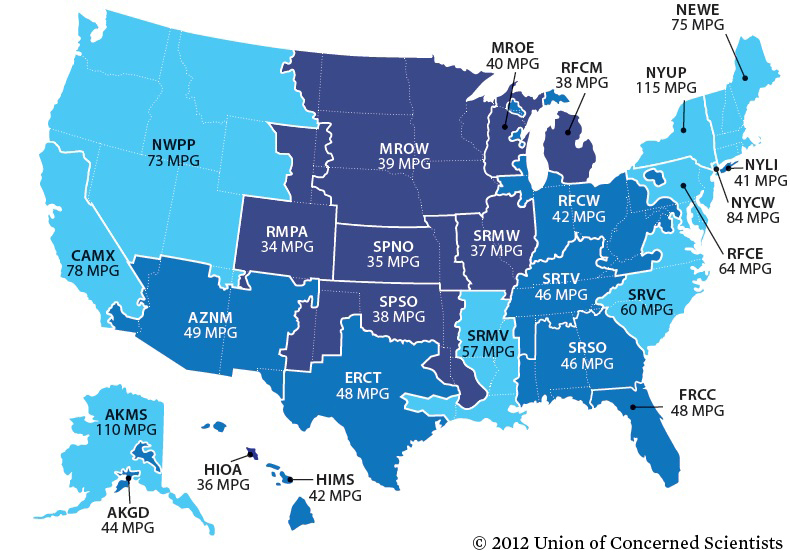 Electric cars are much, much greener than gas cars (“gasmobiles,” as I like to call them). Even in the state with the dirtiest electricity grid (Colorado), electric cars charging from the grid have a miles per gallon equivalency of 34. The average new gasoline-powered compact car has a fuel economy rating of 28 mpg. (In the cleanest state, New York, the mpg equivalency for a standard electric car is 112.) Anyhow, back to the news of the day. “Sixty percent of Americans now live in regions where electric vehicles (EVs) produce fewer heat-trapping global warming emissions per mile than the most efficient hybrids, according to an updated analysis from the Union of Concerned Scientists (UCS). In 2012, that number was just 45 percent,” UCS reported on Tuesday, as National Drive Electric Week was getting rolling.

Aside from the grid getting cleaner, electric cars have also improved. Chris DeMorro, on EV Obsession, writes: “Another key figure is battery efficiency, which has improved about 5%, using on average 0.325 kWh per mile, which is the equivalent to using a toaster oven for about 20 minutes. This has helped states like Texas and Florida, where EVs in both states emitted the same amount of emissions as a 48 MPG car, cross the threshold by a hair to 51 MPG.”