Skip to content
Loading...
How A Small School In Rural Zambia Will Finally Get Electricity
7 Water And Energy Conservation Strategies For Large Families
How 200 Solar Lights Found Their Way To A Small School In Rural Zambia
Ørsted Consolidates Customer Solutions & Bioenergy Divisions
India’s NTPC Limited Offers Solar Power Project Management Services To ISA Members
5 Tips to Make Your First Bike Commute to the Office a Successful One
Congress Charges Ahead on Energy Storage: (BEST) Act
First Round of 15 Winners of Reinventing Cities Competition Announced, Creating New Beacons of Sustainable Design & Construction
5 Major UK Businesses Powered by Renewable Energy
Buy An Electric Car And Save The Planet! Not So Fast, Consider The Alternatives First
Why Do Republicans Now Hate On Christian Morals, National Security, Democracy, The US Constitution, The Rule Of Law, The FBI, The CIA, Honesty, & The US Deficit?
Don The Con & Crew Creating Alternative Reality That Is Almost Completely Fake
Nasty Gas Smells In Long Beach Launch AQMD Long-Term Investigation — We’re There, And It’s About Time!
ActivismWater 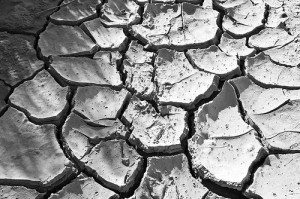 You probably can’t go more than five minutes on any social media platform without seeing videos of people doing the ALS Ice Bucket Challenge, which has been a massively successful fundraising vehicle for the organizations working to find treatments for those with amyotrophic lateral sclerosis, also known as Lou Gehrig’s Disease.

While there has been quite a bit of backlash from people who object to wasting water in the name of raising awareness of this disease, the fact is that most of us waste more water than that each day, either directly or indirectly, and one bucket of ice water per person isn’t going to make a huge difference to our water supply.

However, a new twist on the Ice Bucket Challenge has arisen, this time with a drought awareness component that avoids the wasting of water for a charity video, and acknowledges that water conservation is (or should be) a big priority, especially in places such as California, where the impact of drought conditions has been affecting the entire population.

Brittany App, a photographer who has been documenting water issues for the last couple of years, has issued her version of the Ice Bucket Challenge, called the Five Gallon Challenge, in which she used a total of just five gallons of water for an entire day (for two people), and then donated to several causes, including the ALS Association, a local charity, and a water charity.

And now she’s challenging you:

Considering that the average American uses somewhere in the neighborhood of 100 gallons or water per day, cutting back to just five gallons, even for a single day, can give you a taste of what it might be like in many developing countries, where the average daily water use is five gallons or less. It can also help us see where we’re wasting water in our daily habits, and could be the impetus for re-examining our personal water footprint.

Are you up for the Five Gallon Challenge?