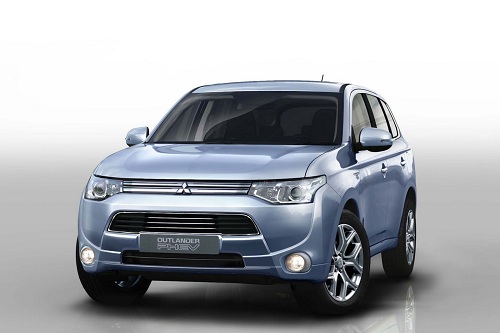 Mitsubishi’s Outlander Plug-in, a plug-in hybrid electric SUV or crossover, has had its US release date pushed back yet again, according to recent reports. As it stands now, it likely won’t hit the market until the 4th quarter of 2015 — possibly even later than that, maybe first quarter 2016.

Given that the PHEV is already on sale in the European, Australian, and New Zealand markets, — and debuted in Japan back in January 2013 — the looonnnggg delay for the American release has got to be more than a bit frustrating for potential buyers. Furthermore, the Outlander PHEV isn’t only on sale; it has been selling very well, often sitting at or near the top of Europe’s plug-in vehicle sales chart.

The reason for the most recent delay is that California regulators are “requesting” that the vehicle feature a battery monitoring system — to conduct diagnostics and alert drivers to any (potential) degradation.

Apparently the issue is that regulators think “that battery degradation might affect emissions.”

Huh? Not sure that I follow this entire line of thought. And apparently I’m not the only one. Green Car Reports provides more:

That seems a little far-fetched to us. Battery capacity can only affect emissions insofar as a shorter electric range could result in a little more time spent using the 2.0-liter gasoline engine — but a monitoring system won’t change that scenario, only alert the driver to it.

Nevertheless, it’s an oversight the company must correct — and one Mitsubishi has known about since last year. It could also spell very bad news for the Outlander plug-in’s sales potential in the US. Originally, the car was to be one of the first plug-in crossovers available in the US market — getting the jump on several other vehicles still in development.

Those vehicles are, of course, the Volvo XC90 PHEV and the BMW X5 PHEV. Slightly different target demographics, but still, serious competition. If I was Mitsubishi, I would certainly be looking to get my vehicle out first…

With regard to the Volvo XC90 PHEV, that is supposed to launch not long after the conventional version of the XC90 — which will launch within the year. (As an aside — a fully electric version of the XC90 will at some point follow the PHEV version, with current estimates being that the EV version will hit the market in 2016 or 2017.)

With regard to the BMW X5 plug-in hybrid, that’s currently expected to hit the market sometime in late 2015 or early 2016. Not that long from now. And a good thing, considering all of the good things being said about the vehicle.