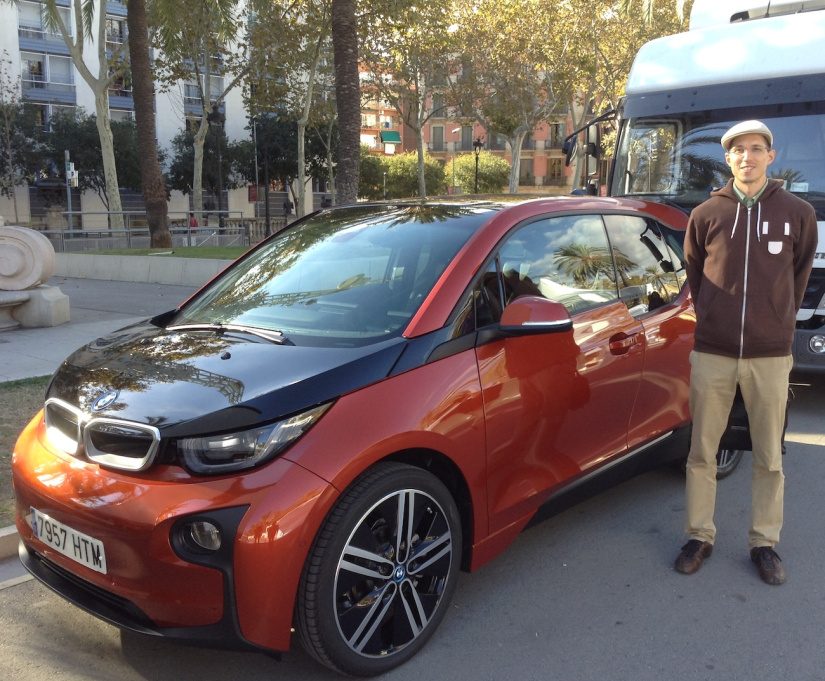 The BMW i3 is a five-door all-electric urban vehicle with an appealing design, sporty performance, and zero tailpipe emissions. It has a typical range of 80 to 100 miles but can achieve another 20 when in efficiency mode. (A small gas engine is available as an add-on as well, to function as a range extender, if one wants more range per charge.) The cost of the BMW i3 starts at $41,350 in the United States ($33,850 after the US federal tax credit for EVs) and somewhat more in the UK and Germany.

While this price is much less than the Model S and close to the price of the Volt, it’s still out of reach for many consumers. That’s why BMW is offering a financing option that is more creative than the norm. Called “OwnersChoice with Flex,” it allows owners to make a large balloon payment at the end of their plan, in order to reduce the size of the previous payments. If it seems that you don’t have enough to make large monthly payments of equal size, you may be able to pay less initially and then make one large payment at the end of your contract. Providing a flexible financing plan is intended to allow more people to be able to drive the i3 and own it.

There are plenty of people that undoubtedly will be interested in the i3 when it hits dealerships. As of the publication of this article, BMW says that is has 1.349 million Facebook followers just for the i3. Its hard to say how that figure will translate into customers, but its new financing plan has been designed to help interested parties into their own i3.

The vehicle has a very modern-looking design with 19- or 20-inch wheels, so it fits right into the most current aesthetic trends. It also has a crossover-ish look that is popular right now and enough seating for a small family, including a rear utility area and hatchback. Considering how much press the success of  the Model S has generated, another stylish EV following on its heels could do well with consumers. The i3 also costs about half as much as the Model S, but has a much smaller driving range per charge and isn’t as quick to 60 mph. Nonetheless, most commuter trips are less than 50 miles, so the i3 range should be sufficient for urban driving, as it was intended. BMW’s advantage in the marketplace is that its brand is very well known and respected for its product quality, so the i3 has a good chance of gaining a foothold in the EV space. We’ll see.