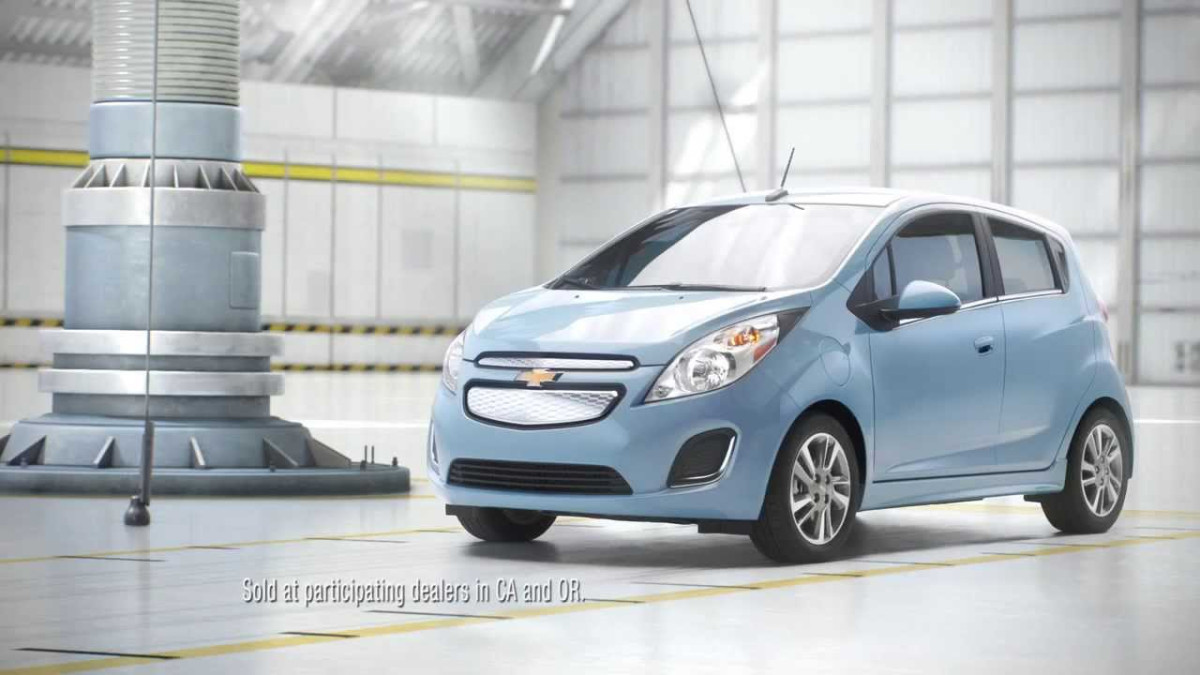 With EV sales increasing, more affordable models are starting to come into the marketplace. GM, in a bid to cash in on this market, recently released the Chevy Spark EV.

In limited release, in California and Oregon, the five door compact car (after federal and state tax incentives) goes for $19,995 in California, and $17,795 in Oregon.

Equipped with a Lithium-ion battery, Sirius XM Radio, fog lamps, and the BringGo app for navigation, the folks at Engadget decided to take it out for a spin on the streets of Portland, Oregon.

Engadget had this to say about the Spark EV’s overall performance:

Overall, we enjoyed driving the Spark EV. It’s a zippy car that’s smoother and more powerful than anything else in its class. Sports mode is particularly entertaining thanks to a revised throttle mapping — it feels downright fast. Handling is sharp and dynamic, as we already mentioned, but Chevy’s also done an excellent job with the ride, which is compliant without being soft — this despite a rather simple torsion beam rear suspension. As is often the case with electric power steering, the setup could benefit from more feedback and precision, but it’s not a deal breaker. The computer modulated brakes could definitely use some tuning, however: there’s a slight delay between pedal application and caliper response at very low speeds which is a little unsettling when you’re accustomed to a more responsive setup. Still, we appreciated the inclusion of a “low gear” which increases the amount of regenerative braking on throttle lift-off.

Engadget is not the only one that has heaped praise on the vehicle. Consumer Reports last month gave it two thumbs up, suggesting it’s a “fun, punchy, zippy fun little roundabout,” outperforming its cousin, the Chevy Spark gasmobile.

With the option of charging the vehicle for only twenty minutes (with a special accessory), and strong torque power, the Chevy Spark EV should give consumers who are looking for a a lower cost EV a viable choice.

Will the Chevy Spark EV see similar success like the Chevy Volt, and Nissan Leaf in the near future once available in wider distribution? Only time will tell.