Skip to content
Loading...
How A Small School In Rural Zambia Will Finally Get Electricity
7 Water And Energy Conservation Strategies For Large Families
How 200 Solar Lights Found Their Way To A Small School In Rural Zambia
Ørsted Consolidates Customer Solutions & Bioenergy Divisions
India’s NTPC Limited Offers Solar Power Project Management Services To ISA Members
5 Tips to Make Your First Bike Commute to the Office a Successful One
Congress Charges Ahead on Energy Storage: (BEST) Act
First Round of 15 Winners of Reinventing Cities Competition Announced, Creating New Beacons of Sustainable Design & Construction
5 Major UK Businesses Powered by Renewable Energy
Buy An Electric Car And Save The Planet! Not So Fast, Consider The Alternatives First
Why Do Republicans Now Hate On Christian Morals, National Security, Democracy, The US Constitution, The Rule Of Law, The FBI, The CIA, Honesty, & The US Deficit?
Don The Con & Crew Creating Alternative Reality That Is Almost Completely Fake
Nasty Gas Smells In Long Beach Launch AQMD Long-Term Investigation — We’re There, And It’s About Time!
ActivismBusinessDirty Energy & FuelPolicies & Politics

OK, I’m not going to lie, the presidential election is important, but congressional and state elections may be equally or more important (I’d say “more important” with no hesitation).

The sad thing is, we are so uninvolved and ill-informed in “smaller elections” that we often get what we are given rather than what we would most benefit from.

The hilarious (and by hilarious, I mean hilariously sad) thing about the nonstop attacks on how much Obama has or hasn’t done for the economy in the past 4 years is that much more hasn’t been achieved than was possible simply because we’ve had the most grid-locked Congress in recent history (if not all of US history), with the grid lock being led by obstructionist GOP congresspeople who made it their top priority to make Obama unsuccessful and a one-term president (seriously, this was stated by GOP leadership in 2010). This has even meant harming the country and holding it hostage on numerous occasions. (Nonetheless, we’re still in a much better economic position than we were in when Obama took office.)

A semi-informed citizen might say that Democrats had majorities in the House and Senate for two years, but the fact of the matter is that Republicans in congress used the filibuster a record-shattering number of times in those two years in order to make a majority nearly useless (as well as engaging in other obstructionist tactics).

Anyway, to the topic of cleantech, in particular: GOP members of congress have been so opposed to societal progress on cleantech that one is at a complete loss when trying to understand the lack of morals that could lead them to so unabashedly forsake the type of progressive, forward-thinking leadership that made the US a true world leader. They have focused countless hours on dead-end cleantech witch hunts, bills opposed to solar and wind energy (notably, energy options that actually have the support of their Republican constituents in most cases), bills opposed to electric vehicles and mass transit, and bills opposed to energy efficiency (which should, again, be a shoe-in).

Meanwhile, they have fought vehemently to retain subsidies for some of the richest companies and industries in the world, subsidies that support the reckless extraction and burning of coal and oil that cost us trillions of dollars a year.

The fact that cleantech support creates several times more jobs than fossil fuel support should make voters just that much more fed up with Republicans in Congress. 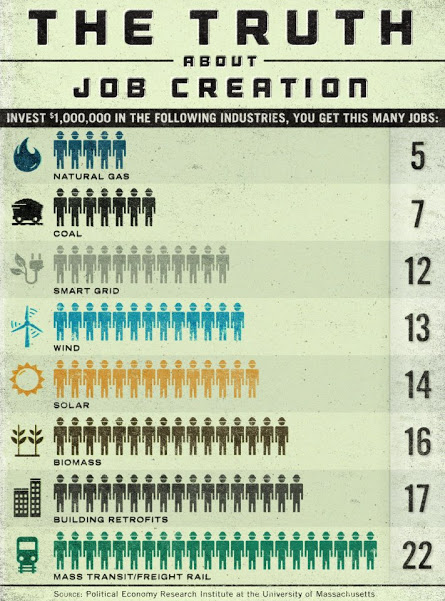 Quite simply, I think that if you are voting for a Republican congressperson this election, you have not well evaluated what they actually support and oppose.

(Btw, if you are at all unclear as to why Republicans in congress are so supportive of the fossil fuel industry, perhaps take a stroll through this Open Secrets page, especially noting #8 and #40 on the list, and where the vast majority of fossil fuel political spending goes.)

That Said, Be Very Clear that I Didn’t Say All Republicans Are Horrible

Additionally, many cleantech-leading states are run by Republicans. And the CEO of the American Wind Energy Association was formerly a leading state Republican.

In fact, there is absolutely no ideological reason why Republicans should be opposed to clean tech, and there are several reasons why they should support it — solar is a clear way for people to be more self-reliant; solar, wind, energy efficiency, and electric vehicles are clear solutions that could lead our nation to energy independence; conservation of the water, air, and climate resources we rely on for a healthy and long life seem like they should have the full support of ‘conservatives’; cutting our debt with cleantech and climate change initiatives that would (by any independent evaluation) result in jobs and net income to the country also seems like an obvious thing to support.

But, basically, the end message is that you need to look into the people running for election in your district, and the other matters on your ballot, in order to know who and what is really worthy of your support… and you’ve got about one day left to do so.