Skip to content
Loading...
How A Small School In Rural Zambia Will Finally Get Electricity
7 Water And Energy Conservation Strategies For Large Families
How 200 Solar Lights Found Their Way To A Small School In Rural Zambia
Ørsted Consolidates Customer Solutions & Bioenergy Divisions
India’s NTPC Limited Offers Solar Power Project Management Services To ISA Members
5 Tips to Make Your First Bike Commute to the Office a Successful One
Congress Charges Ahead on Energy Storage: (BEST) Act
First Round of 15 Winners of Reinventing Cities Competition Announced, Creating New Beacons of Sustainable Design & Construction
5 Major UK Businesses Powered by Renewable Energy
Buy An Electric Car And Save The Planet! Not So Fast, Consider The Alternatives First
Why Do Republicans Now Hate On Christian Morals, National Security, Democracy, The US Constitution, The Rule Of Law, The FBI, The CIA, Honesty, & The US Deficit?
Don The Con & Crew Creating Alternative Reality That Is Almost Completely Fake
Nasty Gas Smells In Long Beach Launch AQMD Long-Term Investigation — We’re There, And It’s About Time!
NatureScienceSpace 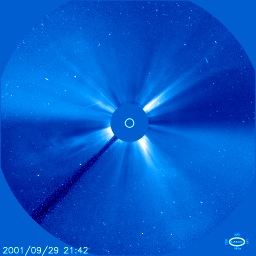 Coronal cavities, which are holes in the sun’s outer atmosphere or corona, may be the root cause behind solar eruptions, according to new research. Understanding them may lead to a much better ability to predict potentially dangerous solar storms.

The coronal cavities act as “launch pads for billion-ton clouds of solar plasma called coronal mass ejections, or CMEs. Understanding the roots of CMEs is a high priority for solar researchers, since blasts that hit Earth squarely can disrupt radio communications, satellite navigation and power grids.”

“We don’t really know what gets these CMEs going,” Terry Kucera, of NASA’s Goddard Space Flight Center in Greenbelt, Md., said in a statement. “So we want to understand their structure before they even erupt, because then we might have a better clue about why it’s erupting and perhaps even get some advance warning on when they will erupt.”

The researchers have just published a series of three papers that analyze a prominent coronal cavity observed on Aug. 9, 2007. The most recent paper was just published on September 20, 2012, in The Astrophysical Journal. The first two research papers were published in 2010 and 2011.

Data taken by the National Center for Atmospheric Research’s Mauna Loa Solar Observatory in Hawaii was also used by the researchers. Here’s a bit more on the research from Space.com:

“Together, the studies describe a structure that looks like a croissant, with an enormous tube of looping magnetic fields on the inside helping to define its shape. The cavity appears to be about 30 percent less dense than the material surrounding it, and its average temperatures range from 2.5 million to 3 million degrees Fahrenheit (1.4 million to 1.7 degrees Celsius), increasing with distance from the solar surface.”

“The cavity’s temperatures aren’t significantly different than those of the surrounding solar plasma on average, but they are much more variable. Other observations of cavities show that their features are constantly in motion, creating a complicated flow pattern that Kucera and her team would like to study further.”

“While the three papers all focus on a single cavity observed in 2007, the researchers have compared the structure to other cavities and find it to be a representative test case. More recent cavities can also be examined using high-resolution images from NASA’s Solar Dynamics Observatory spacecraft, which launched in 2010.”

“Our point with all of these research projects into what might seem like side streets, is ultimately to figure out the physics of magnetic fields in the corona,” said Sarah Gibson, a solar scientist at the High Altitude Observatory at the National Center for Atmospheric Research in Boulder, Colo.

“Sometimes these cavities can be stable for days and weeks, but then suddenly erupt into a CME,” added Gibson, who is a co-author on all three studies. “We want to understand how that happens. We’re accessing so much data, so it’s an exciting time — with all these observations, our understanding is coming together to form a consistent story.”