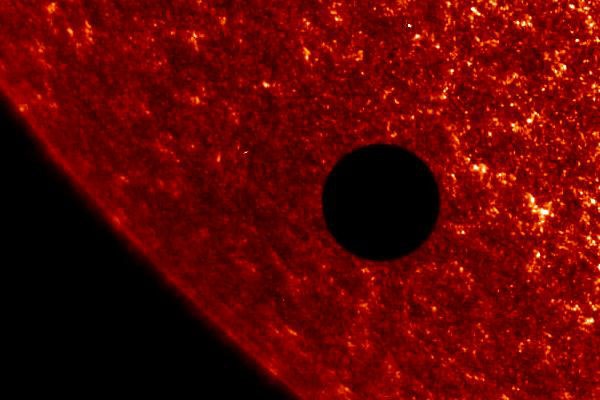 NASA Television will air the Venus Transit live, as it occurs, on June 5th 5:30PM EDT, showing the shadow of Venus moving across the surface of the sun. This rare event won’t occur again until 2117.

The transit happens when Venus is directly between the Earth and the sun. It will appear as a black spot slowly moving across the star. Historically, it’s been important a very important event and has been viewed by figures such as Captain James Cook and Benjamin Franklin. It was used by early modern-astronomy to measure the size of the solar system.

There have been 53 of these transits since 2000 B.C. The last one of which occurred on June 8th 2004. This new transit will be visible on all seven continents.

NASA TV coverage will include footage from the International Space Station, the Hubble Space Telescope, the Solar Dynamics Observatory, and from locations around the world.

NASA EDGE, which is a behind the scenes of the webcast, will also air the transit live from Mauna Kea, Hawaii. This is considered the best place on Earth to view this transit.