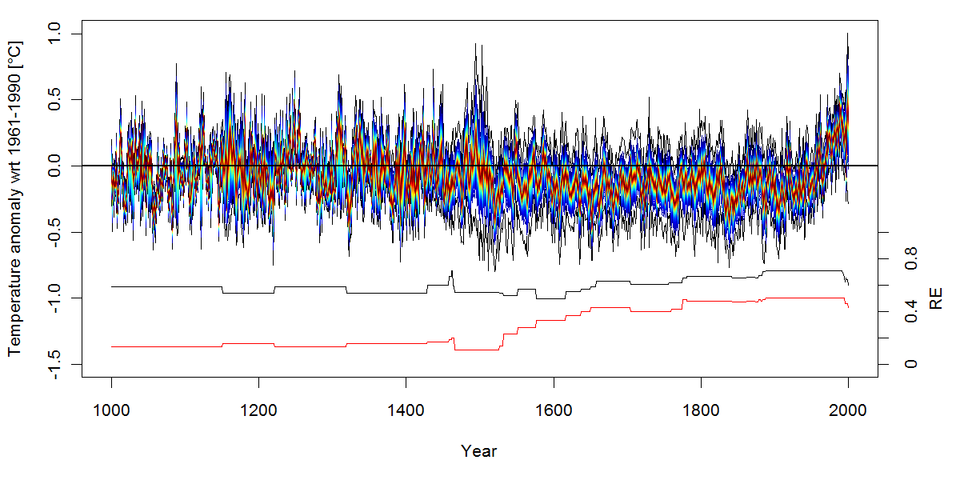 A first of its kind study has been performed on 27 natural climate records to produce the first large-scale temperature reconstruction for the Australasian region over the past 1,000 years.

Led by researchers from the University of Melbourne, researchers used a range of natural indicators including tree rings, corals, and ice cores to study Australasian temperatures over the past thousand years and then compared these with climate model simulations.

Dr Stephen Phipps, a researcher with UNSW’s Climate Change Research Centre and the Centre of Excellence for Climate System Science who led the climate model simulation research, noted that the results showed there were no other warm periods in the past thousand years that match the warming currently being experienced in Australasia.

“Our study revealed that recent warming in a 1,000-year context is highly unusual and cannot be explained by natural factors alone, suggesting a strong influence of human-caused climate change in the Australasian region,” he said.

Lead researcher, Dr Joelle Gergis from the University of Melbourne said using  ‘palaeoclimate’ or natural records (such as tree rings, corals and ice cores) are fundamental in evaluating regional and global climate variability over centuries before direct temperature records started in 1910.

She said reconstructions of regional temperature not only provide a climate picture of the past but also a significant platform to reduce uncertainties associated with future climate variability.