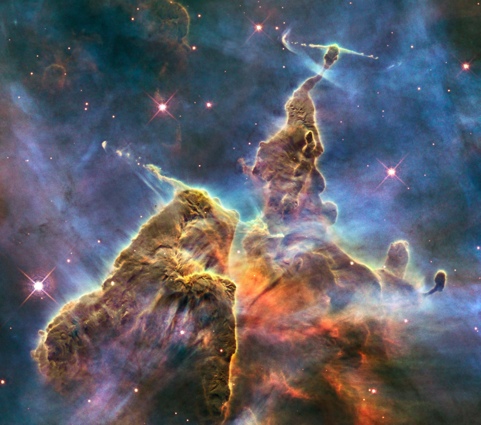 Free-floating extrasolar planets, those that are not gravitationally bound to anything, may be present in much larger numbers than originally thought. Thus explaining the ‘missing mass’ of galaxies, and making the dark matter theory unnecessary.

These rogue planets orbit the galaxy directly, and in large enough numbers could explain the discrepancy of the gravitational effects of ‘large astronomical objects’, and the estimates of their mass, made from their ‘luminous matter’, the stars, gas, and dust they contain.

In a new study from the University of Buckingham’s Centre for Astrobiology, the researchers argue that these rogue planets are present in large enough quantities that they do explain all of the ‘missing mass’ of galaxies.

Recent studies have estimated that a few billion such planets could be in the galaxy. The authors of the new study think that the number could be up to a hundred thousand billion, of these free floating planets, in the space between stars.

The authors also suggest that these planets originated in the very early universe, soon after the ‘Big Bang’. And that they could have seeded life on Earth, and around the universe.

According to their calculations, one of these planets would cross the inner solar system on average every 25 million years, potentially allowing for the spreading of life.