Skip to content
Loading...
How A Small School In Rural Zambia Will Finally Get Electricity
7 Water And Energy Conservation Strategies For Large Families
How 200 Solar Lights Found Their Way To A Small School In Rural Zambia
Ørsted Consolidates Customer Solutions & Bioenergy Divisions
India’s NTPC Limited Offers Solar Power Project Management Services To ISA Members
5 Tips to Make Your First Bike Commute to the Office a Successful One
Congress Charges Ahead on Energy Storage: (BEST) Act
First Round of 15 Winners of Reinventing Cities Competition Announced, Creating New Beacons of Sustainable Design & Construction
5 Major UK Businesses Powered by Renewable Energy
Buy An Electric Car And Save The Planet! Not So Fast, Consider The Alternatives First
Why Do Republicans Now Hate On Christian Morals, National Security, Democracy, The US Constitution, The Rule Of Law, The FBI, The CIA, Honesty, & The US Deficit?
Don The Con & Crew Creating Alternative Reality That Is Almost Completely Fake
Nasty Gas Smells In Long Beach Launch AQMD Long-Term Investigation — We’re There, And It’s About Time!
Community & CultureSpace 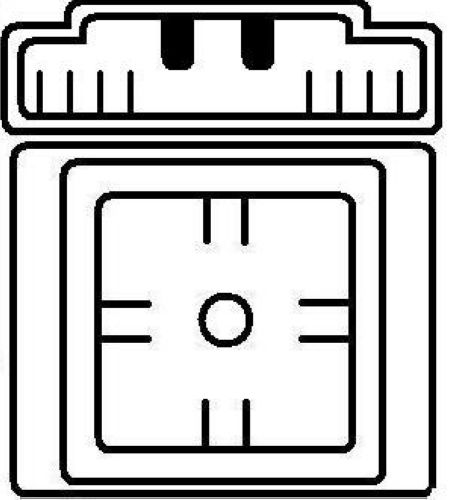 In a fascinating archeological discovery that is sure to add some debate within the Mayan ‘doomsday” believers camp, a team of archeologists from three U.S. universities has unearthed the earliest known series of Mayan lunar records. The records — not all of which have been translated — date to the 9th Century A.D. (C.E.), predating existing records by at least four centuries.

The astronomical tables (“lunar glyphs”) were found on partially exposed walls from a well-looted site called the Xultan. The Xultan ruins are located in northern Guatemala near the borders of Mexico and Belize. An undergraduate student working with the team had noticed the remnants of a mural on a partially exposed wall which then prompted excavation of the entire room. Three of the uncovered walls showed Mayan artwork (figurative paintings) and writings (glyphs and numerals).

Examining the partially deteriorated paintings, archeologists noticed what appeared to be lunar tables, leading them to believe that the numbers had an astronomical purpose. This would seem to have been a logical deduction given the famed and highly accurate astronomical calendrics of the Mayan civilization.

The Xultan astronomical tables: Faded bar-and-dot numerals on the wall of a structure in Guatemala, enhanced here by an overlaid illustration of the markings, were recently discovered by archaeologist William Saturno and his colleagues. The numbers relate to various astronomical phenomena, although their exact meaning is not yet known. Image: Illustration by William Saturno and David Stuart © 2012 National Geographic

The team observed that the numerals resembled those in other well-studied Mayan manuscripts (dating from the 13th through 15th centuries) and deduced that the numbers were day “tallies” in units used in the Maya Long Count calendar (the Haab calendar; the short count, ritual calendar is known as the Zolk’in calendar), with three numerals in each column representing multiples of the 360-day “tun”, a 20-day “winal” and a one day “‘k’in”. *

Researchers noticed a common pattern in the dates (represented by the 3-digit numerals) comprising the final two columns in the tables: each is separated by 178 days. The dates in a third column are separated from dates in the next-to-last column by either 177, 178, or 179 days.

These are most likely representations of “lunar semesters” in which lunar months are represented in multiples of six, yielding either 177 or 178 days (depending on the starting day). The extra day (in the 179-day tally) is probably to account for the variation in the total day count every four years — similar to our leap year of 366 days (note: each year, about 6 hours is “left over” as the Earth completes its orbit about the sun — thus, every four years, a full day must be added to the calendar).

The archaeologists believe that the Xultan tables mark a series of such semesters over a 13-year period. The number 13 is a significant number to the Maya, but is used mostly in 13 day units. Why the unit of numbering here is 13 years is not known (note: come December, 2012, the 13th baktun comes to an end; see end note).

Additionally, the team uncovered another table containing four much larger numbers — each divisible by 18,980 days — whose meaning is not completely understood. The number equals what is referred to as the Calendar Round (comprised of 52 Haab years), which is arrived at through combining the Maya solar year and ritual year cycles. It is believed that these numbers represent important anniversaries, as they are all multiples of different Maya calendrical periods.

Another rather curious and tantalizing pattern was noticed: all four of these numbers are multiples of the Martian solar-orbit cycle — 780 days — known as the synodic period of Mars (i.e., the number of days it takes Mars to return to the same position in the sky). The same astronomical tallies are also related to the orbit of Venus, being half- or whole-number multiples of Venus’s synodic period.

Finally, what is most reassuring (if one is given to apocalyptic anxiety) about these tables is that (assuming they do represent days) the largest number deciphered is 2,448,420 — a date thousands of years in the future.

The Maya calendar begins counting from a mythological starting point which, according to the Goodman-Martinez-Thompson (or GMT) correlation, is equivalent to August 1, 3114 BCE (in the proleptic Gregorian Calendar).

Lead archaeologist/researcher William Saturno and his colleagues from B.U., the University of Texas at Austin, and Colgate University report their findings in the May 11 issue of Science.