Skip to content
Loading...
How A Small School In Rural Zambia Will Finally Get Electricity
7 Water And Energy Conservation Strategies For Large Families
How 200 Solar Lights Found Their Way To A Small School In Rural Zambia
Ørsted Consolidates Customer Solutions & Bioenergy Divisions
India’s NTPC Limited Offers Solar Power Project Management Services To ISA Members
5 Tips to Make Your First Bike Commute to the Office a Successful One
Congress Charges Ahead on Energy Storage: (BEST) Act
First Round of 15 Winners of Reinventing Cities Competition Announced, Creating New Beacons of Sustainable Design & Construction
5 Major UK Businesses Powered by Renewable Energy
Buy An Electric Car And Save The Planet! Not So Fast, Consider The Alternatives First
Why Do Republicans Now Hate On Christian Morals, National Security, Democracy, The US Constitution, The Rule Of Law, The FBI, The CIA, Honesty, & The US Deficit?
Don The Con & Crew Creating Alternative Reality That Is Almost Completely Fake
Nasty Gas Smells In Long Beach Launch AQMD Long-Term Investigation — We’re There, And It’s About Time!
Climate ChangeGlobal WarmingPolicies & PoliticsScienceSpace 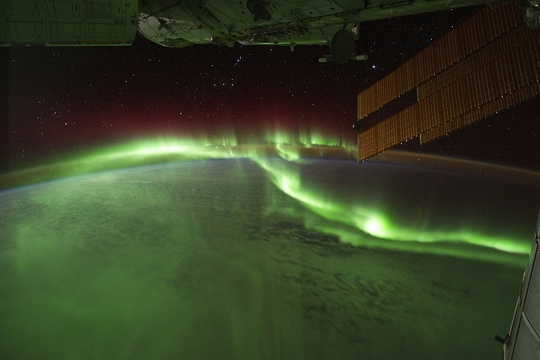 A new report from the National Research Council says that budget shortfalls, along with other factors, have led to a rapid decline in the nation’s earth-observing system and satellites.

“The projected loss of observing capability will have profound consequences on science and society, from weather forecasting to responding to natural hazards,” said Dennis Hartmann, professor of atmospheric sciences at the University of Washington, Seattle, and chair of the committee that wrote the report. “Our ability to measure and understand changes in Earth’s climate and life support systems will also degrade.”

The report comes five years after a similar report. The new report finds that although NASA responded aggressively to counteract the problem, the necessary budget was never reached. The required funding would have to be approved by Congress.

Other problems contributed to the issue as well, such as changes in program scope and the lack of a highly reliable and affordable launch capability.

NASA has managed to fund and launch some of its previously planned missions. And following recommendations in the previous report, the agency has made closer ties with international groups to pool resources.

The conclusion of the report is that, in the near future, the budget for NASA’s earth science program is not adequate to meet important and immediate national needs. So, the report recommends developing a more cost-constrained approach, and creating a team of scientists and engineers to provide advice on the execution of missions.