Skip to content
Loading...
How A Small School In Rural Zambia Will Finally Get Electricity
7 Water And Energy Conservation Strategies For Large Families
How 200 Solar Lights Found Their Way To A Small School In Rural Zambia
Ørsted Consolidates Customer Solutions & Bioenergy Divisions
India’s NTPC Limited Offers Solar Power Project Management Services To ISA Members
5 Tips to Make Your First Bike Commute to the Office a Successful One
Congress Charges Ahead on Energy Storage: (BEST) Act
First Round of 15 Winners of Reinventing Cities Competition Announced, Creating New Beacons of Sustainable Design & Construction
5 Major UK Businesses Powered by Renewable Energy
Buy An Electric Car And Save The Planet! Not So Fast, Consider The Alternatives First
Why Do Republicans Now Hate On Christian Morals, National Security, Democracy, The US Constitution, The Rule Of Law, The FBI, The CIA, Honesty, & The US Deficit?
Don The Con & Crew Creating Alternative Reality That Is Almost Completely Fake
Nasty Gas Smells In Long Beach Launch AQMD Long-Term Investigation — We’re There, And It’s About Time!
DeforestationForestsScience 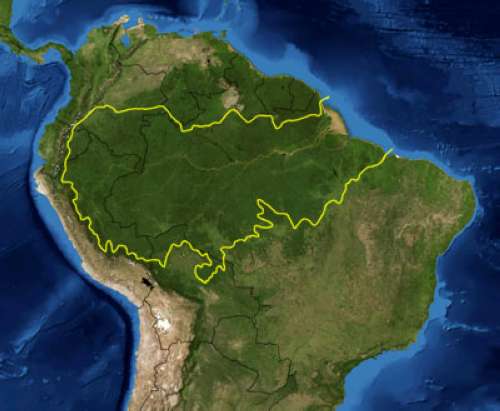 [Updated post] A team of archeologists investigating a savanna region bordering the Amazon Rain Forest has found more conclusive evidence that a low-impact farming technique has been used for over 1500 years; the ‘alternative’ agricultural practice, used by some native populations including the Maya, is mostly abandoned today. But it just may be the key to slowing the destruction of the forest by modern farmers using fire to clear land for their crops.

Although burning of rain forest was practiced before the “Columbian Encounter” (CE), it was not exclusively utilized, nor as intensively. Since the arrival of Europeans to South America five centuries ago, and the consequent extermination by disease and war of 95% of indigenous peoples, large-area land clearing of forest for crop planting has been accomplished primarily through burning. And, along with the loss of indigenous peoples and their cultures, ancient agricultural knowledge was also lost.*

The slash-and-burn approach to agriculture intensified over the 20th Century, where, despite a slowing rate in recent years, an area of rain forest roughly the size of the State  of Connecticut is burnt to the ground and cleared each year.

This wasteful technique, apart from diminishing the climate control capacity of the forest, releases large amounts of stored carbon, depletes the soil of nutrients and organic matter, and robs what’s left of moisture. This all perpetuates a cycle of deforestation and near-desertification of once lush and productive rain forest.

But it need not be this way, at least, not to the degree we see at present.

In fact, as revealed by recent and earlier archeological analyses of buried biomass, indigenous populations had developed several effective agricultural practices and which were widespread.

This most recent investigation (Iriarte et al) focused on the indigenous peoples living in and around the coastal savannas of what is now French Guiana (located on the northeastern coast of S. America) had practiced an alternative, more eco and forest friendly technique for nearly 15 centuries. It’s called ‘raised-field farming’ and it refers to exactly that: growing crops on raised, extended mounds, but mostly restricted to the savannas — the grassland peripheries — which surround much of the forest.

Archeologist Jose Iriarte and team discovered and utilized a “high-resolution 2,150-year paleoecological record” from a French Guianan coastal savanna and conducted combined pollen, phytolith, and charcoal analyses on the samples (Note:  analysis of preserved pollen helps determine climate conditions at the time of the planting, while phytolith and charcoal analysis helps determine age).

According to the authors of the paper (see citation), prior to this research, paleoecological studies were confined mostly to “neo-tropical forest contexts” with only a handful focusing on the Amazonian savannas. But these latter few lacked the “temporal resolution” (the time scale) to detect whichever climate or human impacts were at work before and after the CE. Further, even fewer studies actually integrated paleoecological data with archeological data.

Quoting from the research paper’s abstract:

We show that pre-Columbian raised-field farmers limited burning to improve agricultural production, contrasting with extensive use of fire in pre-Columbian tropical forest and Central American savanna environments, as well as in present-day savannas. The charcoal record indicates that extensive fires in the seasonally flooded savannas of French Guiana are a post-Columbian phenomenon, postdating the collapse of indigenous populations.

As to how wide-spread raised-field agriculture was in the region, this was somewhat controversial. There is earlier archeological evidence of extensive use of the technique, but how much earlier was not known. The evidence uncovered by Iriarte et al indicates that the practice has been around for at least fifteen centuries.

Evidence also shows that the region surrounding the Amazonian Forest (pre CE) was a densely populated one, and such a population needs to be fed. Given the new evidence that burning was not as pervasive in pre-Columbian times, some other successful method(s) of farming the land had to be in practice. With this newest research, there is increasing evidence that raised-field farming was indeed practiced extensively in the region, and for quite some time.

In the early to mid 1980’s, an archeological team led by Clark Erickson, working with the Quechua people of the Andean highlands (Lake Titicaca Basin, Peru), found that the native tools were ideal for cultivating the land this way, and “reintroduced” the practice to the native population. This included the digging of canals between the raised fields.

In five years of this practice, the local farmers were able to produce an average of ten metric tons of potato crop per hectare — far more than the one to four metric tons produced by other means today. The researchers also discovered that the raised fields, in conjunction with the water in the canals, provided protection against frost destruction, keeping the crops a few degrees warmer than the lower lying land areas.

Other research by Tuner and Harrison (1981) investigated the use of raised-field agriculture by the Maya in the lowlands of the Yucatan peninsula — a practice previously only speculated about based upon aerial observations  and photos — finding extensive and intensive utilization of raised and “channelized” fields by the Mayan population dating to at least 150 CE, but with some evidence (from charcoal sediments) dating the fields to 400 BCE. However, due to the possibility of redeposition of sediments in the construction of the fields, these older dates were deemed unreliable.

This most recent study provides greater evidence for a more ancient date to this practice and its continuous use, up until the arrival of Europeans.

The Benefits of Raised-Field Farming

Although more labor intensive, and providing lower yields per unit area, raised-field farming made up for this with higher-quality food. Further, the fire-free technique appears to have been beneficial for resisting flood and drought damage (typical cycles in the savanna regions), as the mounds permitted draining and aeration of the soil while still keeping it moist.

“This ancient, time-tested, fire-free land use could pave the way for the modern implementation of raised-field agriculture in rural areas of Amazonia. Intensive raised-field agriculture can become an alternative to burning down tropical forest for slash and burn agriculture by reclaiming otherwise abandoned and new savannah ecosystems created by deforestation. It has the capability of helping curb carbon emissions and at the same time provide food security for the more vulnerable and poorest rural populations.” [source: io9.com]

Today, much of the savannas of Amazonia are frequently the loci of fires and high carbon emissions due to similar harmful practices and fire contagion. But if these ancient findings are any model, there’s another way to provide food security for the current populations in these areas — one that provides a quality and resilient food source, maintains savanna ecology, and one that will help preserve a good portion of the Amazonian Rain Forest, which holds more than 50% of the world’s rain-forested land.

The paper Fire-free land use in pre-1492 Amazonian savannas (Iriarte et al) was published April 9, 2012 in Proceeding of the National Academy of Sciences,

Of course, most forest destruction (estimated at 80%) is for cattle ranching, with most of this meat going to Europe and richer nations. This problem can only be diminished through sustainable land-use policy, government regulation, and through wise consumer choices based upon sound eco-principles.

Still, if we can substitute slash and burn practices for crop farming with raised-field farming (or some expanded, modern version of it), we can make a serious cut in carbon emissions from this region, preserve and restore crucial savanna ecosystems (often over-looked when speaking of the rain forest) and perhaps save as much as 20% of the precious remaining Amazonian Rain Forest.

Some source material for this post came from the io9.com article: 1,000-year-old farming secrets could save the Amazon rainforest By Alasdair Wilkins